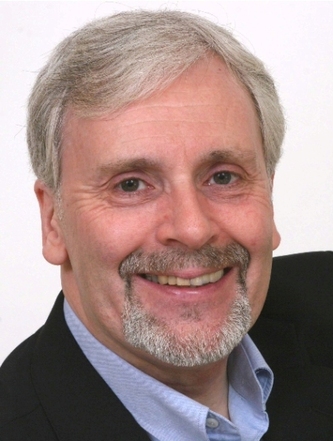 Stephen Booth is the author of 18 novels in the Cooper & Fry series, all set around England's Peak District, and a standalone novel DROWNED LIVES, published in August 2019.

The Cooper & Fry series has won awards on both sides of the Atlantic, and Detective Constable Cooper has been a finalist for the Sherlock Award for Best Detective created by a British author. The Crime Writers’ Association presented Stephen with the Dagger in the Library Award for “the author whose books have given readers most pleasure.”

The novels are sold all around the world, with translations in 16 languages. The most recent title is FALL DOWN DEAD.

A new Stephen Booth standalone novel with a historical theme, DROWNED LIVES, will be published in August 2019:
https://www.amazon.co.uk/Drowned-Live...

In recent years, Stephen has become a Library Champion in support of the UK’s ‘Love Libraries’ campaign. He's represented British literature at the Helsinki Book Fair in Finland, appeared with Alexander McCall Smith at the Melbourne Writers’ Festival in Australia, filmed a documentary for 20th Century Fox on the French detective Vidocq, taken part in online chats for World Book Day, taught crime writing courses, and visited prisons to talk to prisoners about writing.

He lives in Nottinghamshire.

Dancing with the Virgins (Ben Cooper & Diane Fry, #2)
Stephen Booth's award-winning novel, Black Dog, was hailed as an impressive performance (The Denver Post). Now, Constables Ben Cooper and Diane Fry must contend with a killer whose motives are shrouded in bloody history. DANCING WITH THE VIRGINS In a remote part of Northern England's Peak District stand the Nine Virgins -- ancient stone monoliths that harbor dark legends. Now, another figure has joined the circle: a young cyclist, her lifeless limbs arranged in a mocking dance. The killing eerily resembles an earlier attack that left a woman savagely disfigured. For Detectives Cooper and Fry, there are too many questions with no answers. Was there a prior connection between the two victims? What was the precious object that one of them carried? And who are the two mysterious drifters who practice strange rituals? All that Cooper and Fry know for certain is that innocent blood has been spilled on the barren moors -- and that the killing has only begun in the shadow of the Virgins....
03

Blind To The Bones (Ben Cooper & Diane Fry, #4)
The villagers of Withens are dying. Emma Renshaw vanished two years ago, her body never found. Now her former housemate has been bludgeoned, his remains discovered near a deserted railway tunnel. Is there a link between the two?

While Detective Sergeant Diane Fry focuses on Emma’s possible murder, her colleague Ben Cooper investigates a series of burglaries. Only one family seems exempt: the Oxleys. Descended from workmen who built the ancient tunnels beneath the village, they stick close to their own–and keep their secrets closer. Caught in the tangle of death and deception are Cooper and Fry. Their personal history and professional relationship have blurred before, and will again, as their cases converge in the most unsettling ways. . . .
05

How do you investigate the murder of a woman without a life? That is the challenge facing Cooper and Fry when a reclusive agoraphobic is found shot to death in her home by someone who took an exceptional amount of care in executing her murder. With no friends, no family, and virtually no contact with the outside world, the dead woman may have simply been an unlucky victim of a random homicide. Or was she hiding from a past that had finally come out of hiding to kill her?

At virtually the same time, a raging house fire claims the life of a young mother and two of her children. But as the debris is cleared, troubling questions remain in the ashes. Among them, how did the fire start, where was the husband at two a.m. the day of the blaze, and was it really the fire that killed his family?

Now, as Cooper faces the reemergence of a dark secret he'd hoped to forget, and Fry copes with problems both personal and professional, a horrific possibility begins to take shape: what if the two investigations are somehow connected? A killer is stalking the Peak District whose motives are a mystery and whose methods are unpredictable. And his next victims could very well be the only two cops who can stop him.
06

Around the ancient cave system in Derbyshire are thronging tourists, a medieval castle, and the thriving town of Castleton. With its underground tunnels and caverns, it’s the perfect place for a man to hide–or vanish. Detective Constable Ben Cooper and Detective Sergeant Diane Fry are looking for such a man, one who is on a rampage of revenge.

After thirteen years in prison, Mansell Quinn has emerged a man enraged. Hours after violating his parole, Quinn is the chief suspect in a fresh murder. And his original sin–the brutal killing of his lover–still haunts the valley. Because Quinn has always maintained his innocence, the people who lined up against him then are in dire danger now.

Ben may be one of those people, for he is the son of the cop who had arrested Quinn thirteen years earlier. But while his department races to find Quinn, Ben wonders if the man was indeed guilty of the first crime. Even when another new victim is found, Ben stubbornly clings to the old case–and makes himself an open target for a killer.

For Ben, the real story of Mansell Quinn is as hidden as the caves beneath them. His search for answers will lead him on a twisting, harrowing journey through that maze of darkness–into the shocking light of truth.


From the Hardcover edition.
08

The Dead Place (Ben Cooper & Diane Fry, #6)
“This killing will be a model of perfection. An accomplishment to be proud of. And it could be tonight or maybe next week. But it will be soon. I promise.”

The anonymous phone calls indicate a disturbed mind with an unnatural passion for death. Cooper and Fry are hoping against hope that the caller is just a harmless crank having some sick fun. But the clues woven through his disturbing messages point to the possibility of an all-too-real crime . . . especially when a woman vanishes from an office parking garage.

But it’s the mystery surrounding an unidentified female corpse left exposed in the woods for over a year that really has the detectives worried. Whoever she might have been, the dead woman is linked to the mystery caller, whose description of his twisted death rituals matches the bizarre manner in which the body was found. And the mystery only deepens when Cooper obtains a positive I.D. and learns that the dead woman was never reported missing and that she definitely wasn’t murdered. As the killer draws them closer into his confidence, Ben and Diane learn everything about his deadly obsessions except what matters most: his identity and the identity of his next victim. . . .
09

The Kill Call (Ben Cooper & Diane Fry, #9)
On a rain-swept Derbyshire moor, hounds from the local foxhunt find the body of a well-dressed man whose head has been crushed. Yet an anonymous caller reports the same body lying half a mile away.

Called in to investigate the discovery, detectives DS Diane Fry and DC Ben Cooper become entangled in the violent world of hunting and hunt saboteurs, horse theft and a little-known sector of the meat trade. As Fry follows a complex trail of her own to unravel the shady business interests of the murder victim, Cooper realizes that the answer to the case might lie deep in the past.

History is everywhere around him in the Peak District landscape -- particularly in the 'plague village' of Eyam, where an outbreak of Black Death has been turned into a modern-day tourist attraction.

But, even as the final solution is revealed, both Fry and Cooper find themselves having to face up to the disturbing reality of the much more recent past.
10

The Corpse Bridge (Ben Cooper & Diane Fry, #14)
The old Corpse Bridge is the route taken for centuries by mourners from villages on the western fringes of Derbyshire to a burial ground across the River Dove, now absorbed into the landscaped parkland of a stately home. When Earl Manby, the landowner, announces plans to deconsecrate the burial ground to turn it into a car park for his holiday cottages, bodies begin to appear once again on the road to the Corpse Bridge. Is there a connection with the Earl's plans? Or worse, is there a terrifying serial killer at work?

Back in his job after the traumatic events of previous months, Detective Sergeant Ben Cooper knows that he must unravel the mystery of the Corpse Bridge if he's going to be able to move on with his life. As the pressure builds, Ben doesn't know who he can trust and, when the case reaches breaking point, he has to make a call that could put everything - and everyone - at risk...