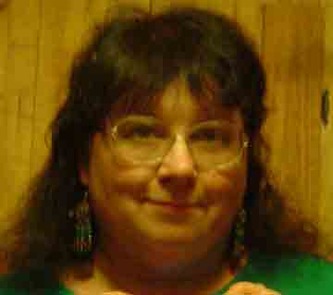 Elizabeth Ann Scarborough was born March 23, 1947, and lives in the Puget Sound area of Washington. Elizabeth won a Nebula Award in 1989 for her novel The Healer's War, and has written more than a dozen other novels. She has collaborated with Anne McCaffrey, best-known for creating the Dragonriders of Pern, to produce the Petaybee Series and the Acorna Series.

The Healer's War
A novel of the Vietnam War, with a magical, mystical twist.

Lt. Kitty McCulley, a young and inexperienced nurse tossed into a stressful and chaotic situation, is having a difficult time reconciling her duty to help and heal with the indifference and overt racism of some of her colleagues and with the horrendously damaged soldiers and Vietnamese civilians whom she encounters during her service at the China Beach medical facilities.

She is unexpectedly helped by the mysterious and inexplicable properties of an amulet, given to her by one of her patients, an elderly, dying Vietnamese holy man, which allows her to see other people's "auras" and to understand more about them as a result. This eventually leads to a strange, almost surrealistic journey through the jungle, accompanied by a one-legged boy and a battle-seasoned but crazed soldier and, by the end of the journey, McCulley has found herself and a way to live and survive through the madness and destruction.
02

Song of Sorcery (Argonian #1)
Maggie Brown was a hearthwitch, good at whipping up banquets and starting up fires. But her magic was not much good for tracking down her faery step-sister who'd run away with a gypsy. So she set out with Ching, the talking cat, and Colin Songsmith, a travelling minstrel, to bring back the beautiful Amberwine.
04

The Godmother's Apprentice (Godmother, #2)
A modern fairy godmother takes a young girl under her wing in this tale by the Nebula Award-winning author of The Godmother. Ireland proves a fertile training ground for Sno Quantrill. A gateway to Faerie, a door to the past, and a funeral procession for the King of the Cats bring together an unlikely group of comrades. And Sno's adventures are only just beginning.
06

The Unicorn Creed (Argonian #2)
In Song of Sorcery, Book 1 of Songs from the Seashell Archives, hearthwitch Maggie Brown met minstrel Colin Songsmith and a unicorn named Moonshine while saving both her sister and the kingdom. All in a quest's work for a girl who can magically do anything she can convince her power is housework.

To reward Maggie, the king makes her a princess, and therefore a good catch for the local noble bachelors. Only problem is, she doesn't want to get married. She wants to be with Moonshine, whose Unicorn Creed, as he understands it, forbids him to consort with anyone except a chaste maiden. It's rather a touchy situation, and so Princess Maggie abandons her crown and with Moonshine, she and Colin set out to see if they can find a loophole in Moonshine's creed.

Of course, in the process they have to try to save the land of Argonia again, this time from a were-man, a revolutionary nymph, a town's worth of zombies, an ice worm and an evil wizard.
07

The Godmother's Web (Godmother, #3)
The award-winning author of the acclaimed Godmother novels introduces a new Godmother -- a Native American woman, known simply as "Grandma", who will weave a web of unforgettable magic and change the life of one young woman forever...
08

The Harem of Aman Akbar
By his genie's standards, Aman Akbar was a pervert. He was not content to marry his cousin, the beauteous Hyaganoosh, as custom demanded. Instead he chose three ugly foreign wives--a pale skinned barbarian Rasa, a sharp-tongued Chinese acrobat, Lady Aster, and the tall ebony skinned 100th daughter of the Great Elephant, Amollia.
Just about the time the women were sorting out the whole polygamy thing and dealing with their new mother-in-law, Um Aman, Aman Akbar lost control of the genie and got turned into a white ass (it happens a lot in the Arabian Nights) at the wish of none other than Hyaganoosh.
What's a foreign wife to do? The three women and Aman Akbar's mother have no choice but to seek a way to undo the spell and restore the fellow to his former shape and state but along the way they have some hair raising adventures involving monkeys, shape shifters called peris, the dangerous divs who make the djinn look jolly, and a rather nice elephant.
09

Nothing Sacred
In the 21st century, overeducated and unemployable Viveka relunctantly joins the army. On her first mission, she is shot down and marched through the Tibetan Himalayas to a secret POW camp where Viveka notices that neither she nor her fellow cellmates can remember how long they've been incarcerated.