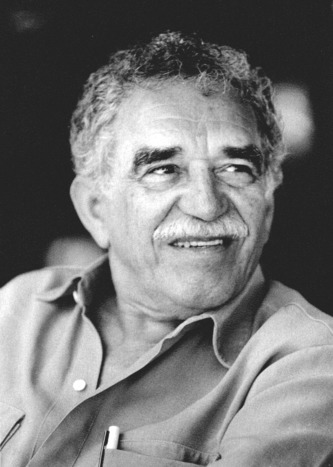 Gabriel José de la Concordia Garcí­a Márquez was a Colombian novelist, short-story writer, screenwriter and journalist. Garcí­a Márquez, familiarly known as "Gabo" in his native country, was considered one of the most significant authors of the 20th century. In 1982, he was awarded the Nobel Prize in Literature.

He studied at the University of Bogotá and later worked as a reporter for the Colombian newspaper El Espectador and as a foreign correspondent in Rome, Paris, Barcelona, Caracas, and New York. He wrote many acclaimed non-fiction works and short stories, but is best-known for his novels, such as One Hundred Years of Solitude (1967) and Love in the Time of Cholera (1985). His works have achieved significant critical acclaim and widespread commercial success, most notably for popularizing a literary style labeled as magical realism, which uses magical elements and events in order to explain real experiences. Some of his works are set in a fictional village called Macondo, and most of them express the theme of solitude.

Having previously written shorter fiction and screenplays, García Márquez sequestered himself away in his Mexico City home for an extended period of time to complete his novel Cien años de soledad, or One Hundred Years of Solitude, published in 1967. The author drew international acclaim for the work, which ultimately sold tens of millions of copies worldwide. García Márquez is credited with helping introduce an array of readers to magical realism, a genre that combines more conventional storytelling forms with vivid, layers of fantasy.

Another one of his novels, El amor en los tiempos del cólera (1985), or Love in the Time of Cholera, drew a large global audience as well. The work was partially based on his parents' courtship and was adapted into a 2007 film starring Javier Bardem. García Márquez wrote seven novels during his life, with additional titles that include El general en su laberinto (1989), or The General in His Labyrinth, and Del amor y otros demonios (1994), or Of Love and Other Demons.

Gabriel García Márquez is the author of books: One Hundred Years of Solitude, Love in the Time of Cholera, Chronicle of a Death Foretold, Of Love and Other Demons, Memories of My Melancholy Whores, El coronel no tiene quien le escriba, The Autumn of the Patriarch, No One Writes to the Colonel and Other Stories, The General in His Labyrinth, Strange Pilgrims

One Hundred Years of Solitude
The brilliant, bestselling, landmark novel that tells the story of the Buendia family, and chronicles the irreconcilable conflict between the desire for solitude and the need for love—in rich, imaginative prose that has come to define an entire genre known as "magical realism."
02

Love in the Time of Cholera
In their youth, Florentino Ariza and Fermina Daza fall passionately in love. When Fermina eventually chooses to marry a wealthy, well-born doctor, Florentino is heartbroken, but he is a romantic. As he rises in his business career he whiles away the years in 622 affairs—yet he reserves his heart for Fermina. Her husband dies at last, and Florentino purposefully attends the funeral. Fifty years, nine months, and four days after he first declared his love for Fermina, he will do so again.
03

Chronicle of a Death Foretold
A man returns to the town where a baffling murder took place twenty-seven years earlier, determined to get to the bottom of the story. Just hours after marrying the beautiful Angela Vicario, everyone agrees, Bayardo San Roman returned his bride in disgrace to her parents. Her distraught family forced her to name her first lover; and her twin brothers announced their intention to murder Santiago Nasar for dishonoring their sister.

Yet if everyone knew the murder was going to happen, why did no one intervene to try and stop it? The more that is learned, the less is understood, and as the story races to its inexplicable conclusion, an entire society--not just a pair of murderers—is put on trial.
04

Of Love and Other Demons
On her twelfth birthday, Sierva Maria, the only child of a decaying noble family in an eighteenth-century South American seaport, is bitten by a rabid dog. Believed to be possessed, she is brought to a convent for observation. And into her cell stumbles Father Cayetano Delaura, who has already dreamed about a girl with hair trailing after her like a bridal train. As he tends to her with holy water and sacramental oils, Delaura feels something shocking begin to occur. He has fallen in love, and it isn't long until Sierva Maria joins him in his fevered misery.

Unsettling and indelible, Of Love and Other Demons is an evocative, majestic tale of the most universal experiences known to woman and man.
05

Memories of My Melancholy Whores
On the eve of his ninetieth birthday a bachelor decides to give himself a wild night of love with a virgin. As is his habit–he has purchased hundreds of women–he asks a madam for her assistance. The fourteen-year-old girl who is procured for him is enchanting, but exhausted as she is from caring for siblings and her job sewing buttons, she can do little but sleep. Yet with this sleeping beauty at his side, it is he who awakens to a romance he has never known.

Tender, knowing, and slyly comic, Memories of My Melancholy Whores is an exquisite addition to the master’s work.
--back cover
06

From charity to deceit, benevolence to violence, fear of God to extreme cruelty, the dictator of The Autumn of the Patriarch embodies the best but also the worst of human nature. Gabriel Garcia Marquez, the renowned master of magical realism, vividly portrays the dying tyrant caught in the prison of his own dictatorship. Employing an innovative, dreamlike style, and overflowing with symbolic descriptions, the novel transports the reader to a world that is at once fanciful and vividly real.
08

No One Writes to the Colonel and Other Stories
Written with compassionate realism and wit, the stories in this mesmerizing collection depict the disparities of town and village life in South America, of the frightfully poor and the outrageously rich, of memories and illusions, and of lost opportunities and present joys.
09

The General in His Labyrinth
(Book Jacket Status: Jacketed)

Gabriel García Márquez's most political novel is the tragic story of General Simón Bolívar, the man who tried to unite a continent.

Bolívar, known in six Latin American countries as the Liberator, is one of the most revered heroes of the western hemisphere; in García Márquez's brilliant reimagining he is magnificently flawed as well. The novel follows Bolívar as he takes his final journey in 1830 down the Magdalena River toward the sea, revisiting the scenes of his former glory and lamenting his lost dream of an alliance of American nations. Forced from power, dogged by assassins, and prematurely aged and wasted by a fatal illness, the General is still a remarkably vital and mercurial man. He seems to remain alive by the sheer force of will that led him to so many victories in the battlefields and love affairs of his past. As he wanders in the labyrinth of his failing powers-and still-powerful memories-he defies his impending death until the last.

The General in His Labyrinth is an unforgettable portrait of a visionary from one of the greatest writers of our time.
10

Strange Pilgrims
In Barcelona, an aging Brazilian prostitute trains her dog to weep at the grave she has chosen for herself. In Vienna, a woman parlays her gift for seeing the future into a fortunetelling position with a wealthy family. In Geneva, an ambulance driver and his wife take in the lonely, apparently dying ex-President of a Caribbean country, only to discover that his political ambition is very much intact.

In these twelve masterful short stories about the lives of Latin Americans in Europe, García Márquez conveys the peculiar amalgam of melancholy, tenacity, sorrow, and aspiration that is the émigré experience.