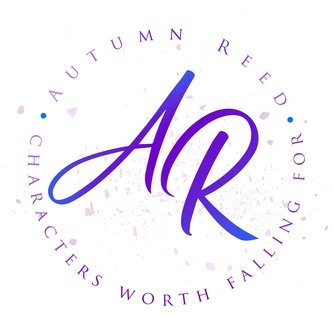 Autumn is a lifelong bookworm with a penchant for sarcasm. She loves cloudy days, fluffy dogs, and murdering succulents. When she isn't bringing daydreams to life on the page, she can be found behind the lens of a digital camera or binge-watching Veronica Mars.

All Haley Jones wants for her eighteenth birthday is answers. Thanks to an overprotective dad and a secluded existence in the Sierra Nevada wilderness, Haley has never experienced a typical life. Her dad claims there’s a good reason for their isolation, but he refuses to tell her why, delaying her questions with the promise of answers when she turns eighteen. That day has finally arrived, but the explanation raises more questions than answers. And when Haley wishes for the chance to explore the world, she finds that the old adage rings true—be careful what you wish for.

Draco (The Stardust Series, #2)
It’s been two weeks since Haley Jones turned eighteen and her life was turned upside down. While searching for her dad, Haley is adjusting to life in Santa Cruz with a new job and friends. Surrounded by six dangerously appealing guys, she’s still trying to figure out just who Liam, Knox, Ethan, Chase, Theo, and Jackson are and what they do. From a twenty-first birthday party to a swanky costume gala, Haley discovers just how difficult it can be to fit in and that maybe it’s okay to stand out.
03

Pyxis (The Stardust Series, #3)
Haley Jones already thought her life was complicated, but after the events of the gala, she is in desperate need of direction—if only there was a compass for locating her missing dad or navigating relationships. Despite her efforts to gain independence and forge her own identity, she still feels adrift in her new life. And, when things heat up with Liam, Knox, Ethan, Chase, Theo, and Jackson, Haley finds herself in uncharted territory, torn between attraction and frustration. When tensions rise within the group, will Haley be the one to pull the guys together or tear them apart?
04

Chamaeleon (The Stardust, #4)
Haley
“For the last seven months, my life practically revolved around 'my' guys—they kept me safe, made me laugh, and embraced me as one of their own. And, now, the unimaginable was happening. I was turning my back on the life I created with them. There would be no more duets with Chase, tickle fights with Theo, stargazing with Ethan, running with Knox, relaxing with Jackson, or cooking with Liam. In other words, I was walking away from the place—and the people—that had become my new home.”

Knox
“Theo opened his mouth like he was going to say something but then shut it again. The truth was, there was nothing left to say. We had to either compete for her heart or let her go, and both options were incomprehensible. Even if she chose me, could I live with the guilt of knowing I stole her away from my brother and best friends? And, if she chose someone else, would I ever get over her?”
05

Vega (The Stardust, #5)
Note to Readers: Chamaeleon (Book 3.5 of The Stardust Series) must be read before Vega to fully understand the storyline.

Haley walked away from Knox, Theo, Chase, Jackson, and Liam, believing it was the best thing for everyone. But, when Theo and Knox appear in Portland months later, pleading for her to come home, she can’t find the strength to refuse.

With a radical plan in place, Haley returns to Santa Cruz, more determined than ever to keep Team Jaguar intact. Will her growing connection with each of the guys ultimately lead to happiness, or will it all end in heartbreak?
06

Touch Of Regret (The Collectors, #1)
The day I truly started to live, I sentenced him to die.

At twenty-four, I'd resigned myself to a simple life following in my mother's footsteps. I would manage the antique shop she left me and marry a kind, stable man. Most importantly, I would never tell a soul about my psychic abilities.

But with a single, intentional touch and a vision of the past, I set events in motion that expose my secret. I’m part of a world I never knew existed, and my new allies are dismantling my carefully constructed walls.

Except, those walls had a purpose--they kept me hidden.

Now, my abilities make me a target.

And my mere existence is endangering everyone I care about.

My name is Adele Rose, and I know nothing but regret.
07

Unsure how to react to Knox’s simple but life-changing declaration, Haley focuses all her energy on the guys and her Zenith training, hoping the rest will fall into place. Still, as her love for Knox, Theo, Chase, Liam, and Jackson deepens, she worries their connection won’t be enough.

When an unexpected encounter magnifies her fears, she realizes she'll have to make a choice after all. Will Haley find a way to accept her unconventional relationship with Team Jaguar, or will she risk losing them forever?
08

Scarlett XOXO
Some stories should never be told. Others have to be—it’s the only way.

Since moving back to my hometown of Hastings, Texas, I’ve been called a whore, tramp, and homewrecker. And maybe I’m all of those things and more.

But those people don’t know me. They don’t see me. They only see my mistakes.

My little brother is my entire world, and if I can give him what I never had—love and security—then returning to the town that hates me will be worth it.

I’m prepared for the whispers and stares, but the moment a knight in a black truck crosses my path, it’s clear that I’m not ready for kindness. As he, my brother’s sexy teacher, and the town’s golden boy work to break down my walls by standing between me and the hate, I find myself beginning to hope again.

Maybe redemption is within reach...if I share my story.


**Scarlett XOXO is a 125,000 word, standalone reverse harem romance. Though cheating is a theme throughout the book, there is no cheating between the main characters.
09

That's right—I'm a banshee. And I’m locked up in Nightmare Penitentiary with no hope of escape. I don't expect to be rescued by handsome Fae princes, either, since the last ones I had a crush on put me here.

Now, the princes are here to rattle my cage, and they’re just as handsome and judgmental as I remember. I’d tell them exactly what I think about them, but in addition to stealing my freedom, they’ve taken my voice.

Spineless (Lonely Souls, #1)
Eight years ago, I believed I’d finally found a place to call home. My mother’s marriage to Vincent Sharpe meant security and three stepbrothers who were already my best friends.

But Mom’s mysterious death one week before the wedding turned my world upside down. The day of her funeral, I was whisked away to live with my aunt in Kansas, and I never heard from the Sharpes again...

Until a devastating tornado leaves me destitute.

Now, Vincent is offering me the opportunity of a lifetime—he’ll pay for my tuition and expenses at an exclusive university. All I have to do is move back in with him and his sons.

Knowing this is my one chance to discover what really happened to my mother, I grudgingly accept. But if I thought living in the same house with a potential murderer was going to be my biggest obstacle, I couldn’t have been more wrong.

Leo, Hayle, and Tristin Sharpe are no longer the boys I remember. They're all grown up, with the adult attitudes, tensions, and sex appeal to prove it. They aren’t my problem anymore. Yet, somehow, they keep drawing me into their web of drama.

I might be the only person who can fix what’s broken between them. But I don't trust that they won't shatter me in the process.


*The Lonely Souls trilogy is a contemporary reverse harem series inspired by the main characters in The Wonderful Wizard of Oz...except, this version of Dorothy and her friends is a little twisted.