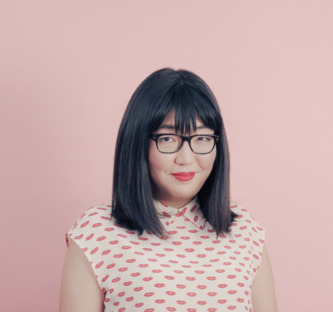 But one day Lara Jean discovers that somehow her secret box of letters has been mailed, causing all her crushes from her past to confront her about the letters: her first kiss, the boy from summer camp, even her sister's ex-boyfriend, Josh.

As she learns to deal with her past loves face to face, Lara Jean discovers that something good may come out of these letters after all.
02

P.S. I Still Love You (To All the Boys I've Loved Before, #2)
Lara Jean didn’t expect to really fall for Peter.
She and Peter were just pretending. Except suddenly they weren’t. Now Lara Jean is more confused than ever.
When another boy from her past returns to her life, Lara Jean’s feelings for him return too. Can a girl be in love with two boys at once?

In this charming and heartfelt sequel to the New York Times bestseller To All the Boys I've Loved Before, we see first love through the eyes of the unforgettable Lara Jean. Love is never easy, but maybe that’s part of what makes it so amazing.
03

The Summer I Turned Pretty (Summer, #1)
Belly measures her life in summers. Everything good, everything magical happens between the months of June and August. Winters are simply a time to count the weeks until the next summer, a place away from the beach house, away from Susannah, and most importantly, away from Jeremiah and Conrad. They are the boys that Belly has known since her very first summer—they have been her brother figures, her crushes, and everything in between. But one summer, one terrible and wonderful summer, the more everything changes, the more it all ends up just the way it should have been all along.
04

Always and Forever, Lara Jean (To All the Boys I've Loved Before, #3)
Lara Jean is having the best senior year.

And there’s still so much to look forward to: a class trip to New York City, prom with her boyfriend Peter, Beach Week after graduation, and her dad’s wedding to Ms. Rothschild. Then she’ll be off to college with Peter, at a school close enough for her to come home and bake chocolate chip cookies on the weekends.

At least, that’s what Lara Jean thinks . . . until she gets some unexpected news.

Now the girl who dreads change must rethink all her plans—but when your heart and your head are saying two different things, which one should you listen to?
05

It's Not Summer Without You (Summer, #2)
Belly finds out what comes after falling in love in this follow-up to The Summer I Turned Pretty from the New York Times bestselling author of To All the Boys I’ve Loved Before (soon to be a major motion picture!), Jenny Han.

Can summer be truly summer without Cousins Beach?

It used to be that Belly counted the days until summer, until she was back at Cousins Beach with Conrad and Jeremiah. But not this year. Not after Susannah got sick again and Conrad stopped caring. Everything that was right and good has fallen apart, leaving Belly wishing summer would never come.

But when Jeremiah calls saying Conrad has disappeared, Belly knows what she must do to make things right again. And it can only happen back at the beach house, the three of them together, the way things used to be. If this summer really and truly is the last summer, it should end the way it started—at Cousins Beach.
06

We'll Always Have Summer (Summer, #3)
It's been two years since Conrad told Belly to go with Jeremiah. She and Jeremiah have been inseparable ever since, even attending the same college—only, their relationship hasn't exactly been the happily ever after Belly had hoped it would be. And when Jeremiah makes the worst mistake a boy can make, Belly is forced to question what she thought was true love. Does she really have a future with Jeremiah? Has she ever gotten over Conrad? It's time for Belly to decide, once and for all, who has her heart forever.
07

KAT is sick and tired of being bullied by her former best friend.

LILLIA has always looked out for her little sister, so when she discovers that one of her guy friends has been secretly hooking up with her, she’s going to put a stop to it.

MARY is perpetually haunted by a traumatic event from years past, and the boy who’s responsible has yet to get what’s coming to him.

None of the girls can act on their revenge fantasies alone without being suspected. But together…anything is possible.

With an alliance in place, there will be no more “I wish I’d said…” or “If I could go back and do things differently...” These girls will show Jar Island that revenge is a dish best enjoyed together.
08

Lillia, Kat, and Mary had the perfect plan. Work together in secret to take down the people who wronged them. But things didn’t exactly go the way they’d hoped at the Homecoming Dance.

For now, it looks like they got away with it. All they have to do is move on and pick up the pieces, forget there ever was a pact. But it’s not easy, not when Reeve is still a total jerk and Rennie’s meaner than she ever was before.

And then there’s sweet little Mary…she knows there’s something seriously wrong with her. If she can’t control her anger, she’s sure that someone will get hurt even worse than Reeve was. Mary understands now that it’s not just that Reeve bullied her—it’s that he made her love him.

Eye for an eye, tooth for a tooth, burn for a burn. A broken heart for a broken heart. The girls are up to the task. They’ll make Reeve fall in love with Lillia and then they will crush him. It’s the only way he’ll learn.

The Summer I Turned Pretty Trilogy: The Summer I Turned Pretty; It's Not Summer Without You; We'll Always Have Summer
Belly has always lived for the summertime because it means all her favorite things: swimming, the beach and the Fisher boys, Conrad and Jeremiah. She has spent every summer with them at Cousins Beach for as long as she can remember. She has always been in love with Conrad and finally, one summer, it seems like he might have feelings for her too. But it turns out, so does Jeremiah.

As the summers go on, Belly has to choose between two brothers who love her as she comes to the realization that she will have to break one of their hearts.

For the first time, all three Summer novels are in one collection, including The Summer I Turned Pretty, It's Not Summer Without You and We'll Always Have Summer.
10

is clever and brave and true (on the inside, anyway). And she's about to become your new best friend.

Annemarie Wilcox, or Shug as her family calls her, is beginning to think there's nothing worse than being twelve. She's too tall, too freckled, and way too flat-chested. Shug is sure that there's not one good or amazing thing about her. And now she has to start junior high, where the friends she counts most dear aren't acting so dear anymore -- especially Mark, the boy she's known her whole life through. Life is growing up all around her, and all Shug wants is for things to be like they used to be. How is a person supposed to prepare for what happens tomorrow when there's just no figuring out today?