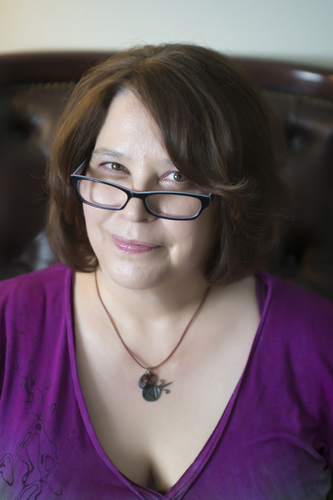 Rachel Caine is a pen name of Roxanne Longstreet Conrad.

Stillhouse Lake (Stillhouse Lake, #1)
Gina Royal is the definition of average—a shy Midwestern housewife with a happy marriage and two adorable children. But when a car accident reveals her husband’s secret life as a serial killer, she must remake herself as Gwen Proctor—the ultimate warrior mom.

With her ex now in prison, Gwen has finally found refuge in a new home on remote Stillhouse Lake. Though still the target of stalkers and Internet trolls who think she had something to do with her husband’s crimes, Gwen dares to think her kids can finally grow up in peace.

But just when she’s starting to feel at ease in her new identity, a body turns up in the lake—and threatening letters start arriving from an all-too-familiar address. Gwen Proctor must keep friends close and enemies at bay to avoid being exposed—or watch her kids fall victim to a killer who takes pleasure in tormenting her. One thing is certain: she’s learned how to fight evil. And she’ll never stop.
02

Glass Houses (The Morganville Vampires, #1)
From the author of the popular Weather Warden series comes the debut of an exciting new series set in Morganville, Texas, where you would be well advised to avoid being out after dark.

College freshman Claire Danvers has had enough of her nightmarish dorm situation. When Claire heads off-campus, the imposing old house where she finds a room may not be much better. Her new roommates don't show many signs of life, but they'll have Claire's back when the town's deepest secrets come crawling out, hungry for fresh blood. Will she be able to face the town's terror or will she drown like everyone else?
03

Midnight Alley (The Morganville Vampires, #3)
MORGANVILLE IS SUCH A NICE PLACE TO LIVE... AND DIE. IF YOU DON'T MIND THAT SORT OF THING. When Claire Danvers learnt that her college town was run by vampires, she did what any intelligent, self-preserving student would do: she applied for a transfer and stocked up on garlic. The transfer is no longer an option, but that garlic may come in handy. Now Claire has pledged herself to Amelie, the most powerful vampire in town. The protection her contract secures does little to reassure her friends. All of a sudden, people are turning up dead, a stalker resurfaces from Claire's past, and an ancient bloodsucker extends a chilling invitation for private lessons in his secluded home.
04

The Dead Girls' Dance (The Morganville Vampires, #2)
Claire Danvers has her share of challenges---like being a genius in a school that favors beauty over brains, dealing with the homicidal girls in her dorm, and above all, finding out that her college town is overrun with vampires. On the up side, she has a great roommate (who tends to disappear at sunup) and a new boyfriend named Shane, whose vampire-hunting dad has called in backup: cycle punks who like the idea of killing just about anything.

Now a fraternity is throwing its annual Dead Girls' Dance and---surprise!---Claire and her equally outcast best friend, Eve, have been invited. When they find out why, all hell is going to break loose. Because this time both the living and the dead are coming out---and everybody's hungry for blood.
05

Feast of Fools (The Morganville Vampires, #4)
The wait is over. dig into the feast...

In the town of Morganville, vampires and humans live in relative peace. Student Claire Danvers has never been convinced, though, especially with the arrival of Mr. Bishop, an ancient, old-school vampire who cares nothing about harmony. What he wants from the town's living and its dead is unthinkably sinister. It's only at a formal ball, attended by vampires and their human dates, that Claire realizes the elaborately evil trap he's set for Morganville.
06

In the small college town of Morganville, vampires and humans lived in (relative) peace-until all the rules got rewritten when the evil vampire Bishop arrived, looking for the lost book of vampire secrets. He's kept a death grip on the town ever since. Now an underground resistance is brewing, and in order to contain it, Bishop must go to even greater lengths. He vows to obliterate the town and all its inhabitants-the living and the undead. Claire Danvers and her friends are the only ones who stand in his way. But even if they defeat Bishop, will the vampires ever be content to go back to the old rules, after having such a taste of power?
07

Lord of Misrule (The Morganville Vampires, #5)
In the college town of Morganville, vampires and humans coexist in (relatively) bloodless harmony. Then comes Bishop, the master vampire who threatens to abolish all order, revive the forces of the evil dead, and let chaos rule. But Bishop isn't the only threat.

Violent black cyclone clouds hover, promising a storm of devastating proportions as student Claire Danvers and her friends prepare to defend Morganville against elements both natural and unnatural.
08

Killman Creek (Stillhouse Lake, #2)
Every time Gwen closed her eyes, she saw him in her nightmares. Now her eyes are open, and he’s not going away.

Gwen Proctor won the battle to save her kids from her ex-husband, serial killer Melvin Royal, and his league of psychotic accomplices. But the war isn’t over. Not since Melvin broke out of prison. Not since she received a chilling text…

Her refuge at Stillhouse Lake has become a trap. Gwen leaves her children in the protective custody of a fortified, well-armed neighbor. Now, with the help of Sam Cade, brother of one of Melvin’s victims, Gwen is going hunting. She’s learned how from one of the sickest killers alive.

But what she’s up against is beyond anything she feared—a sophisticated and savage mind game calculated to destroy her. As trust beyond her small circle of friends begins to vanish, Gwen has only fury and vengeance to believe in as she closes in on her prey. And sure as the night, one of them will die.
09

Fade Out (The Morganville Vampires, #7)
Withoutthe evil vampire Bishop ruling over the town of Morganville,the resident vampires have made major concessions to the human population. With their newfound freedoms, Claire Danvers and her friends are almost starting to feel comfortable again…

Now Claire can actually concentrate on her studies, and her friend Eve joins the localtheatrecompany. But when one of Eve’s castmates goes missingafter starting work on a shortdocumentary, Eve suspects the worst. Claire and Eve soon realize that this film project, whose subjectis the vampires themselves, is a wholelot bigger—andway more dangerous—than anyone suspected.
10

Vampire musician Michael Glass has attracted the attention of a big- time producer who wants to cut a demo and play some gigs-which means Michael will have to enter the human world. For this, he's been assigned escorts that include both a dangerous immortal as well as Michael's all-too-human friends. And with that mix of personalities, this is going to be a road trip from hell...