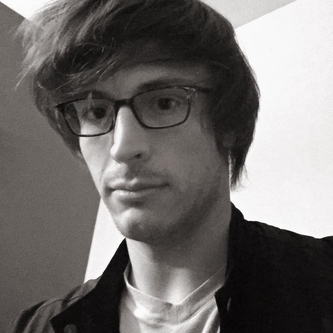 Colin Bundschu is a starving graduate student fighting his way through snow and physics in Ithaca, NY. Notoriously single, and less notoriously debonair, he fears only two things: knives and escalators. He’s also a connoisseur of fine handshakes, so be sure to lotion up before meeting him.

But let’s get real for a second. Who is Colin Bundschu? The truth is, no one really knows. Some say that he crawled from the mouth of a volcano, spewed from Earth’s fiery core like a human hairball. Others suggest that scientists created him in a deranged experiment to create a delicious hybrid between Taco Bell and Mountain Dew. And yet some still contend that he arrived one day in the mail, a misdelivered infomercial product with no return label. Whatever his origins, he’s very handsome. And single. Did we mention that last part? Just saying…

Colin Bundschu is the author of books: Super Herpes: A nerd's harrowing story of dating, debauchery, and disillusionment in Silicon Valley

Super Herpes: A nerd's harrowing story of dating, debauchery, and disillusionment in Silicon Valley
For many, the search for love is one of the greatest and most rewarding challenges in life. But what happens when it becomes more than just a search? When it becomes a passion? An OBSESSION?

Such was the cost of ambition for one young software engineer in the high-tech wonderland of Silicon Valley. Faced with the daunting prospect of living in a subculture packed with men, he was driven to increasingly desperate lengths as he battled technology and fellow humans alike to find love.

JOIN HIM ON THIS EPIC JOURNEY, fending off knives, strangulation, corporate vice presidents, and of course “Super Herpes” on his mad search for romance. As you follow his tale, discover the darker, nerdier side of the land that gave birth to our magical computers. But should you proceed, we can’t promise you’ll come out unscathed. You might just catch something along the way.