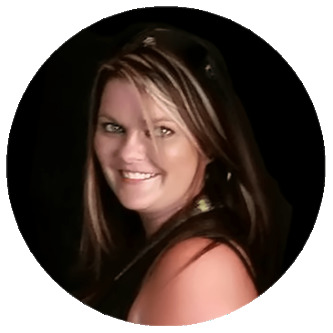 Kristy Cunning always loves a good laugh, and lives and breathes the emotions of the characters she becomes attached to.

Though she came from a family of musicians, she has zero abilities with instruments; she sounds like a strangled cat when she sings; and her dancing is downright embarrassing. Just ask anyone who knows her. Her creativity rests solely in the written word. Her family is grateful that she gave up her quest to become a famous singer.
​
Kristy Cunning is one of the pen names C.M. Owens writes under.

Four Psychos (The Dark Side #1)
I'm not so different from most people.
Like everyone else, I have life goals.

Goal #1: Become a real girl instead of this invisible ghost thing I currently am.

Goal #2: Convince the four men I've been haunting for the past five years to pick me to be their new toy after goal one is complete.

Goal #3: Figure out who/what I am and why I can't remember anything past the five years I've been haunting this quad.

See? Perfectly normal. Sort of.
Gotta start small, after all.
It's not like anyone else is perfect either.

Three Trials (The Dark Side, #2)
So, I've checked off some life goals and added a few new ones to my list.

Goal #5: Get out of hell's belly without letting my ungrateful charges die.

Goal #7: Stop wasting my breath on lectures and start annoying the quad hell squad every time they annoy me. Fight fire with fire. Ha! Another hell pun.

Goal 8: Find out who the hell killed me.

I'll add more. I don't want to overwhelm myself before I even finish checking off my old goals. But seriously, I really do need a more badass name, considering how much I have to keep saving my damsels in distress.

I probably shouldn't call them damsels, since they're a little murderous and all.

Maybe I should add seeing a hell-certified psychologist to my list of goals.

Gypsy Blood (All The Pretty Monsters, #1)
I'm not all that special, really. Or uncommon. I'm sure there are a lot of girls with old gypsy blood who see the dead, have killer cults hunting their family, and turn into something that gets scary when they panic. Yep. Completely unoriginal, if I do say so myself.
Move along. Nothing to see here. Nope. I'm just an ordinary girl.

I wish people would believe that.

I've been labeled as one thing or another for most of my life:
Death Girl.
Crazy Gypsy Girl.
Gothic Chick.
Monster...

It took my mother's death for me to finally start getting answers about what's really been going on. Unfortunately, most of the answers come from men...who aren't just men. Somehow, I've gone and landed myself in a world truly filled with monsters, and I'm starting to think this is where I should have been all along.

Only...I don't understand what's going on. I'm walking into the middle of a story that's thousands of years old, and I'm the new girl on the block who doesn't have a clue how this world even works. My only guides happen to be the most lethal of the bunch.

I've gone and drawn attention to myself, and the ones paying attention are the ones everyone else seems to fear.

How do these things always happen to me?

Gypsy Freak (All The Pretty Monsters, #2)
What's it like to be a monster in a town full of monsters, who don't know you're a monster?
Complicated and a little scary, but doable.

What's it like to be the girl who can't die...that everyone seems to always want to kill?
Frustrating as hell.

What's it like to accidentally raise psychotic alpha vampire everyone fears, who drops a lot of bodies on his first day out as a 'gift' for your troubles?
Terrifying, if I'm being honest.

What's it like when that crazed vampire tells you he wants you to be the happy little intermission, during an ongoing ancient story, and expects you to use your vagina to draw in a werewolf alpha, a Van Helsing alpha, and a sexual deviant alpha, so he can have his old friends back?
That's when a girl has to stop, look around, and question her life choices.

I really don't know how this stuff keeps happening to me. Life was simpler when it was just me accidentally blowing myself up while trying to create potions and shampoo.

I've lived my life in such secrecy that I've spent most of it lonely. So lonely, in fact, that my best friend is a delusional ghost. I'd rather focus on her than all the crazy things happening in my life at current. Ever since coming to this town, I've had my throat slit by vampires, attracted way too much attention from some powerful alphas, and did a lot of regrettably stupid things because...I'm too gullible for shady monsters.

Meanwhile, I'm still left to figure it all out on my own, because, just like me, no one wants to share their secrets.

Two Kingdoms (The Dark Side #3)
I'm getting a little tired of completing my goals, only to have the bar raised too substantially for me to transition at a productive pace...
I started off as a sad little ghost with an impossible crush on four really hot, Gothic guys with some attitude problems. Now I'm The Apocalypse, they're the Four Horsemen, and Lucifer is my fucked up daddy. Now my additional goals look like this?

Goal #9: Make a deal with the Devil without getting cheated, manipulated, or tricked.

Goal #10: Make my boys love me and take over the world...okay...so maybe just that first part. That second part sounds like it could take too much ambition, and I just don't have the drive for that.

Goal #13: Find out if my siblings or my father killed me and my boys...

Gypsy Origins (All The Pretty Monsters #3)
I'm like a snowball rolling downhill.

That's the first thing that pops into my mind when I try to explain my life. I don't know exactly 'what' I am, but I do know who I am.

Sometimes life sends things your way that upend everything you thought you knew, and then slings you in another direction without any sort of harness or warning.

Sometimes it drops someone like me off in the path of four wildly different monsters, who all used to be best friends, but now sort of hate each other and compete over absolutely everything, including...me.

Life would be easier if I wasn't already attached to those four monsters, but they occasionally let their guard down around me, and I get a glimpse of what has to stay hidden under all those snowball layers, since they already rolled downhill a long time ago.

I'm really tired of feeling like my vagina is cursed, but that's obviously lower on the list of priorities. But in my vagina's defense, it may not do tricks, but I keep it pretty. It shouldn't keep scaring men/monsters off so easily, and it's honestly starting to make me feel a little insecure.

Anyway, I'm finally closer than ever to having all the answers. So long as no new secrets emerge.

Gypsy Moon (All The Pretty Monsters, #4)
Imagine searching your whole life for answers, and then finally finding them. A part of you is excited to know the truth. Another part of you is damaged, because you realize why it was so hard to learn answers.

In the midst of all of it, the four monsters I've gotten too attached to are about to be reunited with the one woman they all once loved so deeply that they sacrificed everything to have an eternity with her.

They said they hated Arion, but I never see hatred when they're around him. I see frustration, resentment, anger, and pain, but never hatred.

They say they hate Idun, but until she returns, I won't know how true that really is. All the pretty monsters don't have simple emotions, because everyone has lived so long that it's gotten entirely too complicated to feel anything too much.

The only way to figure out what happens next is to stop stalling and start doing, while silently hoping it doesn't cost me everything I never knew I wanted...until it landed in my lap.

My life sucks so hard sometimes.

Gypsy Rising (All the Pretty Monsters, #5)
Sing, gypsies, sing of your lies...

That old song plays in my head, as the world turns around me faster than it has ever turned.

Fear and apprehension. That's become the normal for those around me.

Dread and distraction. That's what has interrupted my own personal romance story with my mon-star quad.

Vengeance and retribution. That was the theme of the monster world long before I landed in it, and it's starting to heat up more than ever.

Jabs from a complicated, ancient past keep coming so much and so quickly that I've grown desensitized to them. Which is a good thing, since I'm about to need a thick skin.

I guess it's time to see if I can handle being in the middle, because that's where I'm about to put myself. My mother always did accuse me of being a masochist. I'm starting to think she must be right.

I suppose it's time to find out who wins. I don't fight pretty, and I'm not that great at smack talk.

It's not that they're not worth fighting for. I just don't want to have to fight for them. Not when when I'm fighting bigger battles already. Either we're in this together, or I'm on my own. That's for them to decide on their own.

One Apocalypse (The Dark Side, #4)
The life goals have stacked up since I started this journey as a sad, lonely little ghost. I’m not sure how things escalated so quickly from trying to be seen and heard, to bearing the weight of the world on my vain little shoulders.
As a result, my goals have gotten a little more serious…

Goal #14: Learn to take a hit without breaking or suffering some type of death.

Goal #15: Decide once and for all if I’m going to save or destroy the world. I’m not sure why people put this sort of responsibility on hell-spawn like me.

Goal #16: Practice my evil laugh, because all hell-spawn need a good evil laugh.

Goal #17: Find and kill all the unicorns. Mwahahahahaha.

Goal #18: Live to enjoy forever with the guys I sacrificed all my memories to save.

Goal #19: No matter what, they don’t get to die. Or I really will be THE Apocalypse.

We’re the most screwed up collection of antiheroes the world has ever seen, because the only thing that makes me want to save the world is knowing I could lose my boys forever if I don’t. It’s one HELL of a love story, you know?

Gypsy Truths (All the Pretty Monsters, #6)