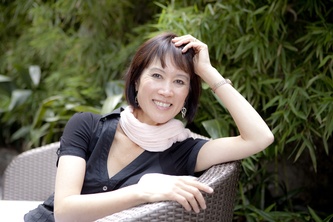 Internationally bestselling author Tess Gerritsen took an unusual route to a writing career. A graduate of Stanford University, Tess went on to medical school at the University of California, San Francisco, where she was awarded her M.D.

While on maternity leave from her work as a physician, she began to write fiction. In 1987, her first novel was published. Call After Midnight, a romantic thriller, was followed by eight more romantic suspense novels. She also wrote a screenplay, "Adrift", which aired as a 1993 CBS Movie of the Week starring Kate Jackson.

As well as being a New York Times bestselling author, she has also been a #1 bestseller in both Germany and the UK. She has won both the Nero Wolfe Award (for Vanish) and the Rita Award (for The Surgeon.) Critics around the world have praised her novels as "Pulse-pounding fun" (Philadelphia Inquirer), "Scary and brilliant" (Toronto Globe and Mail), and "Polished, riveting prose" (Chicago Tribune). Publisher Weekly has dubbed her the "medical suspense queen".

Now retired from medicine, she writes full time. She lives in Maine.

A killer who targets lone women, who breaks into their apartments and performs terrifying ritualistic acts of torture on them before finishing them off. His surgical skills lead police to suspect he is a physician - a physician who, instead of saving lives, takes them.

But as homicide detective Thomas Moore and his partner Jane Rizzoli begin their investigation, they make a startling discovery. Closely linked to these killings is Catherine Cordell, a beautiful doctor with a mysterious past. Two years ago she was subjected to a horrifying rape and shot her attacker dead.

Now the man she believes she killed seems to be stalking her once again, and this time he knows exactly where to find her...
02

Vanish (Rizzoli & Isles, #5)
A blessed event becomes a nightmare for pregnant homicide detective Jane Rizzoli when she finds herself on the wrong side of a hostage crisis in this timely and relentless thriller from the New York Times bestselling author of Body Double.
A nameless, beautiful woman appears to be just another corpse in the morgue. An apparent suicide, she lies on a gurney, awaiting the dissecting scalpel of medical examiner Maura Isles. But when Maura unzips the body bag and looks down at the body, she gets the fright of her life. The corpse opens its eyes.
Very much alive, the woman is rushed to the hospital, where with shockingly cool precision, she murders a security guard and seizes hostages . . . one of them a pregnant patient, Jane Rizzoli.
Who is this violent, desperate soul, and what does she want? As the tense hours tick by, Maura joins forces with Jane s husband, FBI agent Gabriel Dean, to track down the mysterious killer s identity. When federal agents suddenly appear on the scene, Maura and Gabriel realize that they are dealing with a case that goes far deeper than just an ordinary hostage crisis.
Only Jane, trapped with the armed madwoman, holds the key to the mystery. And only she can solve it if she survives the night. From the Hardcover edition."
03

The Apprentice (Rizzoli & Isles, #2)
The bestselling author of The Surgeon returns, and so does that chilling novel's diabolical villain. Though held behind bars, Warren Hoyt still haunts a helpless city, seeming to bequeath his evil legacy to a student all-too-diligent . . . and all-too-deadly.

It is a boiling hot Boston summer. Adding to the city's woes is a series of shocking crimes, in which wealthy men are made to watch while their wives are brutalized. A sadistic demand that ends in abduction and death.

The pattern suggests one man: serial killer Warren Hoyt, recently removed from the city's streets. Police can only assume an acolyte is at large, a maniac basing his attacks on the twisted medical techniques of the madman he so admires. At least that's what Detective Jane Rizzoli thinks. Forced again to confront the killer who scarred her - literally and figuratively - she is determined to finally end Hoyt's awful influence . . . even if it means receiving more resistance from her all-male homicide squad.

But Rizzoli isn't counting on the U.S. government's sudden interest. Or on meeting Special Agent Gabriel Dean, who knows more than he will tell. Most of all, she isn't counting on becoming a target herself, once Hoyt is suddenly free, joining his mysterious blood brother in a vicious vendetta. . . .

Filled with superbly created characters and the medical and police procedural details that are her trademark,The Apprentice is Tess Gerritsen at her brilliant best. Set in a stunning world where evil is easy to learn and hard to end, this is a thriller by a master who could teach other authors a thing or two.


From the Hardcover edition.
04

Dr. Maura Isles makes her living dealing with death. As a pathologist in a major metropolitan city, she has seen more than her share of corpses every day–many of them victims of violent murder. But never before has her blood run cold, and never has the grim expression “dead ringer” rung so terrifyingly true. Because never before has the lifeless body on the medical examiner’s table been her own.

Yet there can be no denying the mind-reeling evidence before her shocked eyes and those of her colleagues, including Detective Jane Rizzoli: the woman found shot to death outside Maura’s home is the mirror image of Maura, down to the most intimate physical nuances. Even more chilling is the discovery that they share the same birth date and blood type. For the stunned Maura, an only child, there can be just one explanation. And when a DNA test confirms that Maura’s mysterious doppelgänger is in fact her twin sister, an already bizarre murder investigation becomes a disturbing and dangerous excursion into a past full of dark secrets.

Searching for answers, Maura is drawn to a seaside town in Maine where other horrifying surprises await. But perhaps more frightening, an unknown murderer is at large on a cross-country killing spree. To stop the massacre and uncover the twisted truth about her own roots, Maura must probe her first living subject: the mother that she never knew . . . an icy and cunning woman who could be responsible for giving Maura life–and who just may have a plan to take it away.
05

The Sinner (Rizzoli & Isles, #3)
Not even the icy temperatures of a typical New England winter can match the bone-chilling scene of carnage discovered at the chapel of Our Lady of Divine Light. Within the cloistered convent lie two nuns–one dead, one critically injured–victims of an unspeakably savage attacker. The brutal crime appears to be without motive, but medical examiner Maura Isles’s autopsy of the dead woman yields a shocking surprise: Twenty-year-old Sister Camille gave birth before she was murdered. Then another body is found, mutilated beyond recognition. Together, Isles and homicide detective Jane Rizzoli uncover an ancient horror that connects these terrible slaughters. As long-buried secrets come to light, Maura Isles finds herself drawn inexorably toward the heart of an investigation that strikes close to home–and toward a dawning revelation about the killer’s identity too shattering to consider.
06

Ice Cold (Rizzoli & Isles, #8)
In Wyoming for a medical conference, Boston medical examiner Maura Isles joins a group of friends on a spur-of-the-moment ski trip. But when their SUV stalls on a snow-choked mountain road, they're stranded with no help in sight.
As night falls, the group seeks refuge from the blizzard in the remote village of Kingdom Come, where twelve eerily identical houses stand dark and abandoned. Something terrible has happened in Kingdom Come: Meals sit untouched on tables, cars are still parked in garages. The town's previous residents seem to have vanished into thin air, but footprints in the snow betray the presence of someone who still lurks in the cold darkness--someone who is watching Maura and her friends.
Days later, Boston homicide detective Jane Rizzoli receives the grim news that Maura's charred body has been found in a mountain ravine. Shocked and grieving, Jane is determined to learn what happened to her friend. The investigation plunges Jane into the twisted history of Kingdom Come, where a gruesome discovery lies buried beneath the snow. As horrifying revelations come to light, Jane closes in on an enemy both powerful and merciless--and the chilling truth about Maura's fate.

Published in the UK as THE KILLING PLACE.
07

The Mephisto Club (Rizzoli & Isles, #6)
In Gerritsens latest New York Times bestseller, medical examiner Maura Isles and detective Jane Rizzoli take on a society of scholars that studies the history of evil--and the grisly killer it has spawned.
08

The Keepsake (Rizzoli & Isles, #7)
New York Times bestselling author Tess Gerritsen knows how to expertly dissect a brilliantly suspenseful story, all the while keeping fascinated readers riveted to her side. By turns darkly enthralling and relentlessly surprising, The Keepsake showcases an author at the peak of her storytelling powers.

For untold years, the perfectly preserved mummy had lain forgotten in the dusty basement of Boston’s Crispin Museum. Now its sudden rediscovery by museum staff is both a major coup and an attention-grabbing mystery. Dubbed “Madam X,” the mummy–to all appearances, an ancient Egyptian artifact– seems a ghoulish godsend for the financially struggling institution. But medical examiner Maura Isles soon discovers a macabre message hidden within the corpse–horrifying proof that this “centuries-old” relic is instead a modern-day murder victim.

To Maura and Boston homicide detective Jane Rizzoli, the forensic evidence is unmistakable, its implications terrifying. And when the grisly remains of yet another woman are found in the hidden recesses of the museum, it becomes chillingly clear that a maniac is at large–and is now taunting them.
Archaeologist Josephine Pulcillo’s blood runs cold when the killer’s cryptic missives are discovered, and her darkest dread becomes real when the carefully preserved corpse of yet a third victim is left in her car like a gruesome offering–or perhaps a ghastly promise of what’s to come.

The twisted killer’s familiarity with post-mortem rituals suggests to Maura and Jane that he may have scientific expertise in common with Josephine. Only Josephine knows that her stalker shares a knowledge even more personally terrifying: details of a dark secret she had thought forever buried.

Now Maura must summon her own dusty knowledge of ancient death traditions to unravel his twisted endgame. And when Josephine vanishes, Maura and Jane have precious little time to derail the Archaeology Killer before he adds another chilling piece to his monstrous collection.
09

The Silent Girl (Rizzoli & Isles, #9)
Every crime scene tells a story. Some keep you awake at night. Others haunt your dreams. The grisly display homicide cop Jane Rizzoli finds in Boston’s Chinatown will do both.

In the murky shadows of an alley lies a female’s severed hand. On the tenement rooftop above is the corpse belonging to that hand, a red-haired woman dressed all in black, her head nearly severed. Two strands of silver hair—not human—cling to her body. They are Rizzoli’s only clues, but they’re enough for her and medical examiner Maura Isles to make the startling discovery: that this violent death had a chilling prequel.

Nineteen years earlier, a horrifying murder-suicide in a Chinatown restaurant left five people dead. But one woman connected to that massacre is still alive: a mysterious martial arts master who knows a secret she dares not tell, a secret that lives and breathes in the shadows of Chinatown. A secret that may not even be human. Now she’s the target of someone, or something, deeply and relentlessly evil.

Cracking a crime resonating with bone-chilling echoes of an ancient Chinese legend, Rizzoli and Isles must outwit an unseen enemy with centuries of cunning—and a swift, avenging blade.
10