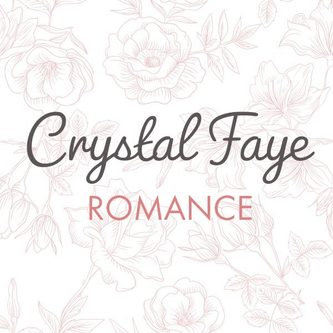 Unwrapping the Present
I was the silent supermodel; the angel amongst fallen souls.

Everyone knew that I couldn't talk. Everyone knew that my career soared because of my gorgeous green eyes and pure, innocent heart. Every paparazzi chasing me tried to sell every inch of my life to the tabloids.

But there was one part they didn't know, and that was my whole heart, body, and soul belonged to Evan Makers.

Evan was the boy next door, the bad boy I left behind in New York who never knew the glamour of LA. He lived life in the fast lane and cared more about having a good time than anything else. But he never left my memories.

Losing my V-card to him was my dream and my nightmare at the same time. I loved him; I ached for him.

But I could never be with him, no matter how much I craved him… or could I?
03

Color Me In
All I had to do was track down our studio’s featured artist.
Check on him. Report back to the boss. Easy enough, right?
What I DIDN’T know beforehand was how cocky and arrogant he is.
And it didn’t help that he’s also insanely good looking.

But no matter what, I will remain professional.
There’s no way I’d get too close with a jerk like him anyways.
At least, that’s what I thought until that one night.

How could I get so carried away?!
All I did was have one drink and let loose a bit.
Little did I know, he seemed to have some sort of grip over me.

I couldn’t help myself.
The way he exuded adventure and excitement… It had me yearning for more.
It was exactly what I’d been craving when I left my hometown.

That was when I knew I had to get it together.
I’d be crazy for losing my V-card to this guy!
Everything about him spelled danger and chaos.

Was my sister right? Maybe I never should have moved to NYC.
That decision could have easily been the best or worst one I’ve ever made.
Is it worth finding out?
04

Bittersweet Secrets
Andrew
Three years ago, I broke the heart of the woman I loved.
I was too stupid to realize what I had.
Now, years later, I have it all.
Money. Power. Prestige.
It all meant nothing.
Until I met her again.
She was beautiful and tragic, and I wanted her again.
And she hated me.
But I would change that.
This time I would do right by Georgia.
There would be no more secrets.
This time, I wouldn’t give up.
Now that she is back in my life, I’m not going to let her go a second time.

Georgia
I swore I would never trust Andrew Bryant.
I had loved him, and he threw me away like garbage.
His secrets had torn us apart.
Three years later, I haven’t found any peace.
Now, suddenly, he’s back in my life.
He’s handsome. Sexy.
His smile sends shivers down my spine.
And I don’t want him back.
With my troublesome ex on my back, I have enough to deal with.
But he just won’t leave me alone.
There is nothing in this world that could make me give him another chance.
But why can’t I walk away?
Why does part of me want him to stay?
05

Invisible Scars
Alex
I’ve come a long way from the awkward ugly duckling I once was.
It’s been more than ten years, but I’ve put the past behind me.
I’m on the cusp of fulfilling my lifelong dreams.
I just need a little bit of help.
Lexicon Enterprises has everything I need to take my company global.
Only one problem. Connor Millwright.
I had loved him with youthful abandon and he had cast me aside like nothing.
Now, suddenly, he’s back in my life.
He’s handsome. Sexy. Successful.
His smile sends shivers down my spine.
I never wanted to see him again. Let alone put my destiny in his hands.
But I didn’t have a choice.
Walk away from his help, and I had to walk away from my dream.

Connor
More than a decade ago, I left home and never looked back.
Now, years later, I have it all.
Money. Power. Prestige.
But it was missing something. Someone to share it with.
Until I met her again. A girl from my past.
Only she wasn’t a little girl anymore.
She was beautiful, intelligent, and sexy as hell.
Only one small problem.
She hated me, but I didn’t know why.
But I would change that.
This time I would do right by Alex.
Now that fate had brought us together again, I’m not going to let her go.
06

Secret Intentions
June
How could I resist him?
Even if I wanted to, I couldn’t.
Those beautiful blue eyes, as clear as the sky, boring into mine.
It had been eight years since I escaped my hometown.
I’d turned my back on that part of my life.
Tried to forget as best as I could.
My career was my life and that’s how I wanted it to be.
That was until life decided that it wasn’t done with me yet.
It sent him to me.
My high school sweetheart.
The boy I’d left behind.
Only, he wasn’t a boy anymore.
He was a man now—and one of the richest men in America to boot.
And he just happened to walk into my law firm.
How was I going to survive when my past was coming back to haunt me?

Tyler
I didn’t realize I’d been searching for the girl who broke my heart.
Not until I found her, at least.
When I laid eyes on her, it was like my whole world shifted sideways.
She was still as stunning as the day she’d left me behind, all those years ago.
In an instant, everything changed.
The wind was knocked out of me.
Life had been going so smoothly for me.
I had more money than I knew what to do with.
I had women throwing themselves at me left and right.
I had property, cars, and plenty of time to do whatever I pleased.
And yet, the only thing I could think about was how perfect she was.
And how happy I was to have her back in my life.
08

Unraveled by Him: A Virgin Enemies-to-Lovers Romance
09

Secret Ambitions
I had my goals, and nothing was going to get in my way.
Especially not my boss.
He had the perfect looks and all the money one could dream of.
But I hated him.
He was everything that I despised about a system that had failed me.
He had billions of dollars and an international company, and he only continued to take more.
It should have been easy to keep out of his way, even if I was forced to work with him.
Yet every time I turn around, there’s something new about him, something intriguing.
Keeping my secrets has become a struggle.
Keeping my distance even more so.
My dreams made me take this job, but something about him was making me stay.
I hated him so much. So why can’t I stay away?
10

Daily Temptation
Companies call Caprice when they have a public relations nightmare.

She’s the fixer and she’s very good at her job. She finds resistance with the company owner, billionaire Milo Owens, who seems stuck in his ways.

There is an instant animosity between them, though the raw electric chemistry is hard to ignore. It doesn’t matter how they feel about each other; her body craves his touch.

Caprice is hiding a terrible secret, and her past is about to become her present problem. Mistakes have been made, feelings have been hurt, and hearts have been broken.

Milo Owens is a jet-setting playboy. He has never found a woman with a pair of legs reaching up to heaven he never liked. His character is flawed.

Most people believe him to be privileged, having grown up with a silver spoon in his mouth. He does nothing to portray himself differently. Milo has a tendency to dip his ink in the company well.

The whole concept of sexual harassment is laughable. He wants nothing to do with it; however, things change when he sees Caprice for the first time.

He finds her a challenge and her attitude rubs him the wrong way, yet her body gives him naughty ideas.

There’s something she’s hiding. Is it more than her stunted sexual deviance? He’s going to find out and be damned the consequences.