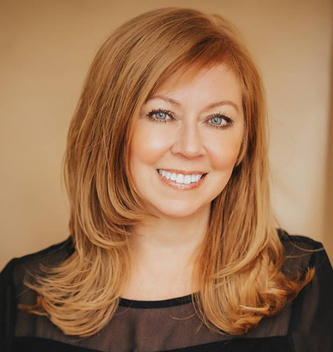 Kelly Jamieson is a USA Today bestselling author of over 40 romance novels and novellas. Her writing has been described as “emotionally complex”, “sweet and satisfying” and “blisteringly sexy”. She likes black coffee, white wine and high heels…and of course cheering on her Winnipeg Jets during hockey season! She loves hearing from readers, so please visit her website at www.kellyjamieson.com.

Kassidy is a good girl who wants to be bad. Dag is a bad boy who is very, very good. And Chris? He likes to watch…

Always the good girl, Kassidy blossoms under the attentions of two loving men, but neither she nor Chris are expecting the ménage to take a quarter turn toward Dag…and his feelings for Chris. When it’s revealed that Dag’s attraction to Chris is one big reason he left town, a tangled mess of old hurts and new feelings might destroy friendship. Love. Might destroy everything.

Product Warnings: This book contains a couple already in love, a couple falling in love and a couple in love who didn’t know it; also multiple scorching sex scenes including girl with boy, girl with two boys, boy with boy and two boys with girl...whew!
02

As the captain of the Chicago Aces, Marc Dupuis is all business. The apartment he shares with his teammate and best friend, Duncan, is a refuge from the pressures of fame. But when the sexiest woman he’s ever seen interrupts his early morning coffee wearing only a skimpy cami and matching panties, Marc can’t exactly say he minds. Their chemistry is off the charts. Unfortunately, this girl’s no random puck bunny. She’s Duncan’s little sister—and she’s moving in.

Lovey Armstrong could stare at Marc’s chiseled abs and listen to his French-Canadian accent all day. She just has no idea what’s going on inside his head: When he’s not charming her pants off, Marc makes a Zamboni machine seem warm and cuddly. Lovey knows the team’s bro code says no messing with sisters, but all these mixed messages are hard on a girl’s self-esteem—especially since she’s finally getting her new life together in Chicago. She decides he’s worth another shot . . . because if anyone can melt the ice around Marc’s heart, it’s Lovey.
03

But fun and sexy games get complicated when emotions get involved. Then responsibility and commitment crash the party when Jason’s past comes back to haunt him. Like it or not, Jason and Remi both have to figure out what they really want.
04

Faceoff (Heller Brothers, #2)
Kyla has tried so hard to be one of the boys. She was always like a little sister to Tag. One summer, things changed from sibling teasing to blazing sexual tension. When they’re reunited for a two-family reunion, the desire and lust are still there, simmering below the surface.

Tag is a pro hockey player who is cynical about women. He knows they’re only interested in him because of who he is. Kyla is an attorney who’s still trying to be “one of the boys” at her law firm. They’re both adults and neither of them is looking for a relationship. A hot summer week at the lake. Need. Attraction. There’s no reason they shouldn’t explore each other.
05

Icing (Aces Hockey, #2)
Hailed by Jami Davenport as her “go-to author for hockey romance,” the bestselling author of the Heller Brothers Hockey series sets the ice ablaze with another sexy novel featuring the gorgeous men of the Chicago Aces.

Duncan Armstrong may be an NHL star, but he’s a country boy at heart. His ultimate fantasy is going home with the Stanley Cup, not a gold-digging airhead who aspires to be a trophy wife and nothing more. Newly single and hoping to enjoy a night out with his teammates, he ends up hitting it off with a down-to-earth waitress who’s a complete breath of fresh air—until Duncan learns that she’s a part-time model. He tries to forget about her, but their sizzling chemistry has him coming back for more.

Amber is working hard to put herself through school, and has zero interest in dating a professional athlete. She’s seen firsthand how fame and fortune can mess with their heads—her father’s brilliant football career ended in a firestorm of addiction and infidelity. So Duncan’s attentions immediately have her on the defensive. Still, there’s something different about him. And once she stops trying to freeze him out, irresistible temptation turns into all-consuming passion.
06

Rhythm of Three (Rule of Three, #2)
One woman, two lovers. Double the pleasure, or double the trouble?

In the dark category? Definitely Chris’s parents, which should be simple, since they live far away. Except they’ve sprung a surprise for their son’s thirtieth birthday. They’re coming for a visit. Then there’s Kassidy’s best friend Danielle, who’s home from Europe, clueless to recent events, and flirting with Dag like crazy.

Family, friends, coworkers and a wedding put three lovers’ best intentions to the test, making them wonder if this unique brand of love has a chance in hell of working out.

One Man Advantage (Heller Brothers, #3)
After her ex trashes her reputation in front of the media and it quickly goes viral, Nicole vows she'll never get involved with another hockey player. Too bad her job with the Minneapolis Caribou puts her in contact with sexy hockey players on a daily basis, including the newly traded center, Logan Heller. Logan's pretty sure Nicole is the perfect woman for him and he's determined to have her-in and out of bed. Nicole is equally determined to never date another hockey player. But Logan has a one-man advantage...he knows what she really wants.
08

One Wicked Night
The boys are back in town…

Ten years ago, Kaelin Daume spent a steamy summer home from college secretly hanging out with town bad boy Tyler Wirth and his best friend Nick Kernsted. The connection was warm, complicated, and came to a crashing end when she walked in on her two forbidden friends with another woman. The shocking scene of sex and bondage has haunted her boring, oh-so-vanilla life ever since.

The fallout from that night tore Tyler's life apart. He left Mapleglen, disowned and disgraced, to build a successful advertising career and a unique relationship with Nick. Nothing could bring him back except his sister's wedding, and he plans to hightail it back to Chicago as soon as it's over. At least one good thing hasn't changed: Kaelin is as sweet as ever. Except she doesn't seem too thrilled to hear it.

As tensions run high, Kaelin can't resist the temptation to commit one crazy act of rebellion. Once the web of secrets, sins and lies starts to unravel, though, their lives will never be the same

Warning: This book contains a nice girl who gets her naughty on with two hot men. M/M/F and M/M scenes may cause an increase in body temperature, pulse rate and respiration. Read with caution! For adult use only.
09

Top Shelf (Aces Hockey, #3)
Whether it’s a clutch goal or a cocktail, nothing beats “top shelf.” In this new novel in Kelly Jamieson’s Aces Hockey series, a fun-loving jock and an ambitious career woman prove that sometimes the best drink is made by mixing business with pleasure.

Not only is Jared Rupp one of the stars of the NHL’s Chicago Aces, he’s also the owner of the Sin Bin, the after-hours hot spot where the whole team hangs out. Lately, Jared can’t take his eyes off the woman he’s hired to give the Bin a more modern feel: a sexy, sophisticated consultant who has carved out a niche updating drink menus. She’s as passionate about her career as Jared is about hockey—and yet he can’t help wondering what kind of cocktail she really wants.

In her line of work, Sidney Frayne is used to guys hitting on her in bars, but Jared gets her hot enough to burst into flames. When he’s wining and dining her, he’s sophisticated as hell; on the rink, he’s a testosterone-fueled powerhouse. Still, Sidney’s bitter divorce taught her to keep her emotions on ice. With her busy schedule—and Jared’s playboy reputation—she’s not sure she’s ready for a fling. Because if she lets Jared into her bed, she just may have to let him into her heart.

Praise for Kelly Jamieson and her Aces Hockey series

“A sweet story with plenty of heart about that bad boy you always wanted, who couldn’t wait to have you too.”—Award-winning author Cecy Robson, on Off Limits

Includes a special message from the editor, as well as an excerpt from another Loveswept title.
10

Back Check (Aces Hockey, #4)
The so-bad-they’re-good alphas of hockey’s Chicago Aces are back in this emotionally charged novel of sex, love, and second chances from the bestselling author of Top Shelf and the Heller Brothers series.

Tanner Bennet hates weddings. They just remind him that he simply isn’t cut out for any kind of healthy, committed relationship—never has been, never will be. After getting rejected by the girl he thought was “the one” all those years ago, he made a huge mistake and married the wrong person. Now that the divorced heartbreaker has reluctantly agreed to be a groomsman for one of his NHL teammates, the last thing he expects is a chance at redemption with the one that got away.

After Marc Dupuis of the Chicago Aces hires wedding planner Katelyn Medford, she discovers that her big break comes with a twist: a reunion with her college sweetheart. The way she dumped Tanner still haunts her. Eight years—and three broken engagements—later, Katelyn knows she’ll never have that kind of innocent, wide-eyed passion again. Still, she and Tanner soon generate enough body heat to burn up the sheets. And even with Tanner’s career with the Aces up in the air, Katelyn’s wondering whether the time is right to let him in for real.

Praise for Kelly Jamieson and her Aces Hockey series

“With chemistry that melts the ice, this novel had me rushing into the zone to finish before the whistle blew. I really enjoyed it!”—New York Times bestselling author Toni Aleo, on Icing

“A sweet story with plenty of heart about that bad boy you always wanted, who couldn’t wait to have you, too.”—Award-winning author Cecy Robson, on Off Limits

Includes an excerpt from another Loveswept title.