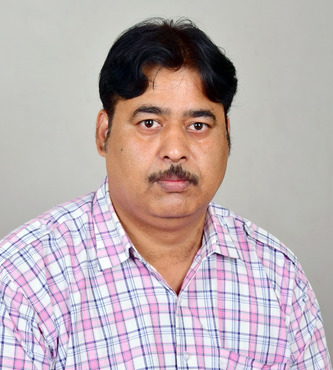 Pravin Anand is an author from Kanpur, India, who has been into writing short stories, poetry and novels for a very long time now. His first attempts at writing brought him a name when his pieces were published in leading national magazines. Later, even after he joined administration services and became a Block Development Officer, he continued his writing efforts and published three novels until now. His novels often explore the vivid dimensions of love and relationships. You can connect to him on different platforms and learn more about his works and his literary endeavours, interests and opinions.

Mumtaz and Taj Mahal
About the Book: The Taj Mahal is the tangible form of love. It had stood perfectly enduring the centuries showing generations that pure love can withstand all storms. This is the story of Khurram and Arjumand. How a boy and girl transformed into a power couple and re-shaped the history of India. Their love, just like the Taj, endured despite separation, power struggle, wars, and politics and in the end, even death. It seemed to have transcended the living realm and gone beyond to heaven. Shahjahan erected in marble the fabric of his love and no matter what the obstacles they always remained together. In his final days, Shahjahan was imprisoned by his son Aurangzeb in a fort overlooking the Taj Mahal and yet the call of his love remained the blood in his veins and his soul met his wife when he was buried beside her after his death

About the Author: Pravin Anand is Block Development Officer (BDO) in UP Government. He was born and brought up in Kanpur. After his MBA he chose to work in Government Services as an Excise Inspector. His love for writing continues after his two stories in ‘Mukta’ (1993) and ‘Meri Saheli’ (1995). He writes articles for newspapers in Hindi and also on Hub pages, Bukisa and on Google Blogs. He has published two books before - I Love You More Than Anyone Else and Mars, Love and Breakup.
02

Mars, Love & Breakup
Four persons, two men and two women of different nationalities travelled in the Mars shuttle. No human till date had reached Mars. These four astronauts took the risk to go to a strange planet Mars and that also in 50 days. No one can stay for a very long time in space due to lot of dangers. These four also faced lots of dangers like space dust, solar effects, meteorites and black hole on their way. During this dangerous journey, they also shared their love stories. How they left their loved ones to travel in the Mars shuttle? How they came out of the danger of space dust, meteorite and massive black hole? Have they reached Mars in the targeted 50 days? Author has narrated everything very dramatically, with the dilemma between human behavior and science & technology.