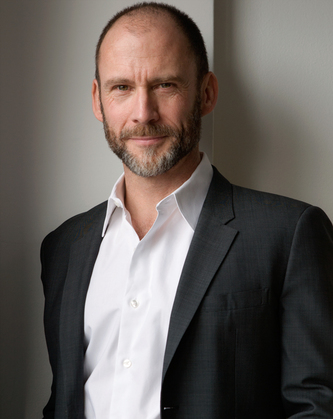 The recipient of a Guggenheim Fellowship in nonfiction, Bill Hayes is a frequent contributor to the New York Times and the author of several books.

A photographer as well as a writer, his photos have appeared in The New Yorker, Vanity Fair, Granta, New York Times, and on CBS Evening News. His portraits of his partner, the late Oliver Sacks, appear in the recent collection of Dr. Sacks’s suite of final essays Gratitude.

Hayes has been a Visiting Scholar at the American Academy in Rome, the recipient of a Leon Levy Foundation grant, and a Resident Writer at Blue Mountain Center. He has also served as a guest lecturer at Stanford, NYU, UCSF, University of Virginia, and the New York Academy of Medicine.

Bill Hayes is the author of books: Insomniac City: New York, Oliver, and Me, The Anatomist: A True Story of Gray's Anatomy, Five Quarts: A Personal and Natural History of Blood, Sleep Demons: An Insomniac's Memoir, How New York Breaks Your Heart, The One Percenter Encyclopedia: The World of Outlaw Motorcycle Clubs from Abyss Ghosts to Zombies Elite, Steam Trains of the World, Drunk and Disorderly: Bill Hayes Story; Devon to Australia Through the Bottom of a Glass, Steam Trains, Gratitude

Insomniac City: New York, Oliver, and Me
Bill Hayes came to New York City in 2009 with a one-way ticket and only the vaguest idea of how he would get by. But, at forty-eight years old, having spent decades in San Francisco, he craved change. Grieving over the death of his partner, he quickly discovered the profound consolations of the city's incessant rhythms, the sight of the Empire State Building against the night sky, and New Yorkers themselves, kindred souls that Hayes, a lifelong insomniac, encountered on late-night strolls with his camera.

And he unexpectedly fell in love again, with his friend and neighbor, the writer and neurologist Oliver Sacks, whose exuberance--"I don't so much fear death as I do wasting life," he tells Hayes early on--is captured in vignettes throughout. What emerges is a portrait of Sacks at his most personal and endearing, from falling in love for the first time at age seventy-five to facing illness and death (Sacks died of cancer in August 2015).
02

The Anatomist: A True Story of Gray's Anatomy
The classic medical text known as Gray’s Anatomy is one of the most famous books ever written. Now, on the 150th anniversary of its publication, acclaimed science writer and master of narrative nonfiction Bill Hayes has written the fascinating, never-before-told true story of how this seminal volume came to be. A blend of history, science, culture, and Hayes’s own personal experiences, The Anatomist is this author’s most accomplished and affecting work to date.

With passion and wit, Hayes explores the significance of Gray’s Anatomy and explains why it came to symbolize a turning point in medical history. But he does much, much more. Uncovering a treasure trove of forgotten letters and diaries, he illuminates the astonishing relationship between the fiercely gifted young anatomist Henry Gray and his younger collaborator H. V. Carter, whose exquisite anatomical illustrations are masterpieces of art and close observation. Tracing the triumphs and tragedies of these two extraordinary men, Hayes brings an equally extraordinary era–the mid 1800s–unforgettably to life.

But the journey Hayes takes us on is not only outward but inward–through the blood and tissue and organs of the human body–for The Anatomist chronicles Hayes’s year as a student of classical gross anatomy, performing with his own hands the dissections and examinations detailed by Henry Gray 150 years ago. As Hayes’s acquaintance with death deepens, he finds his understanding and appreciation of life deepening in unexpected and profoundly moving ways. The Anatomist is more than just the story of a book. It is the story of the human body, a story whose beginning and end we all know and share but that, like all great stories, is infinitely rich in between.
03

Five Quarts: A Personal and Natural History of Blood
“We’re born in blood. Our family histories are contained in it, our bodies nourished by it daily. Five quarts run through each of us, along some sixty thousand miles of arteries, veins, and capillaries.”
–from Five Quarts

In the national bestseller Sleep Demons, Bill Hayes took us on a trailblazing trip through the night country of insomnia. Now he is our guide on a whirlwind journey through history, literature, mythology, and science by means of the great red river that runs five quarts strong through our bodies.

Profusely illustrated, the journey stretches from ancient Rome, where gladiators drank the blood of vanquished foes to gain strength and courage, to modern-day laboratories, where high-tech machines test blood for diseases and dedicated scientists search for elusive cures. Along the way, there will be world-changing triumphs: William Harvey’s discovery of the circulation of the blood; Antoni van Leeuwenhoek’s advances in making the invisible world visible in the early days of the microscope; Dr. Paul Ehrlich’s Nobel-Prize-winning work in immunology; Dr. Jay Levy’s codiscovery of the virus that causes AIDS. Yet there will also be ignorance and tragedy: the widespread practice of bloodletting via incision and the use of leeches, which harmed more than it healed; the introduction of hemophilia into the genetic pool of nineteenth-century European royalty thanks to the dynastic ambitions of Queen Victoria; the alleged spread of contaminated blood through a phlebotomist’s negligence in modern-day California.

This is also a personal voyage, in which Hayes recounts the impact of the vital fluid in his daily life, from growing up in a household of five sisters and their monthly cycles, to coming out as a gay man during the explosive early days of the AIDS epidemic in San Francisco, to his enduring partnership with an HIV-positive man.

As much a biography of blood as it is a memoir of how this rich substance has shaped one man’s life, Five Quarts is by turns whimsical and provocative, informative and moving. It will get under your skin.


From the Hardcover edition.
04

How New York Breaks Your Heart
Bill Hayes's critically acclaimed memoir Insomniac City provided a first look at his unique street photography. Now he presents an exquisite collection that captures the full range of his work and the magic of chance encounters in New York City.

Hayes's "frank, beautiful, bewitching" street photographs "unmask their subjects' best and truest selves" (Jennifer Senior, New York Times): A policeman pauses at the end of a day. Cooks sneak in cigarette breaks. A pair of movers plays cards on the back of a truck. Friends claim the sidewalk. Lovers embrace. A flame-haired girl gazes mysteriously into the lens. And park benches provide a setting for a couple of hunks, a mom and her baby, a stylish nonagenarian . . .

How New York Breaks Your Heart reveals ordinary New Yorkers at their most peaceful, joyful, distracted, anxious, expressive, and at their most fleeting--bringing the texture of the city to vivid life. Woven through with Hayes's lyric reflections, these photos will, like the city itself, break your heart by asking you to fall in love.
06

The One Percenter Encyclopedia: The World of Outlaw Motorcycle Clubs from Abyss Ghosts to Zombies Elite
Ever wonder how the Hells Angels got their name, or about that little demonic critter on the Pagan's patch? What about the local one-percenter motorcycle club that hangs out at the corner bar? What goes on there? This book answers these questions and more.

The One-Percenter Encyclopedia: The World of Outlaw Motorcycle Clubs from Abyss Ghosts to Zombies Elite features concise entries that include information on founding chapters, founding dates, number of chapters and members, club and leadership biographies, and more. This book covers all the major clubs--Hells Angels, Outlaws, Pagans, Mongols, Vagos--as well as lesser-known clubs from around the world.
07

Steam Trains of the World
08

Drunk and Disorderly: Bill Hayes Story; Devon to Australia Through the Bottom of a Glass
09

Gratitude
“My predominant feeling is one of gratitude. I have loved and been loved. I have been given much and I have given something in return. Above all, I have been a sentient being, a thinking animal, on this beautiful planet, and that in itself has been an enormous privilege and adventure.”
—Oliver Sacks

No writer has succeeded in capturing the medical and human drama of illness as honestly and as eloquently as Oliver Sacks.

During the last few months of his life, he wrote a set of essays in which he movingly explored his feelings about completing a life and coming to terms with his own death.

“It is the fate of every human being,” Sacks writes, “to be a unique individual, to find his own path, to live his own life, to die his own death.”

Together, these four essays form an ode to the uniqueness of each human being and to gratitude for the gift of life.