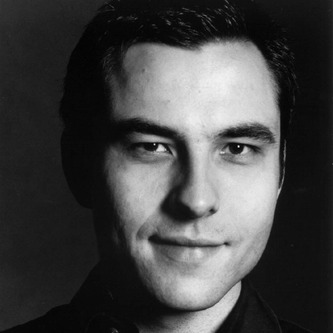 David Walliams is an actor and writer best known for his work with Matt Lucas in the multi-award-winning sketch show Little Britain. His debut children's novel, The Boy in the Dress, was published in 2008 to unanimous critical acclaim and he has since developed a reputation as a natural successor to Roald Dahl.

Gangsta Granny
Another hilarious and moving novel from David Walliams, number one bestseller and fastest growing children’s author in the country. A story of prejudice and acceptance, funny lists and silly words, this new book has all the hallmarks of David’s previous bestsellers.

Our hero Ben is bored beyond belief after he is made to stay at his grandma’s house. She’s the boringest grandma ever: all she wants to do is to play Scrabble, and eat cabbage soup. But there are two things Ben doesn’t know about his grandma.
1) She was once an international jewel thief.
2) All her life, she has been plotting to steal the Crown Jewels, and now she needs Ben’s help…
02

Mr Stink
The second original, touching, twisted, and most of all hilarious novel for children from David Walliams, number one bestseller and fastest growing children’s author in the country – beautifully illustrated by Quentin Blake.

"Mr Stink stank. He also stunk. And if it was correct English to say he stinked, then he stinked as well…”

It all starts when Chloe makes friends with Mr Stink, the local tramp. Yes, he smells a bit. But when it looks like he might be driven out of town, Chloe decides to hide him in the garden shed.

Now Chloe's got to make sure no one finds out her secret. And speaking of secrets, there just might be more to Mr Stink than meets the eye… or the nose.
03

Billionaire Boy
A hilarious, touching and extraordinary new fable from the author of The Boy in the Dress and Mr Stink.

Joe has a lot of reasons to be happy. About a billion of them, in fact. You see, Joe's rich. Really, really rich. Joe's got his own bowling alley, his own cinema, even his own butler who is also an orangutan. He's the wealthiest twelve-year-old in the land.

But Joe isn't happy. Why not? Because he's got a billion pounds… and not a single friend. But then someone comes along, someone who likes Joe for Joe, not for his money. The problem is, Joe's about to learn that when money is involved, nothing is what it seems.

The best things in life are free, they say – and if Joe's not careful, he's going to lose them all…
04

The Boy in the Dress
The sparkling debut children's novel from David Walliams, co-creator and co-star of the multi-award-winning Little Britain. Dennis was different. Why was he different, you ask? Well, a small clue might be in the title of this book! Charming, surprising and hilarious—The Boy in the Dress is everything you would expect from the co-creator of Little Britain. David Walliams's beautiful first novel will touch the hearts (and funny bones) of children and adults alike.
05

Demon Dentist
Darkness had come to the town. Strange things were happening in the dead of night. Children would put a tooth under their pillow for the tooth fairy, but in the morning they would wake up to find… a dead slug; a live spider; hundreds of earwigs creeping and crawling beneath their pillow.

Awful Auntie
Tiddlywinks-obsessed Awful Aunt Alberta and her pet owl, Wagner are on a mission to cheat the young Lady Stella Saxby out of her inheritance – Saxby Hall. But with mischievous and irrepressible Soot, the cockney ghost of a chimney sweep, alongside her Stella is determined to fight back... And sometimes a special friend, however different, is all you need to win through.
07

RatBurger
The fifth screamingly funny novel from David Walliams, number one bestseller and fastest growing children's author in the country. Hot on the heels of bestselling Gangsta Granny comes another hilarious, action-packed and touching novel - the story of a little girl called Zoe. Things are not looking good for Zoe. Her stepmother Sheila is so lazy she gets Zoe to pick her nose for her. The school bully Tina Trotts makes her life a misery - mainly by flobbing on her head. And now the evil Burt from Burt's Burgers is after her pet rat! And guess what he wants to do with it? The clue is in the title...From the author that is being called 'a new Roald Dahl', Ratburger is not to be missed!
08

Grandpa's Great Escape
Grandpa lives in a Maximum Security Twighlight Zone, and his Grandson attempts to set him free. Jack’s Grandpa… wears his slippers to the supermarket serves up tinned tongue for dinner and often doesn’t remember Jack’s name But he can still take to the skies in a speeding Spitfire and save the day… An exquisite portrait of the bond between a small boy and his beloved Grandpa – this book takes readers on an incredible journey with Spitfires over London and Great Escapes through the city in a high octane adventure full of comedy and heart. Illustrated by the award-winning Tony Ross.
09


When Tom gets hit on the head by a cricket ball, he finds himself at Lord Funt Hospital, and is greeted by a terrifying-looking porter. Things go from bad to worse when he meets the wicked matron in charge of the children’s ward… But Tom is about to embark on the most thrilling journey of a lifetime!


The Midnight Gang tells an extraordinarily heartwarming and, of course, funny story of five children on a hospital ward – and on a quest for adventure! It is a story of friendship and magic – and of making dreams come true. Readers are set to be utterly spellbound by this heartfelt story that will bring magic to everyone.