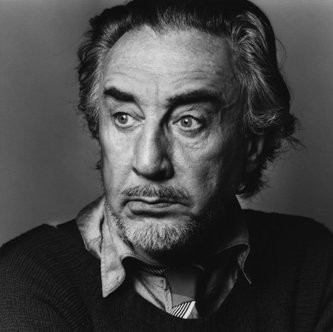 Born Roman Kacew (Yiddish: קצב, Russian: Кацев), Romain Gary grew up in Vilnius to a family of Lithuanian Jews. He changed his name to Romain Gary when he escaped occupied France to fight with Great Britain against Germany in WWII. His father, Arieh-Leib Kacew, abandoned his family in 1925 and remarried. From this time Gary was raised by his mother, Nina Owczinski. When he was fourteen, he and his mother moved to Nice, France. In his books and interviews, he presented many different versions of his father's origin, parents, occupation and childhood.

He later studied law, first in Aix-en-Provence and then in Paris. He learned to pilot an aircraft in the French Air Force in Salon-de-Provence and in Avord Air Base, near Bourges. Following the Nazi occupation of France in World War II, he fled to England and under Charles de Gaulle served with the Free French Forces in Europe and North Africa. As a pilot, he took part in over 25 successful offensives logging over 65 hours of air time.

He was greatly decorated for his bravery in the war, receiving many medals and honours.

After the war, he worked in the French diplomatic service and in 1945 published his first novel. He would become one of France's most popular and prolific writers, authoring more than thirty novels, essays and memoirs, some of which he wrote under the pseudonym of Émile Ajar. He also wrote one novel under the pseudonym of Fosco Sinibaldi and another as Shatan Bogat.

In 1952, he became secretary of the French Delegation to the United Nations in New York, and later in London (in 1955).

In 1956, he became Consul General of France in Los Angeles.

He is the only person to win the Prix Goncourt twice. This prize for French language literature is awarded only once to an author. Gary, who had already received the prize in 1956 for Les racines du ciel, published La vie devant soi under the pseudonym of Émile Ajar in 1975. The Académie Goncourt awarded the prize to the author of this book without knowing his real identity. A period of literary intrigue followed. Gary's little cousin Paul Pavlowitch posed as the author for a time. Gary later revealed the truth in his posthumous book Vie et mort d'Émile Ajar.

Gary's first wife was the British writer, journalist, and Vogue editor Lesley Blanch (author of The Wilder Shores of Love). They married in 1944 and divorced in 1961. From 1962 to 1970, Gary was married to the American actress Jean Seberg, with whom he had a son, Alexandre Diego Gary.

He also co-wrote the screenplay for the motion picture, The Longest Day and co-wrote and directed the 1971 film Kill!, starring his now ex-wife Seberg.

Suffering from depression after Seberg's 1979 suicide, Gary died of a self-inflicted gunshot wound on December 2, 1980 in Paris, France though he left a note which said specifically that his death had no relation with Seberg's suicide.

Promise at Dawn
'Promise at Dawn' begins as the story of a mother's sacrifice. Alone and poor, she fights fiercely to give her son the very best. Gary chronicles his childhood with her in Russia, Poland, and on the French Riviera. And he recounts his adventurous life as a young man fighting for France in the Second World War. But above all, he tells the story of the love for his mother that was his very life, their secret and private planet, their wonderland "born out of a mother's murmur into a child's ear, a promise whispered at dawn of future triumphs and greatness, of justice and love."


A romantic, thrilling memoir that has become a French classic.
04

The Kites
On a small farm in Normandy, as Hitler rises to power in Germany, young Ludo comes of age in the care of his Uncle Ambrose, an eccentric mailman, kite-maker, and pacifist. Ludo’s quiet existence changes the day he meets Lila, a girl from the aristocratic Polish family who own the estate next door. In a single glance, Ludo instantly falls in love forever; Lila, on the other hand, remains elusive. Thus begins Ludo’s adventure of longing, passion, and steadfast love for Lila, who begins to reciprocate his feelings just as Europe descends into war. After Germany invades Poland, Lila and her family disappear, and Ludo’s journey to save her from the Nazis becomes a journey to save his loved ones, his country, and ultimately himself.


Filled with unforgettable characters—an indomitable chef who believes Michelin stars are more enduring than military conquests; a Jewish brothel Madam who reinvents everything about herself during the war; a piano virtuoso turned RAF pilot—The Kites is Romain Gary’s poetic call for resistance in whatever form it takes.
05

The Roots of Heaven
"Well, I finally got an idea. When he fails, do like me: think about free elephant ride through Africa for hundreds and hundreds of wonderful animals that nothing could be built—either a wall or a fence of barbed wire—passing large open spaces and crush everything in its path, and destroying everything—while they live, nothing is able to stop them—what freedom and! And even when they are no longer alive, who knows, perhaps continue to race elsewhere still free. So you begin to torment your claustrophobia, barbed wire, reinforced concrete, complete materialism imagine herds of elephants of freedom, follow them with his eyes never left them on their run and will see you soon feel better ... "

For the novel The Roots of Heaven, Gary received the Prix Goncourt for fiction. Translated and republished in many countries around the world, the novel was finally published in Bulgarian. A film version by John Huston starring Juliette Gréco, Errol Flynn, and Howard Trevard was released in 1958.
10