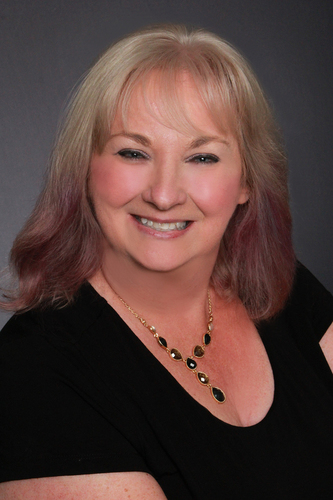 Gina Ardito is the award-winning author of more than twenty romances in contemporary, historical, and paranormal sub-genres. In 2012, she launched her freelance editing business, Excellence in Editing, and now has a stable of award-winning clients, as well.

She’s hosted workshops around the world for writing conferences, author organization chapter meetings, and library events. To her everlasting shame, despite all her accomplishments, she’ll never be more famous than her dog, who starred in commercials for 2015’s Puppy Bowl.


Gina Ardito is the author of books: A Little Slice Of Heaven, Duping Cupid, Duet in September, Nobody's Darling, Charming for Mother's Day (A Calendar Girls Novella), The Bonds of Matri-money, Nobody's Business, Nobody's Perfect, Lightning in a Bottle, Eternally Yours

A Little Slice Of Heaven
02

Duping Cupid
“Because sometimes, even Cupid needs a little help...”

Vivi and Bass have both been burned in their love lives and have never considered their relationship more than platonic. But Ava’s sudden intrusion makes Bass realize he’s in love with his best friend, Vivi. Now, with Ava’s help, he’ll try to dupe Vivi into seeing that the man she’s been waiting for has stood beside her all along.
03

Duet in September
Nia and Paige Wainwright, who have grown up in the Long Island seaside town of Snug Harbor, try an experiment to shake up their humdrum lives. Every day for thirty days, they intend to do one thing differently from their normal routine—with unique results.

Nia, still bitter years after her mother left the family for a wealthy tourist, finds herself falling for vineyard owner, Aidan Coffield, the son of a wealthy Manhattan real estate tycoon.

Each day of this special September will provide Paige and Nia with new adventures, new self-awareness, and of course, enough love to last two lifetimes.
04

After years of watching fairy tale movies, Ariana Soto has decided her hard-working, generous, pretty mom, Lucinda, needs a Prince Charming of her own. When television's "All Star Chef" winner, Colin Murriere, returns to Snug Harbor to open his new restaurant, Ariana knows he'll be perfect for Mom--with a little princely education from an expert.

But Colin and Lucie have a past Ariana knows nothing about. And she'll need to call on all her fairy tale princess experience to ensure these two end up with the Happily Ever After they deserve.
06

The Bonds of Matri-money
Renata Moon and Connell MacAllister lost more than a frivolous lawsuit in a Manhattan courtroom. Paying the settlement will probably force them to close their non-profit business. That is, until they learn about a
new survivalist game show set in exotic Bali. Grand prize: one million dollars. The catch? The show is for newlyweds.


Nothing that a quickie marriage--in name only--can't fix. But Renata and Connell didn't anticipate they'd be linked by handcuffs the entire time they're competing! Soon, spending days and nights with only a few inches of
chain between them begins to stir feelings they never knew existed.
07

Nobody's Business
After the death of her husband, professional competitive skier Brooklyn Raine has shunned the press. Living as Lyn Hill, bed-and-breakfast owner in a quaint Vermont mountain town, Brooklyn keeps a low profile and avoids any link to her former celebrity status. Now, her famous older sister has arrived with her children and fiancé in tow, and the spotlight threatens to burn bright on Brooklyn once again.

Sports reporter Douglas Sawyer sustained a devastating loss in Iraq and no longer cares about his career, much less his future. At the insistence of friends and family, he becomes the first civilian participant in Ski-Hab, a winter sports rehabilitation program for war veterans and amputees. After he discovers that pushy Lyn Hill is actually former ski star Brooklyn Raine, his instincts sense the perfect story line to thrust him back into the journalism world. Despite interference from other skiers, the local cab driver, and Brooklyn herself, Doug is determined to chronicle the life of the former ski champ.


But when their secrets are revealed, each will face a hard choice. Will Brooklyn and Doug abandon the easy trail to take a chance on the more challenging slope to love?
08

Nobody's Perfect
Summer Raine Jackson thought she had the perfect life, until her husband's infidelity was broadcast live on a radio program. Floundering after her divorce, she takes a temporary job at her sister's parenting services company while simultaneously planning the celebrity wedding of the year.
Single dad Craig Hartmann, known to his fans as wacky radio deejay Cliff Hanger, is in dire need of help caring for his rambunctious family. Pretty Summer Raine has every right to hold a grudge against him, since he aired the evidence of her former husband's affair to his national audience. Instead, she not only takes on his crazy life, she makes every day better, stealing his heart in the process.
But Summer isn't looking to be a family caregiver forever. Her goal is to own a successful wedding planning business. Can Craig convince her to give up the glamour of bridal gowns and fancy catering halls for the chaos of emergency rooms, temper tantrums, and the love of a good man?
09

Lightning in a Bottle
10

Eternally Yours
If they weren’t already dead, working together would probably kill them.

After one too many disappointments, Jodie Devlin took her own life. Until a new future can be created for her, she serves as one of Death’s bounty hunters, retrieving souls who haunt Earth. She’ll need smarts, charm, and trickery to convince these specters to give up the ghost and move on. These same skills come in handy for dealing with her bull-headed, know-it-all trainer.

Luc Asante’s wife ordered him taken off life support, condemning him to employment in the Afterlife. Now he’s saddled with a trainee who’s as soft-hearted as he is hard, as impulsive as he is methodical. In a place where perfection is the norm, she flaunts her flaws just to drive him nuts.

When the two confront the secrets of their past, only the ultimate sacrifice can save them both.