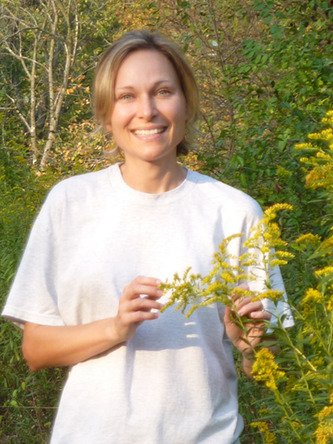 MADELINE FINN AND THE LIBRARY DOG is the 2017 CBC Children's Choice Award Winner in the K - 2 Book of the Year category.

I am continually inspired by these amazing Therapy Dogs and their handlers. They let me tag along for the better part of a year where I witnessed one magical moment after the next. Many of the dogs featured in the book are former shelter dogs, now living a new life helping children, and I'm proud to say this book continues to raise money for these wonderful programs.

Everyone knows dogs are masters at unconditional love. When a child senses they are accepted exactly as they are, their fears drop away. Doors open. It’s tough to put into words the beautiful bond between the animals and children. I hope this story shares a little bit of that magic.

MADELINE FINN AND THE LIBRARY DOG is a 2016 Parent's Choice Award Recommended book, a 2017 Children's Book Council Children's Choice Award Winner, and has been translated into 21 languages. Lisa Papp won the 2012 Storytelling Award, and a 2011 NAPPA Honor Award for The Town that Fooled the British, illustrated by her husband, Robert. Some of her favorite writers are L.M. Montgomery, J.R.R. Tolkien, and Sally Gardner. Illustrators she adores are Lisbeth Zwerger, Rien Poortvliet, and, of course, Robert Papp. She and her husband live in eastern Pennsylvania with their three wildly creative cats.

Madeline Finn and the Library Dog
Madeline Finn DOES NOT like to read. Not books. Not magazines. Not even the menu on the ice cream truck.

Fortunately, Madeline Finn meets Bonnie, a library dog. Reading out loud to Bonnie isn't so bad. When Madeline Finn gets stuck, Bonnie doesn't mind. Madeline Finn can pet her until she figures the word out.

As it turns out, it's fun to read when you're not afraid of making mistakes. Bonnie teaches Madeline Finn that it's okay to go slow. And to keep trying. And to get support from a friend.
02

The Town That Fooled the British: A War of 1812 Story
St. Michaels, Maryland, is a town of shipbuilders whose reputation for crafting powerful schooners carries far beyond the shores of young America. And once the War of 1812 starts, that's not necessarily a good thing. For the British have targeted the town as part of their campaign to defeat America in its fight to maintain its independence.
And now, in August of 1813 the British fleet is sailing up the Chesapeake River to St. Michaels. The town's militia is assembled but no one expects they can win the fight against the powerful British cannons. Citizens are being evacuated and the town is in turmoil.


All young Henry Middle wants to do is find his father amid the chaos of the coming attack. The lanterns he carries will be of use to the militia. As Henry works to conquer his rising fear, he realizes he may hold the answer to outsmarting the British in his very hands.

Chlo asks her mother for a puppy every single day. Finally, Mom says yes, and Chlo chooses Star, one of the puppies born to Mrs. Durand's dog Bianca. Then Mrs. Durand tells Chlo about animal shelters-a place many other pets come from. After a visit to their local shelter, Chlo has some questions. Does anyone play with the shelter dogs, or snuggle with them, or read to them? Questions lead to answers and ideas, and soon she discovers that there are lots of ways for small people to make a big difference.

Author-illustrator Lisa Papp offers a heartwarming exploration of life in an animal shelter in this inspiring and endearing book for young readers eager to help their communities.

Madeline Finn and Star are off to Walker Oaks, a retirement community where Star will take his tests to become a therapy dog. Accompanied by Mom, Mrs. Dimple, and Bonnie, she and Star make their way through a variety of challenges and meet several new friends. But Madeline Finn can't stop thinking about an elderly man in a wheelchair who never smiles. Is there something she and Star can do to help?

A companion to the Lisa Papp's best-selling books Madeline Finn and the Library Dog and Madeline Finn and the Therapy Dog, this heartwarming story explores the therapy dog training process and provides a realistic and appealing example of a young person making a difference in her community.
07

The Battles
Each paperback in this series features a trio of fictional stories highlighting a moment in history, with content taken from our popular Tales of Young Americans picture-book series. The Battles contains three stories focusing on key American battles: the Revolutionary War, the War of 1812, and the Civil War. The Scarlet Stockings Spy is set during the Revolutionary War. In Philadelphia 1777, childhood games now become life-and-death actions for Maddy Rose and her Patriot soldier brother, as British spies are everywhere. In The Town that Fooled the British, the War of 1812 comes to life when the British target St. Michaels, Maryland, in their campaign to defeat America. But a young boy's quick thinking helps the town escape destruction. The Last Brother is set on the battlefields of Gettysburg where Gabe, a Union Army bugler, meets and befriends Orlee, a young Confederate bugler. Now, with the battle looming ahead of him, Gabe is conflicted about what to do.
08