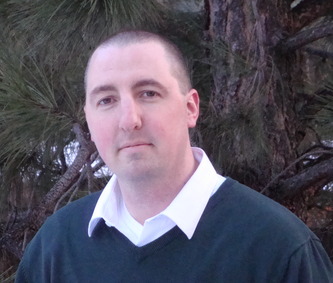 Divided We Fall (Divided We Fall, #1)
From the author of the acclaimed WORDS IN THE DUST: an action-packed YA novel set in a frighteningly plausible near future, about what happens when the States are no longer United.

Danny Wright never thought he'd be the man to bring down the United States of America. In fact, he enlisted in the National Guard because he wanted to serve his country the way his father did. When the Guard is called up on the Idaho governor's orders to police a protest in Boise, it seems like a routine crowd-control mission ... but then Danny's gun misfires, spooking the other soldiers and the already fractious crowd, and by the time the smoke clears, twelve people are dead.

The president wants the soldiers arrested. The governor swears to protect them. And as tensions build on both sides, the conflict slowly escalates toward the unthinkable: a second American civil war.

With political questions that are popular in American culture yet rare in YA fiction, and a provocative plot that could far too easily become real, DIVIDED WE FALL is Trent Reedy's very timely YA debut.
02

Words in the Dust
Zulaikha hopes. She hopes for peace, now that the Taliban have been driven from Afghanistan; a good relationship with her hard stepmother; and one day even to go to school, or to have her cleft palate fixed. Zulaikha knows all will be provided for her--"Inshallah," God willing.

Then she meets Meena, who offers to teach her the Afghan poetry she taught her late mother. And the Americans come to her village, promising not just new opportunities and dangers, but surgery to fix her face. These changes could mean a whole new life for Zulaikha--but can she dare to hope they'll come true?
03

If You're Reading This
Mike was seven when his father was killed in mysterious circumstances in Afghanistan. Eight years later, the family still hasn't recovered: Mike's mom is overworked and overprotective; his younger sister Mary feels no connection to the father she barely remembers; and in his quest to be "the man of the family," Mike knows he's missing out on everyday high school life.

Then, out of the blue, Mike receives a letter from his father - the first of a series Dad wrote in Afghanistan, just in case he didn't come home, meant to share some wisdom with his son on the eve of Mike's 16th birthday. As the letters come in, Mike revels in spending time with his dad again, and takes his encouragement to try new things - to go out for the football team, and ask out the beautiful Isma. But who's been keeping the letters all these years? And how did Dad actually die? As the answers to these mysteries are revealed, Mike and his family find a way to heal and move forward at last.
04

Burning Nation (Divided We Fall, #2)
In this wrenching sequel to DIVIDED WE FALL, Danny and friends fight to defend Idaho against a Federal takeover and the ravages of a BURNING NATION.

At the end of DIVIDED WE FALL, Danny Wright's beloved Idaho had been invaded by the federal government, their electricity shut off, their rights suspended. Danny goes into hiding with his friends in order to remain free. But after the state declares itself a Republic, Idaho rises to fight in a second American Civil War, and Danny is right in the center of the action, running guerrilla missions with his fellow soldiers to break the Federal occupation. Yet what at first seems like a straightforward battle against governmental repression quickly grows more complicated, as more states secede, more people die, and Danny discovers the true nature of some of his new allies.

Chilling, powerful, and all too plausible,, BURNING NATION confirms Trent Reedy's place as a provocative new voice in YA fiction.
05

Gamer Army
After Rogan Webber levels up yet again on his favorite video game, Laser Viper, the world-famous creator of the game invites him to join the five best players in the country for an exclusive tournament. The gamers are flown to the tech mogul's headquarters, where they stay in luxury dorms and test out cutting edge virtual-reality gaming equipment, doing digital battle as powerful fighting robots. It's the ultimate gaming experience.

But as the contest continues, the missions become harder, losing gamers are eliminated, and the remaining contestants face the growing suspicion that the game may not be what it seems. Why do the soldiers and robots they fight in Laser Viper act so weird? What's behind the strange game glitches? And why does the game feel so...real?

Rogan and his gamer rivals must come together, summoning the collective power of their Gamer Army to discover the truth and make things right...in a dangerous world where video games have invaded reality.
06

Danny Wright started the Second American Civil War—and now he’s out of it, at last. The Feds have left his beloved home state of Idaho, and Danny and his friends JoBell, Becca, Cal, and Sweeney can live free of US dominance. But that new peace comes with considerable costs, from Danny’s disturbing flashbacks of the fighting, to the ongoing food and power shortages, to the Brotherhood of the White Eagle, whose promises of “security” look more like brutality.

From fertile plains to mountains tall, brothers, sisters one and all

Then Danny makes a shocking discovery about the Brotherhood’s final aims, and he joins a group of townspeople on a dangerous journey across a ravaged Idaho. As America collapses into war and chaos, they find a hidden place to build a society of their own. But is it right to stay safe when the world is cracking apart? Danny must work out his answers to the ultimate questions: what is worth living for, and fighting for, and dying for.

We will defend our liberty, Idaho, our lives for thee
07

Stealing Air
You can't just ask for the chance to fly . . .
When his dad announced they were moving to Iowa, Brian looked forward to making some new friends. But on his first day there he makes an enemy instead -- Frankie Heller, the meanest kid in town. Brian needs to hang out with someone cool to get back on track. . . .
Alex has always been the coolest guy around, and good with money, just like his dad. But now the family is struggling, and he needs to make some cash to keep up appearances. Then an opportunity falls in his lap . . . .
Max is a scientific genius, but his parents are always busy with their own work. Building an actual plane should get their attention -- if only he wasn't scared of heights . . .
The answer to all three boys' problems starts with Max's secret flyer. But Frankie and the laws of popularity and physics stand in their way. Can they work together in time to get their plan AND their plane off the ground?
08

Hunter's Choice
Twelve-year-old Hunter Higgins has been dreaming about his first hunting trip for as long as he can remember. He’s taken the classes, earned his license, and become one of the best marksmen in his family. Now he’s old enough to join his father, grandfather, and uncle at their cabin for the first weekend of hunting season.


There’s only one problem: Hunter isn’t sure he can kill an animal. To make things more complicated, when they arrive at the cabin, his cousin Yumi is there with her friend Annette, who Hunter secretly has a crush on. Anxious about the hunt and the humiliation of possibly failing, Hunter grapples with what it means to have the power of life and death in his hands, and must decide what role he wishes to play in his relationship to nature and to wildlife.

Enduring Freedom
In this dual-narrative tale, a teenage American army private and an Afghan boy living under the horrors of the Taliban, caught on separate sides of the world during the tumultuous times leading up to and following 9/11, come to discover how much more they have in common than they ever could have imagined.