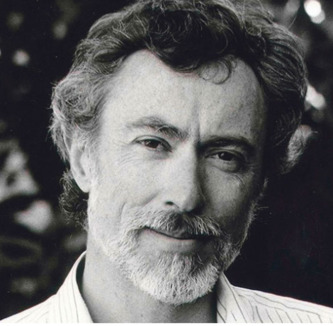 John Maxwell Coetzee is an author and academic from South Africa. He became an Australian citizen in 2006 after relocating there in 2002. A novelist and literary critic as well as a translator, Coetzee has won the Booker Prize twice and was awarded the 2003 Nobel Prize in Literature.

J.M. Coetzee is the author of books: Disgrace, Waiting for the Barbarians, Life and Times of Michael K, Foe, Elizabeth Costello, Slow Man, Youth, Summertime, Diary of a Bad Year, The Childhood of Jesus

Disgrace
Set in post-apartheid South Africa, J. M. Coetzee’s searing novel tells the story of David Lurie, a twice divorced, 52-year-old professor of communications and Romantic Poetry at Cape Technical University. Lurie believes he has created a comfortable, if somewhat passionless, life for himself. He lives within his financial and emotional means. Though his position at the university has been reduced, he teaches his classes dutifully; and while age has diminished his attractiveness, weekly visits to a prostitute satisfy his sexual needs. He considers himself happy. However, when Lurie seduces one of his students, he sets in motion a chain of events that will shatter his complacency and leave him utterly disgraced.
02

Waiting for the Barbarians
For decades the Magistrate has been a loyal servant of the Empire, running the affairs of a tiny frontier settlement and ignoring the impending war with the barbarians. When interrogation experts arrive, however, he witnesses the Empire's cruel and unjust treatment of prisoners of war. Jolted into sympathy for their victims, he commits a quixotic act of rebellion that brands him an enemy of the state.
J. M. Coetzee's prize-winning novel is a startling allegory of the war between oppressor and oppressed. The Magistrate is not simply a man living through a crisis of conscience in an obscure place in remote times; his situation is that of all men living in unbearable complicity with regimes that ignore justice and decency.
03

Life and Times of Michael K
In a South Africa torn by civil war, Michael K sets out to take his mother back to her rural home. On the way there she dies, leaving him alone in an anarchic world of brutal roving armies. Imprisoned, Michael is unable to bear confinement and escapes, determined to live with dignity. Life and Times of Michael K goes to the centre of human experience - the need for an interior, spiritual life, for some connections to the world in which we live, and for purity of vision.

'This is a truly astonishing novel... I finished Life & Times of Michael K in a state of elation, for all the misery and suffering it contains. I cannot recommend it highly enough' Evening Standard
04

Foe
With the same electrical intensity of language and insight that he brought to Waiting for the Barbarians , J.M. Coetzee reinvents the story of Robinson Crusoe—and in so doing, directs our attention to the seduction and tyranny of storytelling itself.

In 1720 the eminent man of letters Daniel Foe is approached by Susan Barton, lately a castaway on a desert island. She wants him to tell her story, and that of the enigmatic man who has become her rescuer, companion, master, and sometimes lover: Cruso. Cruso is dead, and his manservant, Friday, is incapable of speech. As she tries to relate the truth about him, the ambitious Barton cannot help turning Cruso into her invention. For as narrated by Foe—as by Coetzee himself—the stories we thought we knew acquire depths that are at once treacherous, elegant, and unexpectedly moving.

Elizabeth Costello
Since 1982, J. M. Coetzee has been dazzling the literary world. After eight novels that have won, among other awards, two Booker Prizes, and most recently, the Nobel Prize for literature, J.M. Coetzee has once again crafted an unusual and deeply affecting tale. Told through an ingenious series of formal addresses, Elizabeth Costello is, on the surface, the story of a woman's life as a mother, sister, lover, and writer. Yet it is also a profound and haunting meditation on the nature of storytelling.
06

Slow Man
Paul Rayment is on the threshold of a comfortable old age when a calamitous cycling accident results in the amputation of a leg. Humiliated, his body truncated, his life circumscribed, he turns away from his friends.

He hires a nurse named Marijana, with whom he has a European childhood in common: hers in Croatia, his in France. Tactfully and efficiently she ministers to his needs. But his feelings for her, and for her handsome teenage son, are complicated by the sudden arrival on his doorstep of the celebrated Australian novelist Elizabeth Costello, who threatens to take over the direction of his life and the affairs of his heart.
07

Youth
The second installment of J. M. Coetzee's fictionalized "memoir" explores a young man's struggle to experience life to its full intensity and transform it into art. The narrator of Youth has long been plotting an escape-from the stifling love of his overbearing mother, a father whose failures haunt him, and what he is sure is an impending revolution in his native country of South Africa. Arriving at last in London in the 1960s, however, he finds neither poetry nor romance and instead begins a dark pilgrimage into adulthood. Youth is a remarkable portrait of a consciousness, isolated and adrift, turning in on itself, of a young man struggling to find his way in the world, written with tenderness and a fierce clarity.
08

Summertime
Summertime is an inventive and inspired work of fiction that allows J.M. Coetzee to imagine his own life with a critical and unsparing eye, revealing painful moral struggles and attempts to come to grips with what it means to care for another human being.

A young English biographer is researching a book about the late South African writer John Coetzee, focusing on Coetzee in his thirties, at a time when he was living in a rundown cottage in the Cape Town suburbs with his widowed father - a time, the biographer is convinced, when Coetzee was finding himself as a writer. Never having met the man himself, the biographer interviews five people who knew Coetzee well, including a married woman with whom he had an affair, his cousin Margot, and a Brazilian dancer whose daughter took English lessons with him. These accounts add up to an image of an awkward, reserved, and bookish young man who finds it hard to make meaningful connections with the people around him.

Summertime is an inventive and inspired work of fiction that allows J.M. Coetzee to imagine his own life with a critical and unsparing eye, revealing painful moral struggles and attempts to come to grips with what it means to care for another human being. Incisive, elegant, and often surprisingly funny, Summertime is a compelling work by one of today's most esteemed writers.
09

Diary of a Bad Year
The latest by the Nobel Prize-winning author of Disgrace is an utterly contemporary work of fiction that addresses the profound unease of countless people in democracies across the world.
10

The Childhood of Jesus
After crossing oceans, a man and a boy arrive in a new land. Here they are each assigned a name and an age, and held in a camp in the desert while they learn Spanish, the language of their new country. As Simón and David they make their way to the relocation centre in the city of Novilla, where officialdom treats them politely but not necessarily helpfully.

Simón finds a job in a grain wharf. The work is unfamiliar and backbreaking, but he soon warms to his stevedore comrades, who during breaks conduct philosophical dialogues on the dignity of labour, and generally take him to their hearts.

Now he must set about his task of locating the boy’s mother. Though like everyone else who arrives in this new country he seems to be washed clean of all traces of memory, he is convinced he will know her when he sees her. And indeed, while walking with the boy in the countryside Simón catches sight of a woman he is certain is the mother, and persuades her to assume the role.

David's new mother comes to realise that he is an exceptional child, a bright, dreamy boy with highly unusual ideas about the world. But the school authorities detect a rebellious streak in him and insist he be sent to a special school far away. His mother refuses to yield him up, and it is Simón who must drive the car as the trio flees across the mountains.