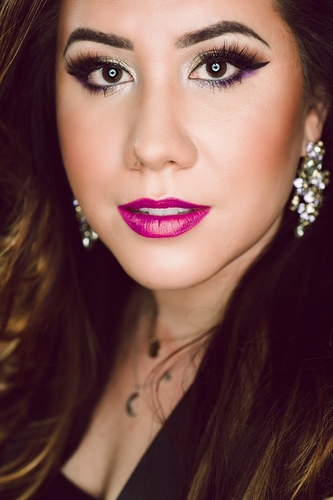 THE WRATH & THE DAWN and its sequel THE ROSE & THE DAGGER are available wherever books are sold.

** Please note that requests for Advanced Reader Copies should be made through Penguin, and all other requests should be submitted through the author's website. **

In a land ruled by a murderous boy-king, each dawn brings heartache to a new family. Khalid, the eighteen-year-old Caliph of Khorasan, is a monster. Each night he takes a new bride only to have a silk cord wrapped around her throat come morning. When sixteen-year-old Shahrzad's dearest friend falls victim to Khalid, Shahrzad vows vengeance and volunteers to be his next bride. Shahrzad is determined not only to stay alive, but to end the caliph's reign of terror once and for all.

Night after night, Shahrzad beguiles Khalid, weaving stories that enchant, ensuring her survival, though she knows each dawn could be her last. But something she never expected begins to happen: Khalid is nothing like what she'd imagined him to be. This monster is a boy with a tormented heart. Incredibly, Shahrzad finds herself falling in love. How is this possible? It's an unforgivable betrayal. Still, Shahrzad has come to understand all is not as it seems in this palace of marble and stone. She resolves to uncover whatever secrets lurk and, despite her love, be ready to take Khalid's life as retribution for the many lives he's stolen. Can their love survive this world of stories and secrets?
02

The Rose & the Dagger (The Wrath and the Dawn, #2)
The darker the sky, the brighter the stars.

In a land on the brink of war, Shahrzad is forced from the arms of her beloved husband, the Caliph of Khorasan. She once thought Khalid a monster—a merciless killer of wives, responsible for immeasurable heartache and pain—but as she unraveled his secrets, she found instead an extraordinary man and a love she could not deny. Still, a curse threatens to keep Shazi and Khalid apart forever.

Now she’s reunited with her family, who have found refuge in the desert, where a deadly force is gathering against Khalid—a force set on destroying his empire and commanded by Shazi’s spurned childhood sweetheart. Trapped between loyalties to those she loves, the only thing Shazi can do is act. Using the burgeoning magic within her as a guide, she strikes out on her own to end both this terrible curse and the brewing war once and for all. But to do it, she must evade enemies of her own to stay alive.

The saga that began with The Wrath and the Dawn takes its final turn as Shahrzad risks everything to find her way back to her one true love again.
03

Flame in the Mist (Flame in the Mist, #1)
The only daughter of a prominent samurai, Mariko has always known she’d been raised for one purpose and one purpose only: to marry. Never mind her cunning, which rivals that of her twin brother, Kenshin, or her skills as an accomplished alchemist. Since Mariko was not born a boy, her fate was sealed the moment she drew her first breath.

So, at just seventeen years old, Mariko is sent to the imperial palace to meet her betrothed, a man she did not choose, for the very first time. But the journey is cut short when Mariko’s convoy is viciously attacked by the Black Clan, a dangerous group of bandits who’ve been hired to kill Mariko before she reaches the palace.

The lone survivor, Mariko narrowly escapes to the woods, where she plots her revenge. Dressed as a peasant boy, she sets out to infiltrate the Black Clan and hunt down those responsible for the target on her back. Once she’s within their ranks, though, Mariko finds for the first time she’s appreciated for her intellect and abilities. She even finds herself falling in love—a love that will force her to question everything she’s ever known about her family, her purpose, and her deepest desires.
04

The Beautiful (The Beautiful, #1)
In 1872, New Orleans is a city ruled by the dead. But to seventeen-year-old Celine Rousseau, New Orleans provides her a refuge after she's forced to flee her life as a dressmaker in Paris. Taken in by the sisters of the Ursuline convent along with six other girls, Celine quickly becomes enamored with the vibrant city from the music to the food to the soirées and—especially—to the danger. She soon becomes embroiled in the city's glitzy underworld, known as La Cour des Lions, after catching the eye of the group's leader, the enigmatic Sébastien Saint Germain. When the body of one of the girls from the convent is found in the lair of La Cour des Lions, Celine battles her attraction to him and suspicions about Sébastien's guilt along with the shame of her own horrible secret.

When more bodies are discovered, each crime more gruesome than the last, Celine and New Orleans become gripped by the terror of a serial killer on the loose—one Celine is sure has set her in his sights . . . and who may even be the young man who has stolen her heart. As the murders continue to go unsolved, Celine takes matters into her own hands and soon uncovers something even more shocking: an age-old feud from the darkest creatures of the underworld reveals a truth about Celine she always suspected simmered just beneath the surface.

At once a sultry romance and a thrilling murder mystery, master storyteller Renée Ahdieh embarks on her most potent fantasy series yet: The Beautiful.
05

Smoke in the Sun (Flame in the Mist, #2)
For weeks, seventeen-year-old Mariko pretended to be a boy to infiltrate the notorious Black Clan and bring her would-be murderer to justice. She didn't expect to find a place for herself among the group of fighters—a life of usefulness—and she certainly didn't expect to fall in love. Now she heads to the imperial castle to resume a life she never wanted to save the boy she loves.

Ōkami has been captured, and his execution is a certainty. Mariko will do what she must to ensure his survival—even marry the sovereign's brother, saying goodbye to a life with Ōkami forever.

As Mariko settles into her days at court—making both friends and enemies—and attempting Ōkami's rescue at night, the secrets of the royal court begin to unravel as competing agendas collide. One arrow sets into motion a series of deadly events even the most powerful magic cannot contain. Mariko and Ōkami risk everything to right past wrongs and restore the honor of a kingdom thrown into chaos by a sudden war, hoping against hope that when the dust settles, they will find a way to be together.

Set against the backdrop of feudal Japan, Smoke in the Sun is the breathless, romantic, not-to-be-missed fiery conclusion to a spell-binding adventure.
06

The Crown & the Arrow (The Wrath and the Dawn, #0.5)
Seventy-one days and seventy-one nights had come and gone since Khalid began killing his brides. This dawn, Khalid would mark the loss of the seventy-second girl, Shahrzad al-Khayzuran. Khalid didn’t know how many more of these dawns he could take. And there was something about this latest girl that piqued his interest. Not only had she volunteered to marry him, but at their wedding ceremony, she had seemed not the least bit afraid. In fact, what he had seen in her eyes was nothing short of pure hatred. She was about to lose her life. Why wasn’t she afraid? Why did she hate him so? He had never before gone to his wife’s chambers before her death at dawn. Tonight would be different.
07

The Moth & the Flame (The Wrath & the Dawn, #0.25)
It started as playful, if barbed, banter before rising to a fateful wager with a most notorious rake—the Captain of the Guard, Jalal al-Khoury—who may have finally met his match in a lovely, if haughty, handmaiden, Despina. But she, too, seems to have met her match in the handsome Jalal. What begins as a tempestuous battle of will and wit in short order becomes a passionate affair spurred on by tragedy of the worst kind.
08

The Mirror & the Maze (The Wrath and the Dawn, #1.5)
The city of Rey is burning. With smoke billowing, fires blazing and his people fleeing, Khalid races back to defend his city, and protect his queen. But Khalid is too late to do either. He and his men arrive to find the city in ruins, nothing but a maze of destruction, and Shahrzad is gone. But who could have wrought such devastation? Khalid fears he may already know the answer, the price of choosing love over the people of Rey all too evident.
09

Ōkami (Flame in the Mist, #1.25)
At the close of Flame in the Mist, to end a bloodbath between the Black Clan and imperial soldiers, Ōkami allows himself to be taken prisoner by Prince Raiden, Mariko’s betrothed. For someone who doesn’t believe in heroes, it’s a surprising choice: to trade his life for the lives of his friends and the one he loves. For he will surely be killed when he arrives in the Imperial City. But he decides if his life is the cost of love, it may not be too high a price after all.
10

Yumi (Flame in the Mist, #1.75)
When Yumi receives word of the battle led against her brother and the Black Clan by Prince Raiden and the Dragon of Kai, and of Ōkami’s sacrifice, she resents the bars of her gilded cage all the more. She’s tired of being a sheltered bird, protected in the Hanami. What Yumi really wants is to strike a blow against all the forces that control her life. The time has come.