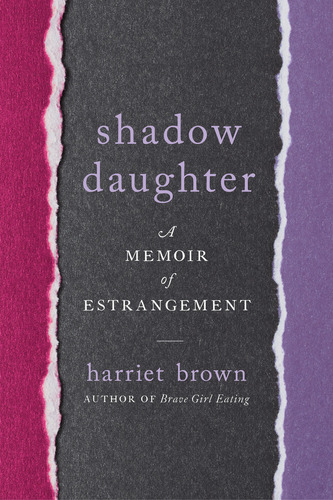 Harriet Brown is the author of books: Brave Girl Eating: A Family's Struggle with Anorexia, Body of Truth: Change Your Life by Changing the Way You Think about Weight and Health, Feed Me!: Writers Dish About Food, Eating, Weight, and Body Image, Welcome to Kit's World · 1934: Growing Up During America's Great Depression, The Babysitter's Handbook: The Care and Keeping of Kids, Shadow Daughter: A Memoir of Estrangement, A Smart Girl's Guide: Babysitting, Kit's Railway Adventure, Mr. Wrong: Real-Life Stories About the Men We Used to Love, Babysitter's Business Kit: Be the Best Babysitter on the Block!

Brave Girl Eating: A Family's Struggle with Anorexia
In Brave Girl Eating, the chronicle of a family’s struggle with anorexia nervosa, journalist, professor, and author Harriet Brown recounts in mesmerizing and horrifying detail her daughter Kitty’s journey from near-starvation to renewed health. Brave Girl Eating is an intimate, shocking, compelling, and ultimately uplifting look at the ravages of a mental illness that affects more than 18 million Americans.
02

Body of Truth: Change Your Life by Changing the Way You Think about Weight and Health
Over the last 25 years, our longing for thinness has morphed into a relentless cultural obsession with weight and body image. You can't be a woman or girl (or, increasingly, a man or boy) in America today and not grapple with the size and shape of your body, your daughter's body, other women's bodies. Even the most confident people have to find a way through a daily gauntlet of voices and images talking, admonishing, warning us about what size we should be, how much we should weigh, what we should eat and what we shouldn't. Obsessing about weight has become a ritual and a refrain, punctuating our every relationship, including the ones with ourselves. It's time to change the conversation around weight. Harriet Brown has explored the conundrums of weight and body image for more than a decade, as a science journalist, as a woman who has struggled with weight, as a mother, wife, and professor. In this book, she describes how biology, psychology, metabolism, media, and culture come together to shape our ongoing obsession with our bodies, and what we can learn from them to help us shift the way we think. Brown exposes some of the myths behind the rhetoric of obesity, gives historical and contemporary context for what it means to be "fat," and offers readers ways to set aside the hysteria and think about weight and health in more nuanced and accurate ways.
03

Feed Me!: Writers Dish About Food, Eating, Weight, and Body Image
In our appearance-obsessed society, eating is about much more than hunger and sustenance. Food inspires pleasure and anxiety, shame and obsession. We are constantly judged on how we look, so we’ve come to judge ourselves (and others) on what and how we eat.

These evocative essays, from some of the most talented and popular writers working today, tackle this universal subject with humor, longing, and compassion. Joyce Maynard writes about learning to make pie with her complex but adored mother. Caroline Leavitt’s chilling piece describes the overlap between power and eating. Ophira Edut explains how an outspoken “body outlaw” wound up on Jenny Craig. Diana Abu-Jaber writes about abandoning her Bedouin customs for America’s silverware and table manners–and missing the physical, hands-on connection with food.

Exploring the bonds between appetite and remorse, hunger and longing, satisfaction and desire, this anthology is for every woman who’s ever felt guilty about eating dessert, or gushed over a friend’s weight loss, or wished she had a different body.
04

Welcome to Kit's World · 1934: Growing Up During America's Great Depression
Through photographs, illustrations, and both factual and fictionalized anecdotes, shows what life was like in the United States during the Depression.
05

The Babysitter's Handbook: The Care and Keeping of Kids
Top-notch tips for young babysitters taking on the big responsibility of child care.
06

Shadow Daughter: A Memoir of Estrangement
A riveting, provocative, and ultimately hopeful exploration of mother-daughter estrangement, woven with research and anecdotes, from an award-winning journalist.

The day of her mother's funeral, Harriet Brown was five thousand miles away. To say that Harriet and her mother had a difficult relationship is a wild understatement; the older Harriet grew, the more estranged they became. By the time Harriet's mom died at age 76, they were out of contact. Yet Harriet felt her death deeply, embarking on an exploration of what family estrangement means—to those who cut off contact, to those who are estranged, to the friends and family members who are on the sidelines.

Shadow Daughter tackles a subject we rarely discuss as a culture: family estrangements, especially those between parents and adult children. Estrangements—between parents and children, siblings, multiple generations—are surprisingly common, and even families that aren't officially estranged often have some experience of deep conflicts. Estrangement is an issue that touches most people, one way or another, one that's still shrouded in secrecy, stigma, and shame. In addition to her personal narrative, Harriet employs interviews with others who are estranged, as well as the most recent research on family estrangement, for a brave exploration of this taboo topic. Ultimately, Shadow Daughter is a thoughtful, deeply researched, and provocative exploration of the ties that bind and break, forgiveness, reconciliation, and what family really means.
07

A Smart Girl's Guide: Babysitting
Who will be the best babysitter on the block? You! Inside this guide, you’ll find professional tips and tricks, quizzes, secrets from real sitters, and safety how-to information that will keep kids and parents asking for you. You’ll learn how to care for kids and become a wiz at changing a baby’s diaper properly, calming a crying child after her parents leave, and even making a picky eater happy and full.
08

Kit's Railway Adventure
All aboard with Kit Kittredge for a memorable railroad adventure to Montana's majestic Glacier National Park! Order anything you like in the train's dining car, and sleep on the cozy upper bunk in a fancy drawing room compartment.
09

Mr. Wrong: Real-Life Stories About the Men We Used to Love
“Don’t date this guy, he’s crazeeeee.”
–Diana Abu-Jabar, “Of Romance And Revolution”

Mr. Wrong is the tug behind your navel, the guy who lights you up like a Roman candle, the danger you can’t resist. And just about every woman, at some point in her life, has encountered one–or many.

Women everywhere will see themselves in these witty, wise, and entertaining personal essays by some of the literary world’s most accomplished and bestselling authors, including Jane Smiley, Audrey Niffennegger, Jacquelyn Mitchard, Ntozake Shange, Roxana Robinson, Marge Piercy, and Ann Hood. Readers will delight in the array of Mr. Wrongs encountered in these pages–from harmless and charming to revolting and offensive–and ultimately relish the notion that even if we succumb to the temptation of an utterly reckless romance, we can emerge with our hearts intact.

By turns wry and heartfelt, lighthearted and redemptive, these insightful, uplifting real-life stories run the emotional gamut, from Whitney Otto’s satisfying tale of a Mr. Wrong who receives his comeuppance in an unexpected way, to Robin Westen’s steamy account of lust with a zen master, to Monika Ekk’s rueful “I Married a Wanker!” Some are hilarious, like Marion Winik’s “The Ten Most Wanted,” while others, like Catherine Texier’s “Russian Lessons,” take us to the dark side of love and longing.

For every prince charming there are a million frogs. If you’ve ever trusted a man you couldn’t trust, Mr. Wrong will make you laugh, cry, and shake your head in recognition at yourself and your friends.
10

Babysitter's Business Kit: Be the Best Babysitter on the Block!