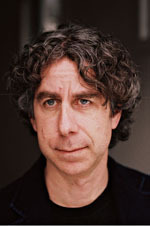 Joel Bakan is a professor of law at the University of British Columbia, and an internationally renowned legal scholar and commentator. A former Rhodes Scholar and law clerk to Chief Justice Brian Dickson of the Supreme Court of Canada, Bakan has law degrees from Oxford, Dalhousie, and Harvard. His critically acclaimed international hit, The Corporation: The Pathological Pursuit of Profit and Power (Free Press, 2004), electrified readers around the world (it was published in over 20 languages), and became a bestseller in several countries. The book inspired a feature documentary film, The Corporation, written by Bakan and co-created with Mark Achbar, which won numerous awards, including best foreign documentary at the Sundance Film Festival, and was a critical and box office success. Bakan’s highly regarded scholarly work includes Just Words: Constitutional Rights and Social Wrongs (University of Toronto Press, 1997), as well as textbooks, edited collections, and numerous articles in leading legal and social science journals. His new book, Childhood Under Siege: How Big Business Targets Children, will be available in August, 2011. A frequent recipient of awards for both his writing and teaching, Bakan has worked on landmark legal cases and government policy, and served regularly as a media commentator, appearing on national television and radio. He is a popular and accomplished public speaker who has, over the last few years, addressed business, government, academic, and activist audiences in the United States and abroad. Bakan, who is also a professional jazz guitarist, grew up in East Lansing, Michigan and now lives in Vancouver, Canada with his wife, Rebecca Jenkins, and their two children, Myim and Sadie.

The Corporation: The Pathological Pursuit of Profit and Power
The inspiration for the film that won the 2004 Sundance Film Festival Audience Award for Best Documentary, The Corporation contends that the corporation is created by law to function much like a psychopathic personality, whose destructive behavior, if unchecked, leads to scandal and ruin.

Over the last 150 years the corporation has risen from relative obscurity to become the world’s dominant economic institution. Eminent Canadian law professor and legal theorist Joel Bakan contends that today's corporation is a pathological institution, a dangerous possessor of the great power it wields over people and societies.

In this revolutionary assessment of the history, character, and globalization of the modern business corporation, Bakan backs his premise with the following observations:

-The corporation’s legally defined mandate is to pursue relentlessly and without exception its own economic self-interest, regardless of the harmful consequences it might cause to others.
-The corporation’s unbridled self-interest victimizes individuals, society, and, when it goes awry, even shareholders and can cause corporations to self-destruct, as recent Wall Street scandals reveal.
-Governments have freed the corporation, despite its flawed character, from legal constraints through deregulation and granted it ever greater authority over society through privatization.

But Bakan believes change is possible and he outlines a far-reaching program of achievable reforms through legal regulation and democratic control.

Childhood Under Siege: The Corporate Assault on Children and What We Can Do to Stop It
Corporations have found a new resource to be mined for profit: our children. In this shocking and indelible behind-the-scenes journey, Joel Bakan, acclaimed author and award-winning maker of the renowned film and international bestselling book "The Corporation," uncovers the astonishing degree to which companies exploit the special vulnerabilities of children, manipulate parents' fears, and operate with callous disregard for children's health and well-being. The number of children taking dangerous psychotropic drugs has skyrocketed as pharmaceutical companies employ insidious, often illegal tactics to inflate diagnoses of disorders and convince parents their children require medication. A highly sophisticated marketing industry deploys increasingly subtle and powerful tactics to play on children's intense emotions and desires and to lure them into obsessive consumerism. Computer game designers craft techniques to titillate children with sex and violence, while social media developers infiltrate and shape children's social and emotional worlds to compel them to spend more and more monetizable time online. America's schools are being transformed into profit centers while children are subjected to increasingly regimented teaching that thwarts curiosity and creativity, numbing the joy of learning. And children's chronic health problems, from asthma to cancer, autism, and birth defects, steadily escalate as thousands of new industrial chemicals are dumped into their environments.

Nelson Mandela once sagely remarked that "there can be no keener revelation of a society's soul than the way it treats its children." The problem today, as Joel Bakan reveals, is that business interests have made protecting children extremely difficult. Corporations pump billions into rendering parents and governments powerless to shield children from an unrelenting commercial assault, with the result that after a century of progress, during which protective laws and regulations were widely promulgated, children are once again exposed to substantial harms at the hands of economic actors.

"Childhood Under Siege "leaves no room for doubt that this assault on childhood is a major crisis of our time. A powerful manifesto for urgent change, it empowers us to shield our own children while offering concrete and realistic proposals for legal reforms that would protect all children from these predatory practices.
03

Just Words: Constitutional Rights and Social Wrongs
The Canadian Charter of Rights is composed of words that describe the foundations of a just society: equality, freedom, and democracy. These words of justice have inspired struggles for civil rights, self-determination, trade unionism, the right to vote, and social welfare. Why is it, then, that fifteen years after the entrenchment of the Charter, social injustice remains pervasive in Canada?

Sophisticated in its analyses but clearly written and accessible, Just Words is cutting-edge commentary by one of Canada's rising intellectuals.
04

The New Corporation: How "Good" Corporations Are Bad for Democracy
A brilliant follow up to the internationally bestselling The Corporation , with a new look inside the minds of corporations to see how they've changed and, most importantly, how they haven't.

In 2004, Joel Bakan released The Corporation, a seminal book and documentary of the same name, which diagnosed corporations as institutional psychopaths. In its wake, corporations began proclaiming they had changed. Newly committed to social purpose and eschewing narrow self-interest, they now had a conscience, they said, and were poised to become part of the solution to global ills, claiming they would reduce social and environmental harm and reorient themselves to solving the world's problems. The new corporation had emerged.

But, as it turned out, it was not fundamentally different. Legally programmed to prioritize its own best interests, like its predecessor, the new corporation was capable of doing good, but only in kinds and amounts that would help it do well; and it could refrain from doing bad, but not when doing bad was better than doing good for doing well. In short, the corporation's self-interested compulsions had not changed. It remained a psychopath--albeit a more charming one.

And with its new charm, the corporation set out to cajole governments to free it from regulation (claiming it could now be trusted to self-regulate) and grant it control over previously public domains (claiming it could now be entrusted with public interests). Societies began to change, now no longer just having corporations, but being, in all dimensions, corporate. The results were ruinous. Corporate crime and malfeasance hit all-time highs, democracy was hollowed out, inequality widened and deepened, climate change spiraled, and, of course, Donald Trump became president.

What, then, do we do? Joel Bakan's new book tells the updated history of corporations and the surging global resistance to them that has risen over the last fifteen years. Drawing from interviews with business and thought leaders, politicians, economists, activists, disruptors, and more, Bakan shines a light on the corporation of today: an entity that is somehow worse for trying to do better.
05

Corporation: The Pathological Pursuit of Profit and Power
07

Social Justice And The Constitution: Perspectives On A Social Union For Canada
10

Economix: How and Why Our Economy Works (and Doesn't Work), in Words and Pictures
Stimulus plans: good or bad? Free markets: How free are they? Jobs: Can we afford them? Occupy Wall Street . . . worldwide

Everybody's talking about the economy, but how can we, the people, understand what Wall Street or Washington knows--or say they know? Read "Economix."

With clear, witty writing and quirky, accessible art, this important and timely graphic novel transforms "the dismal science" of economics into a fun, fact-filled story about human nature and our attempts to make the most of what we've got . . . and sometimes what our neighbors have got. "Economix "explains it all, from the beginning of Western economic thought, to markets free and otherwise, to economic failures, successes, limitations, and future possibilities. It's the essential, accessible guide to understanding the economy and economic practices. A must-read for every citizen and every voter.PRAISE FOR "ECONOMIX
"
"It's simply phenomenal. You could read ten books on the subject and not glean as much information."-- David Bach founder of FinishRich Media; author of nine "New York Times" bestsellers, including "Debt Free for Life" and "The Automatic Millionaire" "Goodwin has done the seemingly impossible--he has made economics comprehensible "and" funny."-- Joel Bakan, author of "The Corporation" "The Pathological Pursuit of Profit and Power" "An amazing lesson in true-world economics Delightfully presented, powerful, insightful, and important information What a fun way to fathom a deep and often dark subject "-- John Perkins, author of "Hoodwinked" and the "New York Times" bestseller "Confessions of an Economic Hit Man" "Smart, insightful, clear, and as close to the truth as economics can get. The bonus: Who would have guessed that economics could be fun, and--here's the joy--really accessible? Goodwin roots us in history and fills us with common sense understanding. As he puts it early on, economics seems horribly complicated mostly because we're looking at it all at once. Broken down into its component pieces, it's relatively easy to understand. And a good understanding of economics is critical to maneuvering in the world today. If I were compiling a list of the 100 most important books you can read in a lifetime, this would be on it."--Stephen Petranek, editor-in-chief, Weider History magazines, former editor-in-chief of "Discover" magazine "Through a potent mix of comics and punchy, concise, accessible prose, Goodwin takes us on a provocative, exhaustively researched, and exceedingly engaging trip through our history and present day, creating an alternately hilarious and scary picture of where we are today as an economy-- and what it all means. More than that, Goodwin makes the arcane, understandable. If your mind either spins or slumbers at the thought of economics, read Goodwin's "Economix" and all will become clear. --Nomi Prins, author of "It Takes a Pillage: An Epic Tale of Power, Deceit, and Untold Trillions" ""Economix" is a lively, cheerfully opinionated romp through the historical and intellectual foundations of our current economy and our current economic problems. Goodwin has a knack for distilling complex ideas and events in ways that invite the reader to follow the big picture without losing track of what actually happened. Any reader wondering how our economy got to where it is today will find this a refreshing overview."--Timothy W. Guinnane, Philip Golden Bartlett Professor of Economic History, Yale University