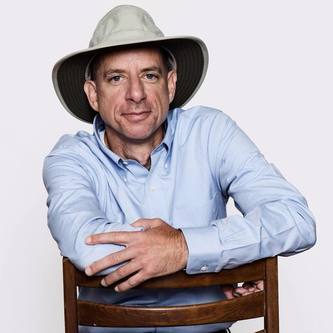 My path to being a writer has been an interesting one. It started when I left my “normal” life behind and decided to follow a life-long dream of seeing the world. I was thirty-two years old at the time. Too old to be leaving a lucrative career and acting like a college kid, many people told me. I heard the word “crazy” a lot when people learned what I was planning.

I’d crawled my way up from the poverty level, and the general thought was once you’ve done that, you don’t go and throw it all away. The thing was though, I’d arrived at a point where I just couldn’t imagine myself continuing on the same path and being OK with it. Tough crawl or not, something had to change.

Although to most of the world it seemed crazy, I headed off on an adventure. A year of backpacking around the world. After just a week, I wrote in my journal that before I left, there were a thousand reasons why the trip made no sense. But after just seven days on the road, none of them were true anymore.

That year changed my life. I experienced the people, animals, ruins and cultures I’d been dreaming of seeing since I was a kid. I learned more about life, the world, and myself than in all my previous years combined. Perhaps most importantly, I felt free for the first time in a very long time.

About four months after returning home, something told me to sit down and start typing. It was like an internal guiding thought. When you’re on the road in countries where you don’t speak the language and don’t know the nuances, you learn to trust this sort of internal guidance. Often it’s all you have. So when it said, “type” I sat and typed.

Over twenty-one days, something flowed through me and onto the pages. I never thought what I was going to type. I never even read what flowed each day. I just typed. At the end of the twenty-one days, it felt like the flow was complete. So I printed out what I’d typed, put it on a shelf, and let it sit for a little while. What was on those pages when I read it a week later, was almost word for word, what is in my first book, The Cafe on The Edge of The World.

It has not been all flow since that day. I’ve been rejected by at least a hundred publishers around the world. Maybe closer to two hundred. I even got a rejection letter while my book was on the bestseller list from someone who hadn’t gotten around to reading it when it was sent.

Yet here we are. That little story has been translated into 42 languages and been a #1 bestseller for over 5 years on three different continents. Most importantly, it has connected with readers in a way which has inspired them. Which is awesome.

When I was a child, my favorite books were adventure books. I loved them because I too wanted to be an adventurer. It was when I turned that dream into my reality and backpacked the world, that my life really took off. Being an author has been a very big part of that. I’m still an adventurer at my core. And one of my great thrills is hearing from readers that my books have in some way helped them take the leap into their own adventures.

The Big Five for Life
This book will inspire you. It will change your life in ways you can't know now, but you'll understand completely once you're done reading it.

At every given moment we are all called to be leaders. If for no other purpose than to lead ourselves.

After all, someone has to inspire you to get out of bed each day. And that someone, is you.

It is told from the perspective of Thomas Derale, a man viewed by the people around him as the greatest leader in the world. At fifty-five years of age he learns he is dying. Yet even in that the act of dying he inspires everyone around him to live.

The principles in this book, such as the Big Five for Life and Museum Day Morning, have positively impacted readers around the world. Each in their own unique way as they have applied them to their life, their situation.
03