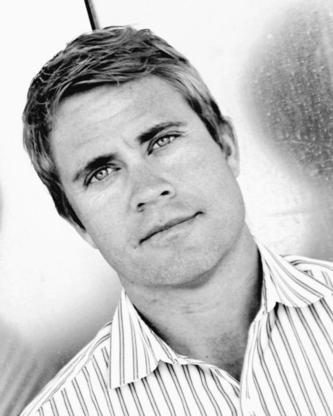 The Lincoln Hypothesis: A Modern-day Abolitionist Investigates the Possible Connection Between Joseph Smith, the Book of Mormon, and Abraham Lincoln
Abraham Lincoln became the sixteenth US president during a very dark time in America's history. Author Timothy Ballard explores the crucial role that President Lincoln played to bring this nation closer to heaven. Readers will see Lincoln as a man inspired of God who invoked a covenant relationship between America and its maker—not unlike the national covenants invoked by righteous leaders in the Book of Mormon. In addition, The Lincoln Hypothesis reveals documented evidence that Abraham Lincoln did, in fact, check out the Book of Mormon as he struggled with making some of the most critical decisions of his presidency. Did he read it? Did it influence him? Was the Book of Mormon a key factor in Lincoln's success and the healing of a nation?

The author states, "As you read, you will, like a prosecutor reviewing a case, or like a jury determining a verdict, identify valuable pieces of evidence that can be fully substantiated. You will also identify pieces of evidence that cannot. I ask you to consider all the evidence and weight it accordingly. Through this study, many questions regarding the interplay between the restored gospel and the Civil War will be answered. New questions may emerge that will not be so easily answered. Either way, in the end you will find yourself on a most exhilarating investigative journey."
02

Slave Stealers: True Accounts of Slave Rescues: Then and Now
Follow two abolitionists who fought one of the most shockingly persistent evils of the world:  human trafficking and sexual exploitation of slaves. Told in alternating chapters from perspectives spanning more than a century apart, read the riveting 19th century first-hand account of Harriet Jacobs and the modern-day eyewitness account of Timothy Ballard.

Harriet Jacobs was an African-American, born into slavery in North Carolina in 1813. She thwarted the sexual advances of her master for years until she escaped and hid in the attic crawl space of her grandmother’s house for seven years before escaping north to freedom. She published an autobiography of her life, Incidents in the Life of a Slave Girl, which was one of the first open discussions about sexual abuse endured by slave women. She was an active abolitionist, associated with Frederick Douglass, and, during the Civil War, used her celebrity to raise money for black refugees. After the war, she worked to improve the conditions of newly-freed slaves.

As a former Special Agent for the Department of Homeland Security who has seen the horrors and carnage of war, Timothy Ballard founded a modern-day “underground railroad” which has rescued hundreds of children from being fully enslaved, abused, or trafficked in third-world countries. His story includes the rescue and his eventual adoption of two young siblings—Mia and Marky, who were born in Haiti.

Section 2 features the lives of five abolitionists, a mix of heroes from past to present, who call us to action and teach us life lessons based on their own experiences: Harriet Tubman—The “Conductor”; Abraham Lincoln—the “Great Emancipator”; Little Mia—the sister who saved her little brother; Guesno Mardy—the Haitian father who lost his son to slave traders; and Harriet Jacobs—a teacher for us all.
03

The Washington Hypothesis
We know that George Washington was a moral man and an inspiring leader, but did he possibly know more than we suppose? Was he a national covenant maker like Moses, Abraham, Lehi, or Captain Moroni? Did he understand that he was fighting for the liberty of a promised land protected by God, a place where the Lord's holy temples could be built?


The Washington Hypothesis explores the intriguing evidence that Washington and the other Founding Fathers knew the Lord had a greater purpose for America. It takes us on a fascinating historical journey through the miracles of the Revolutionary War to the foundational documents of this great nation to the symbolism evident in every corner of the nation's capital. Exploring how Washington's beliefs framed his every action, author Timothy Ballard draws compelling conclusions about the divinity of that great leader's calling. As we see the evidence of the Lord's hand in Washington's life, we may discover a much grander design at work in the founding of our nation.
04

The Pilgrim Hypothesis
America is a country with deep-seated roots of faith planted by pilgrims seeking religious independence. It was these men and women who paved the way for a free nation under God in this promised land—but what if those early voyagers were brought here for a much greater purpose? What if their arrival in this new land heralded the fulfillment of ancient prophecy,- laying the foundation of a country that would allow for the restoration of the gospel of Jesus Christ and the beginning of the gathering of scattered Israel? In The Pilgrim Hypothesis, readers are presented with a gripping new investigation by best-selling author and historian Timothy Ballard as he uncovers what the early colonists—a people who believed themselves to be the “New Israel”—may have known about their role in the restoration of the gospel. Delve into a complex history bridging the centuries and spanning the globe, as each clue leads to one compelling conclusion: history and scripture may be far more intertwined than you’ve ever realized.
05

The Covenant: One Nation Under God - America's Sacred and Immutable Connection to Ancient Israel
Why did Christopher Columbus assert that he was "guided by an angel" at the moments of greatest distress? What prompted the original colonists to embrace the notion that the land of America was "New Israel" to them? What power urged Washington and his rag-tag army to successfully go against the greatest military power in the known world? What brought about the the terrible national crisis that left our nation grieving, humbled and repentant after the desolation of the Civil War?

What is the secret behind the nation's unsurpassed record of prosperity, protection and liberty? What are the responsibilities and consequences incumbent upon a people so blessed?

The answer to these, and many other questions relating to our country's real national treasure are found in the pages of THE COVENANT.

Ballard's book reveals a new interpretation of American history that has never been articulated this way before. THE COVENANT: America's Sacred and Immutable Connection to Ancient Israel is an extraordinary work bringing to light the profound connection between America and the Promises made to the ancient House of Israel.

To be clear, this book is not about America's tie to the modern State of Israel (the tribe of Judah gathering since 1948) but rather, the text harks back to 743 B.C. to the Northern Kingdom of ancient Israel and the Ten Tribes who were scattered into the "Northlands" of Western Europe, Great Britain and Scandinavia, who carried in their blood line the right to invoke "the Promises made to the Fathers."

Every freedom-loving patriot in modern times (in every nation of the world) has already been inspired by the blessings emanating from the "just and holy principles" upon which America was founded. Could it be that America was designed to be much more than just a political entity and that her founders understood and endeavored to teach the rising generations what it would take to preserve those blessings forever?

While as a nation we have breached the Covenant in many instances and suffered as a result, this book is written to leave all without excuse. We have within our grasp the freedom to choose to honor or to violate the terms of the Covenant and surely as a nation, we will live or die by the consequences of that choice.
06

The Covenant: America's Sacred and Immutable Connection to Ancient Israel
07

The American Covenant: One Nation Under God, Vol. 1: Discovery Through Revolution
08

The American Covenant: One Nation Under God, Vol. 2: The Constitution, the Civil War, and Our Fight to Preserve the Covenant Today
This book is the LDS Edition of THE COVENANT, LINCOLN & THE WAR by Ballard (ISBN 0988375109) VII of The American Covenant picks up at the end of the Revolutionary War and takes the reader through the creation of the Constitution, then on to the tragedy of the Civil War and on through to the challenges facing the Covenant in our present day today. Vol 2 spends a great deal of time reviewing the role of Abraham Lincoln and how God raised him up to preserve the Union at a time when it was on the brink of collapse.

If you enjoyed Volume 1 you will LOVE Volume 2 of this continuing work!

SYNOPSIS:
Yes, you know this is a "choice land" given by God, but have you ever considered that perhaps there is a deeper connection-even deeper than you ever imagined-between Heaven and America?

Why did the early settlers insist they were the "New Israel"? Why was George Washington's scripture of choice an Old Testament prophecy about the gospel destiny of America? Why did John Adams seek a "Restoration," and why did Jefferson directly prophecy that it would occur shortly after his death and that it would land upon the foundation of the Constitution? Why (and how) did Abraham Lincoln, like a prophet of old, fulfill ancient and modern prophecy? And how did God prepare him for the work he accomplished. You will learn why history has repeated itself in the founding of latter-day Israel, and why did the Founding Fathers feel such a profound connection (in life and death) to "temple" worship?

These are but samples of the many puzzle pieces that, when properly assembled, reveal the true nature and purpose of America. Other evidences include symbolic images on our dollar bill, miracles in war, a prophet's warning, a president's prayer, scriptures with cryptic meaning hiding in plain sight-pieces, clues, words and symbols that actually fit perfectly together. Upon finishing this book, you will ask, How did I not see all this before?
10

The Covenant, Lincoln, and the War