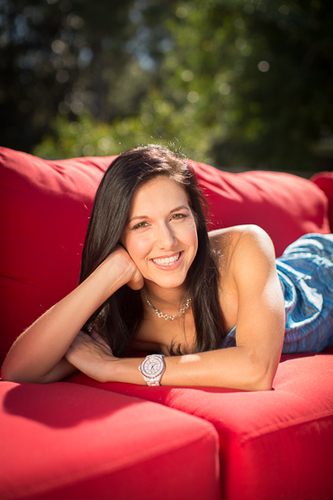 Alessandra Torre (AR Torre) is an award-winning New York Times bestselling author of twenty-two romance and suspense novels. In addition to writing, she is the creator of Alessandra Torre Ink - an online community of over 10,000 published and aspiring authors.

Summer Jenkins. That’s me, a small town girl stuck in Quincy, Georgia. I cook some mean chicken and dumplins, can bluff a grown man out of his savings in poker, and was voted Most Friendly my senior year.

We were from different worlds. Our lives shouldn’t have collided. But then Cole Masten read a book about my small town. And six months later, his jet landed on our dusty airstrip, and he brought Hollywood with him.

From the start, I knew he was trouble. For our town. And for me.

Black Lies
Brant:
Became a tech billionaire by his twentieth birthday. Has been in a relationship with me for 3 years. Has proposed 4 times. Been rejected 4 times.

Lee:
Cuts grass when he's not banging housewives. Good with his hands, his mouth, and his body. Has been pursued relentlessly by me for almost 2 years, whether he knows it or not.

Go ahead. Judge me. You have no idea what my love entails.

If you think you've heard this story before, trust me - you haven't.

**This is a STANDALONE full-length novel. It is not part of a series, and does not contain a cliffhanger.**

The summer that Chase Stern entered my life, I was seventeen. The daughter of a legend, the Yankees were my family, their stadium my home, their dugout my workplace. My focus was on the game. Chase... he started out as a distraction. A distraction with sex appeal poured into every inch of his six foot frame. A distraction who played like a god and partied like a devil.

I tried to stay away. I couldn’t.

Then, the team started losing.
Women started dying.
And everything in my world broke apart.

Tight
I was happy in my small town. In my life as a single, thirty-two year old woman. I had a good job, wonderful friends, my independence.

I also hadn't got laid in three years. Hadn't been on a date in two. Had stopped counting calories and wearing makeup... a while ago.

Then Brett Jacobs waltzed in. Caressed my thigh, dug rough fingers into my hair, lowered his soft mouth to my skin, took sexual control of my mind and stirred it all around with what he packed in his pants. He flipped my quiet life upside down and crawled into a place in my heart I thought was dead.

The Ghostwriter
Four years ago, I lied. I stood in front of the police, my friends and family, and made up a story, my best one yet. And all of them believed me.

I wasn't surprised. Telling stories is what made me famous. Fifteen bestsellers. Millions of fans. Fame and fortune.

Now, I have one last story to write. It'll be my best one yet, with a jaw-dropping twist that will leave them stunned and gasping for breath.

They say that sticks and stones will break your bones, but this story? It will be the one that kills me.


This book is not a romance. It is contemporary fiction, but very suspenseful in nature. It is about a famous romance author and a dark secret she keeps.
06

Masked Innocence (Innocence, #2)
The man was sinful. It wasn't just the looks that made him dangerous, it was the cocky confidence that dominated every move, every touch. And the frustrating yet ecstatic fact about the whole package was that he could back it all up...
Julia Campbell never knows what to expect with win-at-all-costs Brad De Luca. And she's starting to like it that way. She gave up safe, conventional relationships when she let the elite divorce attorney seduce her into his world. Now that he's determined to strip her naked of every inhibition, she's in danger of falling too deep and too fast.
But their affair begins to feel even more dangerous when a murder leaves a trail of suspicion that points straight to the mob...and Brad. Trusting a man with a bad reputation and a past full of secrets seems like a mistake. But when she's forced to make a choice, the consequences will take her further than she could ever have imagined.
07

Love, Chloe
You know girls like me. You hate girls like me. The privileged blonde who skips her Ivy League classes when she's had too many Soho martinis. The one draped on the asshole's arm because he drives a Bugati and screws like a champ.

Then, my door was broken in. Literally.

And in that moment? Everything changed.
08

"I'm not sure what you have been told about me, but I'm not nearly as bad as they make me out to be." His deliciously deep voice carried a little bit of ego.

I'm sure you are exactly as bad as they make you out to be….

Brad De Luca is used to getting whatever and whomever he wants. The premier divorce attorney in town, he's a playboy who's bedded half the city—including his own clients. And when the newest intern at his firm poses a challenge, his seductive prowess goes into overdrive.

Pre-law student Julia Campbell is fresh off a failed engagement and happy with her new independence. Even if she weren't warned away from Brad at every turn, she'd know he was bad news. The last thing she needs is a man who could destroy her job prospects, not to mention her innocence. But before she knows it, the incorrigible charmer has her under his spell. His deviant tastes plunge her deep into a forbidden world of sexual exploration…but her heart may not survive the fall.
09

The first rule of business is to never touch your employees. I think there is another rule about not falling for your best friend—a rule against imagining the curves of her body, or the way her breathing would change if I pulled down her panties and unzipped my pants.

Now, I can’t wait any longer. I’m tossing out the rules.

Damn the company.
Damn our friendship.
Damn my fears.
10

End of the Innocence (Innocence, #3)
He thought I owned him. He thought he loved me, that I was enough. But this animal, this sex god who could drive me crazy and steal my heart in the same breath, he would never fully be mine. It was impossible. No one ever owned a God…

One year. I have one year to find out more about this man I am marrying. More about his family. More about our sex, and all of the dirty, delicious places it will take me.

I thought I’d spend this year making a decision. I never thought the decision would be taken from me, snatched right from my naive little hands.

THIS BOOK RELEASES ON MARCH 25TH, 2014. It will be available on Amazon, B&N, Kobo, and Smashwords. It will be the final book in the Innocence trilogy. If you would like to receive an email on release day to remind you, please sign up here –> http://tinyurl.com/m2ccpob

There will be no preorder ability for this book.