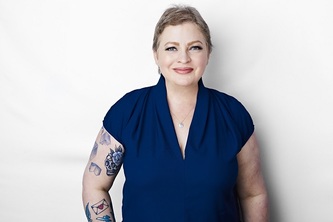 Lick (Stage Dive, #1)
Waking up in Vegas was never meant to be like this.

Evelyn Thomas’s plans for celebrating her twenty-first birthday in Las Vegas were big. Huge. But she sure as hell never meant to wake up on the bathroom floor with a hangover to rival the black plague, a very attractive half-naked tattooed man, and a diamond on her finger large enough to scare King Kong. Now if she could just remember how it all happened.

One thing is for certain, being married to rock and roll’s favourite son is sure to be a wild ride.
02

As the lead singer of Stage Dive, Jimmy is used to getting whatever he wants, whenever he wants it, whether it's booze, drugs, or women. However, when a PR disaster serves as a wake-up call about his life and lands him in rehab, he finds himself with Lena, a new assistant to keep him out of trouble.

Lena's not willing to take any crap from the sexy rocker and is determined to keep their relationship completely professional, despite their sizzling chemistry. But when Jimmy pushes her too far and Lena leaves, he realizes that he may just have lost the best thing that ever happened to him.
03

Mal Ericson, drummer for the world famous rock band Stage Dive, needs to clean up his image fast—at least for a little while. Having a good girl on his arm should do the job just fine. Mal doesn't plan on this temporary fix becoming permanent, but he didn't count on finding the one right girl.

Anne Rollins never thought she'd ever meet the rock god who plastered her teenage bedroom walls—especially not under these circumstances. Anne has money problems. Big ones. But being paid to play the pretend girlfriend to a wild life-of-the-party drummer couldn't end well. No matter how hot he is. Or could it?
04

Positive. With two little lines on a pregnancy test, everything in Lizzy Rollins' ordinary life is about to change forever. And all because of one big mistake in Vegas with Ben Nicholson, the irresistibly sexy bass player for Stage Dive. So what if Ben's the only man she's ever met who can make her feel completely safe, cherished, and out of control with desire at the same time? Lizzy knows the gorgeous rock star isn't looking for anything more permanent than a good time, no matter how much she wishes differently.

Ben knows Lizzy is off limits. Completely and utterly. She's his best friend's little sister now, and no matter how hot the chemistry is between them, no matter how sweet and sexy she is, he's not going to go there. But when Ben is forced to keep the one girl he's always had a weakness for out of trouble in Sin City, he quickly learns that what happens in Vegas, doesn't always stay there. Now he and Lizzie are connected in the deepest way possible... but will it lead to a connection of the heart?
05

The last thing Vaughan Hewson expects to find when he returns to his childhood home is a broken hearted bride in his shower, let alone the drama and chaos that come with her.

Lydia Green doesn't know whether to scream or cry in a corner. Discovering the love of your life is having an affair on your wedding day is bad enough. Finding out it's with his best man is another thing all together.

Just when this runaway bride has nowhere left to turn, a handsome stranger offers her a broad, muscular shoulder to cry on. Vaughan is the exact opposite of the picture perfect, respected businessmen she's normally drawn to. This former musician-turned-bartender is rough around the edges and is facing his own crossroads. But Lydia's already tried Mr. Right and discovered he's all wrong--maybe it's time to give Mr. Right Now a chance.

After all, what's wrong with getting dirty?

Dirty is the first book in the Dive Bar series from bestselling author Kylie Scott.

Twist (Dive Bar, #2)
When his younger brother loses interest in online dating, hot, bearded, bartender extraordinaire, Joe Collins, only intends to log into his account and shut it down. Until he reads about her.

Alex Parks is funny, friendly, and pretty much everything he's been looking for in a woman. And in no time at all they're emailing up a storm, telling each other their deepest darkest secrets... apart from the one that really matters.

And when it comes to love, serving it straight up works better than with a twist.
07

After being held hostage during a robbery at the local convenience store, seventeen-year-old Edie finds her attitude about life shattered. Unwilling to put up with the snobbery and bullying at her private school, she enrolls at the local public high school, crossing paths with John. The boy who risked his life to save hers.

While Edie’s beginning to run wild, however, John’s just starting to settle down. After years of partying and dealing drugs with his older brother, he’s going straight—getting to class on time, and thinking about the future.

An unlikely bond grows between the two as John keeps Edie out of trouble and helps her broaden her horizons. But when he helps her out with another first—losing her virginity—their friendship gets complicated.

Meanwhile, Edie and John are pulled back into the dangerous world they narrowly escaped. They were lucky to survive the first time, but this time they have more to lose—each other.
08

When a vicious attack leaves 25-year-old Clementine Johns with no memory, she's forced to start over. Now she has to figure out who she was and why she made the choices she did - which includes leaving the supposed love of her life, tattoo artist Ed Larsen, only a month before.

Ed can hardly believe it when his ex shows up at his tattoo parlor with no memory of their past, asking about the breakup that nearly destroyed him. The last thing he needs is more heartache, but he can't seem to let her go again.

Should they walk away for good, or does their love deserve a repeat performance?

Flesh (Flesh, #1)
Ali has been hiding in an attic since civilisation collapsed eight weeks ago.

When the plague hit, her neighbours turned into mindless, hungry, homicidal maniacs.

Daniel has been a loner his entire life. Then the world empties and he realises that being alone isn’t all it’s cracked up to be.

Finn is a former cop who is desperate for companionship, and willing to do anything it takes to protect the survivors around him.

When the three cross paths they band together; sparks fly, romance blooms in the wasteland and Ali, Daniel and Finn bend to their very human needs in the ruins of civilisation.

Lust, love and trust all come under fire in Flesh as the three band together to survive, hunted through the suburban wastelands.

Chaser (Dive Bar, #3)
Given his well-earned bad boy reputation, Eric is having a tough time scoring.. When single Jean moves to town, she seems heaven sent by the sex gods. Only problem is, she not only wants nothing to do with him, but it turns out that she's pregnant.

Starting over in a small town, Jean is determined to turn her wild lifestyle around and be the kind of mother she always wished she'd had. Since local bar owner and all round hottie, Eric Collins, is now determined to steer clear of her pregnant self, it should be easy. When she goes into labour during a snow storm and her car slides on some ice, it's Eric who comes to the rescue.

There seems to be a bond between them now, but is it enough? And can Eric give up his manwhore ways to be the man Jean needs?