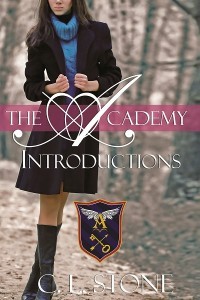 Friends vs. Family (The Ghost Bird, #3)
Sang Sorenson is forced to suffer through another of her mother’s extreme punishments. It almost kills her. The Academy boys vow it will be the last. They're determined to keep Sang safe, especially from her own family.

Their solution: complete invasion of her life.

Kota, Luke, Silas, Nathan, Victor, Gabriel and North do everything within their power to show Sang what true loyalty means. It takes more than blood to make a family and they want Sang in theirs.

In this third book of The Academy series Sang experiences a taste of freedom and what it’s like to truly be cared for...to be wanted. Sang learns a bit more about the boys’ broken families and the boys discover more than they could ever have bargained for about Sang’s. The Academy was the answer to their problems. Could it be hers?

Sang’s actions will force her mother to reveal a startling truth. A truth that will change Sang’s life and the boys’ lives in unpredictable ways. Forever.

Introductions (The Ghost Bird, #1)
With an agoraphobic mother and a barely-there father, Sang abhors the isolation keeping her in the shadows. The only thing Sang craves is a fresh start and to be accepted as ordinary by her peers, because for her being different meant being cast out alone.

When her family moves to a new school district, Sang infiltrates a group of boys nearly perfect in every way. Grateful for an influence outside of her parents’ negativity, she quickly bonds with the boys, hoping to blend in and learn from them what it means to have a natural relationship with friends.

Only the boys have secrets of their own and they’ll do anything to keep her safe from the knowledge of the mysterious Academy that they've sworn allegiance to. Bit by bit, Sang discovers that her friends are far from the normalcy she expected. Will her loyalty change when she's forced to remain in the dark, or will she accept that she's traded one house of secrets for another?

Meet Kota, Victor, Silas, Nathan, Gabriel, Luke and North in a story about differences and loyalty, truth and mystery, friendships and heart-throbbing intimacy.

The Academy, ever vigilant.
03

First Days (The Ghost Bird, #2)
Sang Sorenson used to be the invisible girl in class. As a new student to Ashley Waters High School, Sang hopes that her new friends will be the change she’s been craving and will make fitting in a breeze.

But Academy students aren’t there to take it easy. The high school is overcrowded and rife with violence. When fights begin, Sang will uncover the true reason the boys traded in their private school life for a public one.

The principal and vice principal are hot to take Sang down, and her own mother is determined to entrap Sang forever in her belief that the safest place to be is in the shadows. Despite this, Nathan, Luke, Kota, North, Silas, Victor, and Gabriel will discover Sang’s unyielding loyalty.

And they will sorely need it.

If you enjoyed Pretty Little Liars by Sara Shepard or the Gallagher Girls series by Ally Carter, you may enjoy this series.
04

Forgiveness and Permission (The Ghost Bird, #4)
Sang Sorenson’s abusive mother is secure in a hospital, and her father has vanished to a new family of his own, leaving Sang and her sister to fend for themselves. Sang is hanging by a thread, and her only hope is a group of boys she feels she barely knows.

She’s never really alone. The Academy team has stepped in, promising to protect and care for Sang. Kota, Victor, Silas, Nathan, Gabriel, Luke and North take over, showing Sang they can be depended on for anything. But just because the parents are away, doesn’t mean Sang’s life has become any easier.

The newfound freedom will have a higher price than any of them had imagined.

Drop of Doubt (The Ghost Bird, #5)
Sang Sorenson and the Academy boys return to Ashley Waters High School but before they get a chance to even settle in, Sang’s life is threatened by an anonymous caller.

They retreat to the protective walls of the Morgan estate, a safe house for when the boys are under fire. But when new threats can break through those barriers that once kept them secure, it leaves Kota, Victor, Silas, Nathan, Gabriel, Luke and North rushing to figure out who is hunting them.

But when you’re fighting a ghost who seems to know all your secrets, retreating is no longer an option.

Push and Shove (The Ghost Bird, #6)
Sang Sorenson struggles with her growing feelings when the Academy boys take her in and draw her closer into their world. They work together to uncover the true secrets happening at Ashley Waters High School, where Principal Hendricks will stop at nothing to take them all down.

Adding to their complications, Nathan’s father shows up, and he’s just as ruthless and violent as ever, beating up on Nathan. Sang offers Nathan refuge in her home, but Marie is fed up with the boys. She wants them out--all of them—and wants them to take Sang with them. Where will Sang go? What will happen to Nathan? And what about Mr. Hendrick’s spies, watching all of them?

Kota, Victor, Silas, Nathan, Gabriel, Luke and North will have to focus to get out of this mess, but with Sang assisting them, they’re struggling to keep control. They all promised not to make a move on Sang unless she initiates, but the tension is driving them all to distraction. With the help of Dr. Green and Mr. Blackbourne, they will have to stay strong and engaged. But A first kiss is imminent, and will cost them all more than they could ever have imagined.
07

Thief (The Scarab Beetle, #1)
Kayli Winchester is a dirt-poor girl living out of a hotel, forced to be the parent for a drunken father and teenage brother who she’s desperate to keep in school. The only way she scrapes by is to utilize her one skill: pickpocketing. But even though she’s a thief she has a moral code: no kids or old ladies, only targets who can defend themselves. Not that they see her coming…

Thinking she’s been working under the radar, Kayli has no idea The Academy has been watching and taking notice. Now a team that needs her skill has offered her a way out of her predicament and it’s her last chance: work with them, or face jail time. Kayli resists at first, but slowly the boys reveal they can be trusted. With Marc, the straight man, Raven, the bad-boy Russian, Corey and Brandon the twins as different as night and day, and Axel their stoic leader, there’s a lot Kayli can learn from these Academy guys about living on the edge of the law. If only she can stay on the good side instead of the bad.

Especially when the job they offer her is more than any of them bargained for. After it’s done, the hunters have become the hunted and their target is now after Kayli. The Academy boys do their best to keep her hidden, but a thief like Kayli will never sit still for long.

Meet an all-new Academy team in Thief, the beginning of the Scarab Beetle series.

Warning: This is a new adult series. Readers of the other Academy series may need some caution as this series will contain mature sexual and violent situations and themes.
08

House of Korba (The Ghost Bird, #7)
It's homecoming week at Ashley Waters, but Sang Sorenson has a lot more on her mind than dresses and crowns. Silas's troubled past—full of secrets he and his team thought they'd buried—comes back to haunt him, threatening to ruin everything.

Silas tries to deal, but guilt weighs heavily on him and Sang realizes she might be the only one who can help him keep it together.

Bomb threats have increased. They are followed at every turn. The principal is resorting to drastic measures to make sure they're all going to be kicked out. Pushed to their limits, Kota, Victor, Silas, Nathan, Gabriel, Luke and North, along with other members of the Academy, have finally had enough. This time, more Academy members are brought in to help hunt down the culprit, and keep everyone safe. It'll cost the boys, but in the end, even a bittersweet victory is better than disaster.

This time, they're getting what they need. All it takes is learning the line of when to let go, and when to never give up

The Other Side of Envy (The Ghost Bird, #8)
Sang Sorenson dreams of what life might be like for her in the Academy, but joining isn't as easy as simply writing an exam or passing an interview. She'll need to pull the team together to get them on her side in order for it to work, which is harder than it sounds. The boys will do anything to protect her, which, for some, means keeping her out.

But that’s not all that’s going on in Sang’s complicated life. After a shocking revelation, Gabriel Coleman splinters himself off from everyone, avoiding not just his Academy team, but even going so far as to avoid Sang. Desperate to bring him back and get him on her side, Sang digs deep into his past to try to discover a way to reach out to him.

His truth is riddled with tragic events, but with the help of Kota, Victor, Silas, Nathan, Luke and North, she might be able to reach out to him before envy and despair drag him too far down to be saved.

Touch of Mischief (The Ghost Bird, #7.5)
A Halloween Short Story

With Homecoming and everything else that’s been going on in their world, everyone is on edge. But what better time to take in a few Halloween traditions like watching scary movies and carving pumpkins? Maybe kissing can be a new Halloween tradition now that Sang has joined the crew…


Follow Sang and Kota, Victor, Silas, Nathan, Gabriel, Luke and North in this short slice of life story leading up to the homecoming dance.

Warning – if you haven’t yet read House of Korba, this story will give away mild spoilers – read at your own peril!