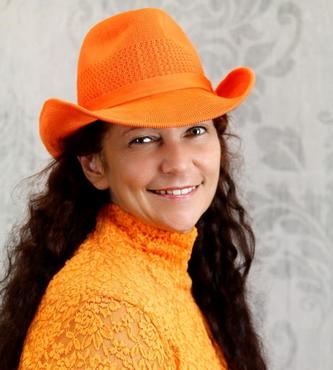 Lexi Post is a New York Times and USA Today best-selling author of romance inspired by the classics. She spent years in higher education taking and teaching courses about the classical literature she loved. From Edgar Allan Poe's short story “The Masque of the Red Death” to Tolstoy’s War and Peace, she's read, studied, and taught wonderful classics.

But Lexi's first love is romance novels. In an effort to marry her two first loves, she started writing romance inspired by the classics and found she loved it. From hot paranormals to sizzling cowboys to hunks from out of this world, Lexi provides a sensuous experience with a “whole lotta story.”

Lexi is living her own happily ever after with her husband and her cat in Florida. She makes her own ice cream every weekend, loves bright colors, and you will never see her without a hat.

To sign up for Lexi's updates go to http://bit.ly/LexiUpdate

Nassic Wild and Wareson Night hail from the planet Eden, where women are scarce, and their mission is simple—meet the woman they’ve been waiting for for the last eleven years, bond with her and take her home. At first all goes according to plan as they pleasure her with their bodies and their special abilities. But when their best intentions lead to the worst results they lose her, along with their hearts.

Now they must find a way to woo her back or return to Eden with no hope for the future.

On Highland Time
For fans of sexy Scottish Highlanders who know how to treat a woman like a lady.

When someone changes history, affecting the future, Diana Montgomery, the most experienced agent of Time Weavers, Inc., travels back to 1306 Scotland to change it back. Her mission, to find the culprit and ensure a minor clan chief dies in battle as he originally had.

Diana is well-prepared to infiltrate the small MacPherson clan. What she’s not prepared for is Torr MacPherson, the ruggedly handsome warrior with a kind heart and a steadfast loyalty—the Laird she’s supposed to ensure dies.
04

Cowboys Never Fold (Poker Flat, #1)
Former professional poker player, Kendra “Night Owl” Lowe, is determined to make her new Poker Flat Nudist Resort successful, even if it means relying on her own two hands and a few misfit employees. All bets are off, however, when Wade Johnson arrives, her fourth stable manager in less than four months, and her attention wanders to his broad shoulders, six-pack abs, and polite ways. But she’s his boss and giving in to temptation could mean jeopardizing her operation. Something she refuses to do.

Wade Johnson only agreed to work at Poker Flat because he owed his best friend a favor. Now he has to discover why the last three stable mangers quit and fulfill the requirements of his position, while trying to keep his hands off the smart, sexy, unreadable owner. But even as his body and heart become more involved, new “unfortunate events” occur to threaten the resort.

As Wade draws closer to learning the truth, his own truth is revealed. Kendra will do everything she can to make her resort a success, which could include letting him go. To win her heart and save her dream, he will have to go all-in and that could mean baring more than his soul.
05

Logan's Luck (Last Chance #4)
Logan Williams has plenty of luck. The problem is, it’s all bad.

Logan Williams is not happy his cousin retained the services of Dr. Jenna for the Last Chance Ranch. She may be the local vet, but he’d hoped never to see her again. It had taken too long to forget her the first time.

Jenna Atkins is not afraid of Logan’s bark because any man who looks at his baby daughter the way he does, must have a good heart buried somewhere in there. That doesn’t mean she plans to get any closer than they already were.

But when baby Charlotte’s mother arrives and sets her sights on Logan, Jenna discovers a territorial side of herself she didn’t know she had. The question is, should she walk away and let Logan’s luck run its course or should she interfere? Knowing Logan, either way, she’s bound to get hurt.
06

Trace's Trouble (Last Chance #2)
Cowboy Trace Williams thought he had trouble when his wife served him with divorce papers, forcing him to move to his cousin’s horse rescue ranch. But that was nothing compared to handling the female squatter he’s supposed to evict from Last Chance Ranch. Though she’s a crack shot and has no use for politeness or subtlety, her ability to communicate with animals has him seeking her out on behalf of the ranch…and himself.

Whisper Adams lives off the grid. She cares for her invalid uncle and watches over the wildlife that finds her. The animals are more trustworthy than the people she’s encountered. So when a hard-bodied, easy going cowboy arrives at her trailer and causes her heart to race, she’s anxious for him to leave, until he asks for her help at the ranch.

Fletcher's Flame (Dallas Fire & Rescue; Last Chance #3)
A cowboy firefighter must convince an animal rescuer that she’s worth saving before an arsonist tracks her down and they both go up in flames.

Dana Wilson has one mission in life – to save animals. Thanks to her life’s calling, she’s developed a distrust of men in authority. So when Bo Fletcher, a cowboy firefighter, decides to appoint himself her bodyguard, her hackles rise.

Bo’s physical attraction to Dana Wilson has him digging deeper into her personality, a need to understand her burning in his gut. Unfortunately, that’s not the only thing burning. An arsonist appears to be nipping at Dana’s heels and Bo is determined to protect her.

As sparks fly between them, the fires come closer and closer to claiming Dana. Bo must make her see her own worth before they both go up in flames…literally.
08

Pleasures of Christmas Past (A Christmas Carol, #1)
09

Cowboy's Break (Hell Yeah!; Poker Flat, #4)
Cowboy and former detective Vance Gallagher never thought he’d have a second chance to convince Rachel Henderson they were meant to be together, nor did he think he’d want to. Now, after seven years, thanks to his old police academy friend, Vance is knee deep in numbers and computers, determined to save Rachel’s ranch and his own heart.

Rachel hadn’t expected to see Vance again…ever. In fact, she planned on it. Saying goodbye to him had been the hardest thing she’d ever done, but she couldn’t handle her sister, the ranch, and his job as an undercover detective all at the same time. Now she’s with him every day and buried feelings just won’t go away.

The closer Vance gets to solving the mystery of the missing money, the more convinced he becomes that Rachel is the one for him. But when prize animals start disappearing, he has to choose between revealing the culprit and keeping the woman he’s always loved from harm. He just can’t catch a break.
10

Dillon's Dare (Last Chance #5)
Does he dare to love her?
After his mother goes too far in her attempts to marry him off to a woman of social standing, Dillon Hatcher follows in his brother’s footsteps and escapes to his grandparents’ house. Though he misses breeding the American Quarter horses at home, he’s happy to help the horse rescues at Last Chance Ranch. What he’s not happy about is Hailey Pennington literally dropping in. Do his mother’s schemes know no bounds?

Hailey, “the Hellion” as her brothers fondly call her, has been crushing on Dillon for over a year, so when she discovers he’s moved to Last Chance, she takes the opportunity to meet up with him without his mother’s interference. It doesn’t take long to understand the man is open to a relationship…as long as it isn’t with one of his mother’s favorites. Just her luck, that’s exactly what she is.

Determined not to fall for Hailey, Dillon finds himself becoming far too interested in her. But before he can decide which is more important, denying his mother or pursuing his own happiness, fate steps in, leaving him no choice at all.