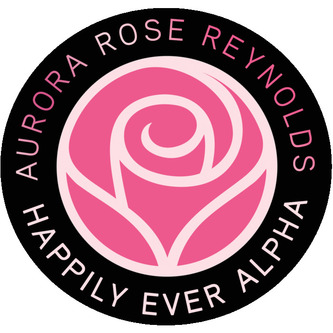 
Aurora Rose Reynolds is a New York Times, USA Today and Wall Street Journal bestselling author whose wildly popular series include Until, Until Him, Until Her, Underground Kings and Shooting Stars.

Her writing career started in an attempt to get the outrageously alpha men who resided in her head to leave her alone and has blossomed into an opportunity to share her stories with readers all over the world.

Until November (Until, #1)
November is looking forward to getting to know her father and the safety of a small town. After leaving the Big Apple and her bad memories for Tennessee, November starts working for her dad at his strip club doing the books. The one time she’s allowed there during club hours she runs into Asher Mayson. He’s perfect until he opens his mouth and makes assumptions. November wants nothing to do with Asher but too bad for November, fate has other plans.

Asher Mayson has never had a problem getting a woman, that is until November. Now all he can think about is making November his and keeping her safe.

Until Trevor (Until, #2)
Trevor Mayson had his life planned out - make the family business successful and play the field for a few more years before eventually settling down. Then he sees her. Liz Hayes was beautiful, shy and everything that he could ever want...but she didn't fit into his plans. After Trevor painfully rejects her, Liz finally starts to move on, but Trevor is finding it difficult to truly let her go. It seems the more he tries to stay away, the more intense his feelings for her become. Like a stretched rubber band, he can only take so much before snapping.

Liz Hayes is done waiting for Trevor and isn't interested in getting her heart broken by him again, but Trevor is making it difficult for her to forget him when he shoves his way back into her life.

Can Trevor prove to her that he is worth falling in love with again, and is he ready to change his life plan to let her into his heart?
03

Until Lilly (Until, #3)
When Cash Mayson was forced to choose between the love of his life and his unborn child, he knew exactly what he had to do. No matter how broken it left him.
When Lilly Donovan was forced to accept that the guy she loved wasn't who she thought he was and became a single mother, she knew exactly what she had to do. Proving just how strong she was.

What happens when years later you find out that everything you thought you knew was a lie?

Can two people who once loved each other overcome the obstacles that are thrown at them and fall in love all over again?

Cash Mayson had forgotten how it felt to be loved until Lilly came back into his life. And now that he remembers, he will do everything within his power to keep not only the woman that he loves but also his children.

The power of love is a beautiful thing.
04

Until Nico (Until, #4)
Sophie Grates has never had it easy, but she's finding her way through life one step and one day at a time. That is, Until Nico comes in and flips her world upside down. He forces her to see that she cannot live life from the outside looking in and that sometimes you have to step out onto the ledge so you can really enjoy the view.

Nico Mayson knew the moment he saw Sophie Grates that she was the one. His whole life, he has been judged by what's on the outside, so finding a beautiful woman who sees the real him only makes his feelings that much stronger. Nico knows the kind of man he is and the things he is capable of, but he also knows that everything in life worth having is worth fighting for.
05

Until July (Until Her/Him, #1)
Wes Silver wasn't looking for love, but when July Mayson literally knocks him on his ass during their first encounter, his world is turned upside down by the quirky blonde, and every moment with her makes him more determined to protect her.

July Mayson doesn't understand the pull she feels toward the bad boy biker Wes Silver, but she knows being with him is like nothing she's ever felt before. Now all she has to do is tell her overprotective father, Asher Mayson, that she's found her boom.
06

Assumption (Underground Kings, #1)
as·sump·tion: a thing that is accepted as true or as certain to happen, without proof They say when you assume that you make an ass out of you and me. Kenton Mayson learned this lesson firsthand when he made assumptions about Autumn Freeman and the kind of woman she is based on what little information he had. What he finds out is she’s not only beautiful, but also smart, funny, a fighter, and exactly the kind of woman he wants to share his life with. Autumn made assumptions of her own about Kenton, and now he needs to prove her wrong in order to protect her and their future.
07

Until Jax (Until Her/Him, #2)
Ellie Anthony isn't looking for love. She isn't even looking for a man, but when Jax Mayson insists on keeping her and her daughter safe, she's left with no choice but to trust him. Now she just hopes she doesn't get hurt when she falls hard for a guy who's known for breaking hearts.

Jax Mayson knows that Ellie is his BOOM the moment he sees her. When he finds out she has a daughter, he realizes he wants a family, and he will do whatever is necessary to keep both of his girls safe, even if that means facing the demons from his past.
08

Until June (Until Her/Him, #3)
June Mayson and Evan Barrister’s whirlwind courtship resulted in a secret marriage right before he left for boot camp. Evan knows deep in his gut that June is too good for him, but after getting a taste of the beautiful life they can have together, he’s unwilling to let her go. June promises to wait for him, knowing neither time or distance will ever change her feelings for Evan—that is until she’s served with divorce papers while he’s overseas and she’s forced to let him go.

Her marriage and divorce a well-kept secret, the last person June expects to run into when she moves back to her hometown is Evan. Angry over the past, she does everything within her power to ignore the pull she feels whenever he is near. But how can she ignore the pain she sees every time their eyes meet? How can she fight the need to soothe him even if she knows she’s liable to get hurt once again?

Is it possible for June and Evan to find their way back to each other again? Or will they be stopped by an outside force before they ever have a shot?
09

Running into Love (Fluke My Life, #1)
Fawn Reed has kissed one too many toads and has finally decided that Prince Charming doesn’t exist. After countless mishaps, mistakes, and unmitigated disasters on the dating scene, she’s decided to give up and move on with her life…solo.

Everything changes, however, after Fawn runs into Levi Fremont, a homicide detective new to New York City.

Dedication to the job has rendered Levi’s love life nonexistent—until he moves in next door to the free-spirited Fawn. After a series of comedic run-ins push them together, will they finally give in to the inevitable and realize—maybe—they are perfect for each other?
10

Obligation (Underground Kings, #2)
[ob-li-gey-shuh n]
An obligation is a course of action that someone is required to take, whether legal or moral.

At six years old, Myla was sent to a family her father and mother had chosen for her when they knew their time on earth was almost up. What they were unaware of was what they thought would be her safe haven would become her living hell.

Kai has been watching Myla from afar since he took over the family business from his father and inherited the responsibility of keeping her safe. When word gets back to Kai that Myla is not only in danger, but that his assets are being compromised, he immediately jumps into action and does the only thing that can be done at the time by marrying her.

Neither Myla nor Kai would have thought that something that started off as a farce would become the most important thing either of them could've ever done.