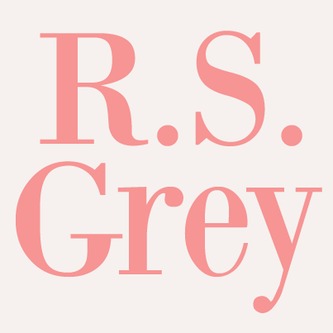 R.S. Grey is the USA Today bestselling author of fourteen novels, including THE FORTUNATE ONES. She loves books, chocolate, reality TV, and cold weather. She lives in Texas with her husband, daughter, and two dogs. Visit her at rsgrey.com.

R.S. Grey is the author of books: Scoring Wilder, Anything You Can Do, Arrogant Devil, The Allure of Dean Harper (The Allure, #2), The Allure of Julian Lefray (The Allure, #1), The Foxe & the Hound, Hotshot Doc, The Duet, Settling the Score (The Summer Games, #1), With This Heart

Scoring Wilder
What started out as a joke— seduce Coach Wilder—soon became a goal she had to score.

With Olympic tryouts on the horizon, the last thing nineteen-year-old Kinsley Bryant needs to add to her plate is Liam Wilder. He's a professional soccer player, America's favorite bad-boy, and has all the qualities of a skilled panty-dropper.

Not to mention Liam is strictly off limits . Forbidden. Her coaches have made that perfectly clear. (i.e. “Score with Coach Wilder anywhere other than the field and you’ll be cut from the team faster than you can count his tattoos.”) But that just makes him all the more enticing…Besides, Kinsley's already counted the visible ones, and she is not one to leave a project unfinished.

Kinsley tries to play the game her way as they navigate through forbidden territory, but Liam is determined to teach her a whole new definition for the term “team bonding.”

Anything You Can Do
Lucas Thatcher has always been my enemy.

It’s been a decade since I’ve seen him, but our years on opposite coasts were less of a lasting peace and more of a temporary cease-fire. Now that we’re both back in our small town, I know Lucas expects the same old war, but I’ve changed since high school—and from the looks of it, so has he.

The arrogant boy who was my teenage rival is now a chiseled doctor armed with intimidating good looks. He is Lucas Thatcher 2.0, the new and improved version I’ll be competing with in the workplace instead of the schoolyard.

I’m not worried; I’m a doctor now too, board-certified and sexy in a white coat. It almost feels like winning will be too easy—until Lucas unveils a tactic neither of us has ever used before: sexual warfare.

The day he pushes me up against the wall and presses his lips to mine, I can’t help but wonder if he’s filling me with passion or poison. Every fleeting touch is perfect torture. With every stolen kiss, my walls crumble a little more. After all this time, Lucas knows exactly how to strip me of my defenses, but I’m in no hurry to surrender.

Knowing thy enemy has never felt so good.
03

Arrogant Devil
Everyone in Cedar Creek, Texas, knows Jack McNight is an arrogant devil. Physically, I get it: he’s tan and fit, with coal-black hair that’s clearly been scorched by hellfire. Oh, and his personality? It burns just as hot.

When I show up on the doorstep of Blue Stone Ranch, I’m run-down and rockin’ my last pair of underwear. I’m hoping for a savior, but instead, I find him.

My opinion of Jack is marred by a dismal first impression, but his opinion of me is tainted even before I arrive. He’s heard I’m a spoiled princess there to take advantage of his goodwill. To him, I’m more trouble than I’m worth.

Our button-pushing banter should get under my skin. His arrogance should be a major turn-off. Problem is, devils are known to offer their own form of temptation.

Every one of his steely glares sends a shiver down my spine.

Every steamy encounter leaves me reeling.

Sure, it could be the Texas heat messing with my head, but there’s no way I’ll survive the summer without silencing him with a kiss and wrestling him out of those Wranglers.

Who knows…going to bed with the devil might just be the salvation I’ve been looking for all along.
04

The Allure of Dean Harper (The Allure, #2)
From: LilyNBlack@Gmail.com
To: JosephineKeller@VogueMagazine.com
Subject: You're a flippin' idiot

Good morning my dear, naive friend, I hope you're enjoying a breakfast of regret and sorrow

Because you sent me to work for Dean Harper, aka a control freak in a tailor-made suit. Sure he owns the trendiest restaurants in NYC, but c'mon Jo, his ego makes Kanye West look like the Dalai Lama.

He's the type of guy that only hears the word "no" when it's followed by "don't stop."

Working for Dean Harper would be like selling my soul to the devil... and before you say anything, I don't care if the devil has punch-you-in-the-gut brown eyes and an ass to match. My soul isn't for sale.

The Allure of Julian Lefray (The Allure, #1)
From: JosephineKeller@LLDesigns.com
To: LilyNBlack@gmail.com
Subject: Justin Timberlake Nudes!

Lily, you predictable perv. I knew you’d open this email faster if I tempted you with a glimpse of JT's “PP”. Well, put your pants back on and grab some bubbly because I have much better news to share.

As of tomorrow, I’ll be the new executive assistant at Lorena Lefray Designs. I am SO excited, but there’s one itty bitty problem: I won’t be Lorena’s assistant. I’ll be working for her older brother, Julian.

I know what you're thinking- "But Jo, what’s the problem?"

Google him. Now. He’s the man in the fitted navy suit whose face reminds you that there’s hope yet for this cruel, ugly world. Keep scrolling…Do you see those dimples? Yup. That’s the Julian Lefray I will be reporting to tomorrow morning.

The Foxe & the Hound
When your life is a hot mess at twenty, it’s cute. At twenty-seven… well, not so much.

It’s just that my lofty dreams—making it as a real estate agent, paying rent on time, showering daily—have stayed just that: dreams. Oh, and love? I’ve decided love might be a little ambitious for me at the moment. Instead, I’ve settled for the two guys who will never leave me: Ben & Jerry.

That is until Dr. Adam Foxe takes up residence as the town’s new vet.

With his strong jaw, easy confidence, and form-fitting scrubs, it’s not long before every housewife in Hamilton is dragging neglected tomcats in for weekly checkups.

Like everyone else, I’m intrigued. Even after I spoil my chance at a good first impression, he still offers me a proposition I can’t refuse: play his girlfriend at a family function and he’ll hire me as his real estate agent. Welcome to love in the 21st century.

It’s too bad I underestimated Adam’s irresistible charm and the undeniable attraction that burns between us. The day he pins me to the wall and silences me with a kiss, the line between reality and ruse begins to blur. Every teasing touch brings me to my knees. Every kiss promises more.

It looks like my hot mess of a life is about to get a little hotter.
07

Hotshot Doc
Dr. Russell has a bad reputation around our hospital. The scrub techs say he’s cold-blooded, the nurses say he’s too cocky for his own good, and the residents say he’s the best surgeon in the world—really, just a swell guy!—on the off chance he’s within earshot.

I try to avoid him and his temper at all costs. It’s just as easy to admire his sexy, grip-it-while-he’s ravishing-you hair and chiseled jaw from a healthy distance, preferably from the other end of the hallway half-hidden behind a plant.

Unfortunately, my plan crumbles when my trusty ol’ boss decides to swap his white coat for a Hawaiian shirt. His retirement leaves me with two terrible options: switch specialties and spend months retraining, or take an open position as Dr. Russell’s surgical assistant.

That means I have to stand near him in the OR for hours on end and anticipate his every need without letting his biting words and bad attitude intimidate me. Oh, and as if that’s not difficult enough, my silly crush on him—the one I’ve tried to stomp on until it disappears—might just be reciprocated.

I take my job seriously. There will be no smoldering bedroom eyes across the operating table, no angry almost-kisses in the storage closet. (Well, no more of those.)

What’s the phrase? An apple a day keeps the doctor away?
Maybe I should go for a whole damn bushel.
08

The Duet
When 27-year-old pop sensation Brooklyn Heart steps in front of a microphone, her love songs enchant audiences worldwide. But when it comes to her own love life, the only spell she’s under is a dry one.

So when her label slots her for a Grammy performance with the sexy and soulful Jason Monroe, she can’t help but entertain certain fantasies... those in which her G-string gets more play than her guitars'.

Only one problem. Jason is a lyrical lone wolf that isn’t happy about sharing the stage—nor his ranch—with the sassy singer. But while it may seem like a song entitled ‘Jason Monroe Is an Arrogant Ho’ basically writes itself, their label and their millions of fans are expecting recording gold...

As an Olympic rookie, Andie Foster has spent far more time in her cleats than between the sheets. For 21 years, her Friday nights have consisted of blocking shots rather than taking them. But now that she's landed in Rio, she's ready to see for herself if the rumors about the Olympic Village are true:

• The athletes are all sex-crazed maniacs...
• The committee passes out condoms like candy...
• The games continue long after the medals have been handed out...

As Andie walks the line between rumor and reality, she's forced into the path of Frederick Archibald, a decorated Olympic swimmer and owner of a sexy British accent--too bad he's unavailable in a way that "it's complicated" doesn't even begin to explain.

In other words: off limits.

It doesn't matter that he has abs that could bring peace to the Middle East and a smile that makes even the Queen blush; Andie fully intends on keeping her focus on the soccer field. But the Village is small. Suffocating. Everywhere Andie goes, Freddie happens to be there--shirtless, wet from the pool, and determined to show her a whole new meaning of the phrase "international affairs".


Due to strong language and sexual content, this book is not intended for readers under the age of 18.
10

With This Heart
If someone had told me a year ago that I was about to fall in love, go on an epic road trip, ride a Triceratops, sing on a bar, and lose my virginity, I would have assumed they were on drugs.

Well, that is, until I met Beckham.

Beck was mostly to blame for my recklessness. Gorgeous, clever, undeniably charming Beck barreled into my life as if it were his mission to make sure I never took living for granted. He showed me that there were no boundaries, rules were for the spineless, and a kiss was supposed to happen when I least expected.

Beck was the plot twist that took me by surprise. Two months before I met him, death was knocking at my door. I'd all but given up my last scrap of hope when suddenly, I was given a second chance at life. This time around, I wasn't going to let it slip through my fingers.

We set out on a road trip with nothing to lose and no guarantees of tomorrow.

Our road trip was about young, reckless love.

The kind of love that burns bright.

The kind of love that no road-map could bring me back from.

**Recommended for ages 17+ due to language and sexual situations.**