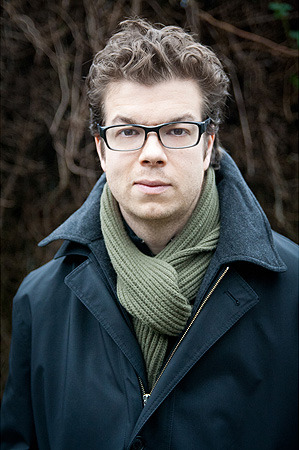 Ben Lerner is an American poet, novelist, and critic. He was awarded the Hayden Carruth prize for his cycle of fifty-two sonnets, The Lichtenberg Figures. In 2004, Library Journal named it one of the year's twelve best books of poetry. The Lichtenberg Figures appeared in a German translation in 2010, for which it received the "Preis der Stadt Münster für internationale Poesie" in 2011, making Lerner the first American to receive this honor.

Born and raised in Topeka, which figures in each of his books of poetry, Lerner is a 1997 graduate of Topeka High School where he was a standout in debate and forensics. At Brown University he earned a B.A. in Political Theory and an MFA in Poetry. He traveled on a Fulbright Scholarship to Madrid, Spain in 2003 where he wrote his second book, Angle of Yaw, which was published in 2006 and was subsequently named a finalist for the National Book Award, and was selected by Brian Foley as one of the "25 important books of poetry of the 00s (2000-2009)". Lerner's third full-length poetry collection, Mean Free Path, was published in 2010.

Lerner's first novel, Leaving the Atocha Station, was published by Coffee House Press in August 2011. It was named one of the best books of the year by The New Yorker, The Guardian, The New Statesman, The Wall Street Journal, The Boston Globe, and New York Magazine, among other periodicals. It won the Believer Book Award and was a finalist for the Los Angeles Times Book Award for "first fiction" and the New York Public Library's Young Lions prize.

In 2008 Lerner began editing poetry for Critical Quarterly, a British academic publication. He has taught at California College of the Arts, the University of Pittsburgh, and in 2010 joined the faculty of the MFA program at Brooklyn College.

Leaving the Atocha Station
Adam Gordon is a brilliant, if highly unreliable, young American poet on a prestigious fellowship in Madrid, struggling to establish his sense of self and his relationship to art. What is actual when our experiences are mediated by language, technology, medication, and the arts? Is poetry an essential art form, or merely a screen for the reader's projections? Instead of following the dictates of his fellowship, Adam’s "research" becomes a meditation on the possibility of the genuine in the arts and beyond: are his relationships with the people he meets in Spain as fraudulent as he fears his poems are? A witness to the 2004 Madrid train bombings and their aftermath, does he participate in historic events or merely watch them pass him by?

In prose that veers between the comic and tragic, the self-contemptuous and the inspired, Leaving the Atocha Station is a portrait of the artist as a young man in an age of Google searches, pharmaceuticals, and spectacle.
02

The Topeka School
Adam Gordon is a senior at Topeka High School, class of 1997. His mother, Jane, is a famous feminist author; his father, Jonathan, is an expert at getting "lost boys" to open up. They both work at the Foundation, a well-known psychiatric clinic that has attracted staff and patients from around the world. Adam is also one of the seniors who brings the loner Darren Eberheart--who is, unbeknownst to Adam, his father's patient--into the social scene, with disastrous effects.

This is the story of a family's struggles and strengths: Jane's reckoning with the legacy of an abusive father, Jonathan's marital transgressions, the challenge of raising a good son in a culture of toxic masculinity. It is also a riveting prehistory of the present: the collapse of public speech, the trolls and tyrants of the new right, and the ongoing crisis of identity among white men.
03

10:04
In the last year, the narrator of 10:04 has enjoyed unlikely literary success, has been diagnosed with a potentially fatal medical condition, and has been asked by his best friend to help her conceive a child. In a New York of increasingly frequent superstorms and social unrest, he must reckon with his own mortality and the prospect of fatherhood in a city that might soon be underwater.
A writer whose work Jonathan Franzen has called "hilarious . . . cracklingly intelligent . . . and original in every sentence," Lerner captures what it's like to be alive now, during the twilight of an empire, when the difficulty of imagining a future is changing our relationship to both the present and the past.
04

The Hatred of Poetry
No art has been denounced as often as poetry. It's even bemoaned by poets: "I, too, dislike it," wrote Marianne Moore. "Many more people agree they hate poetry," Ben Lerner writes, "than can agree what poetry is. I, too, dislike it and have largely organized my life around it and do not experience that as a contradiction because poetry and the hatred of poetry are inextricable in ways it is my purpose to explore."

In this inventive and lucid essay, Lerner takes the hatred of poetry as the starting point of his defense of the art. He examines poetry's greatest haters (beginning with Plato's famous claim that an ideal city had no place for poets, who would only corrupt and mislead the young) and both its greatest and worst practitioners, providing inspired close readings of Keats, Dickinson, McGonagall, Whitman, and others. Throughout, he attempts to explain the noble failure at the heart of every truly great and truly horrible poem: the impulse to launch the experience of an individual into a timeless communal existence. In The Hatred of Poetry, Lerner has crafted an entertaining, personal, and entirely original examination of a vocation no less essential for being impossible.
05

The Lichtenberg Figures, winner of the Hayden Carruth Award, is an unconventional sonnet sequence that interrogates the relationship between language and memory, violence and form. “Lichtenberg figures” are fern-like electrical patterns that can appear on (and quickly fade from) the bodies of people struck by lightning.

Throughout this playful and elegiac debut—with its flashes of autobiography, intellection, comedy, and critique—the vocabulary of academic theory collides with American slang and the idiom of the Old Testament meets the jargon of the Internet to display an eclectic sensibility.

Ben Lerner, the youngest poet ever published by Copper Canyon Press, is co-founder of No: a journal of the arts. He earned an MFA from Brown University and is currently a Fulbright scholar in Spain.

Mean Free Path
National Book Award finalist Ben Lerner turns to science once again for his guiding metaphor. “Mean free path” is the average distance a particle travels before colliding with another particle. The poems in Lerner’s third collection are full of layered collisions—repetitions, fragmentations, stutters, re-combinations—that track how language threatens to break up or change course under the emotional pressures of the utterance. And then there’s the larger collision of love, and while Lerner questions whether love poems are even possible, he composes a gorgeous, symphonic, and complicated one.

You startled me. I thought you were sleeping
In the traditional sense. I like looking
At anything under glass, especially
Glass. You called me. Like overheard
Dreams. I’m writing this one as a woman
Comfortable with failure. I promise I will never
But the predicate withered. If you are
Uncomfortable seeing this as portraiture
Close your eyes. No, you startled

Ben Lerner is the author of three books of poetry and was named a finalist for the National Book Award for his second book, Angle of Yaw. He holds degrees from Brown University, co-founded No: a journal of the arts, and teaches at the University of Pittsburgh.
08

Eleven Eleven
Literary journal edited by Ben Lerner and being taken over by Hugh Behm-Steinberg.