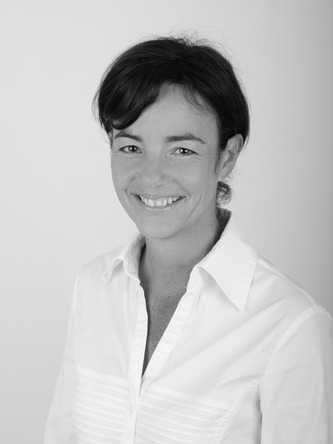 I was born in Wallingford, England and have spent most of my life living in a village outside Windsor. A former pharmacist, former pharmaceutical industry employee I’m now a self-employed medical writer who also loves to write romance. Some days a racing heart is a medical condition, others it’s the reaction to a hunky hero…

I’ve two teenage boys and a husband who asks every Valentine’s Day whether he has to bother buying a card again this year (yes, he does) so the romance in my life is all in my head. Then again, my husband’s unstinting support of my career change goes to prove that love isn't always about hearts and flowers - and heroes can come in many disguises

The New Guy
Sam Huxton doesn’t do one-night stands, especially not with men she’s just met! But the hot guy at the bar was hard to resist and one night is all they share – no names, no numbers, just some much needed fun…

Until the same guy walks into Sam’s life the next day as her new employee.  Sam never mixes business with pleasure and makes it clear an office fling with Ryan is off-limits.  But after-hours…one thing can lead to another. Can Sam trust her heart and her business with the new guy?
02

Oh Crumbs
Another fun, fabulous read from Kathryn Freeman. You'll want to lock yourself away with this one!
Sometimes life just takes the biscuit …
Abby Spencer knows she can come across as an airhead – she talks too much and is a bit of a klutz – but there’s more to her than that. Though she sacrificed her career to help raise her sisters, a job interview at biscuit company Crumbs could finally be her chance to shine. That’s until she hurries in late wearing a shirt covered in rusk crumbs, courtesy of her baby nephew, and trips over her handbag.

Managing director Douglas Faulkner isn’t sure what to make of Abby Spencer with her Bambi eyes, tousled hair and ability to say more in the half-hour interview than he manages in a day. All he knows is she’s a breath of fresh air and could bring a new lease of life to the stale corporate world of Crumbs. To his life too, if he’d let her.

But Doug’s harbouring a secret. He’s not the man she thinks he is.
03

A Little Christmas Faith (Christmas Wishes #1)
Is it time to love Christmas again?
Faith Watkins loves Christmas, which is why she’s thrilled that her new hotel in the Lake District will be open in time for the festive season. And Faith has gone all out; huge Christmas tree, fairy lights, an entire family of decorative reindeer. Now all she needs are the guests …
But what she didn’t bank on was her first paying customer being someone like Adam Hunter. Rugged, powerfully built and with a deep sadness in his eyes, Adam is a man that Faith is immediately drawn to – but unfortunately he also has an intense hatred of all things Christmassy.
As the countdown to the big day begins, Faith can’t seem to keep away from her mysterious guest, but still finds herself with more questions than answers: just what happened to Adam Hunter? And why does he hate Christmas?
04

Up Close and Personal
Sizzling chemistry, a page-turning will they/won’t they romance and the hottest twist on one of your favourite movies…

British actor Zac Edwards is the latest heartthrob to hit the red carpets. Hot, talented and rich, he sends women wild…all except one.

Zac might get her hot under her very starched collar, but Kat’s a professional – and sleeping with Zac is no way part of her remit…
05

Too Damn Nice
Do nice guys stand a chance?
Lizzie Donavue went from being the sister of his best friend to the girl Nick Templeton most wants to kiss. On her birthday, he finally summons up the courage to make his move. But it looks like Nick’s missed his chance when he discovers that Lizzie has been offered a modelling contract, which will take her away to the glamorous fashion scenes of New York and Los Angeles.

Nick is forced to watch from the sidelines as the gawky teenager he knew is transformed into Elizabeth Donavue: top model and ultimate English rose pin-up, forever caught in a whirlwind of celebrity parties with the next up-and-coming Hollywood bad boy by her side.

But then Lizzie’s star-studded life comes crashing down around her, and a guy like Nick could be just what she needs. Will she take a chance on him? Or is he just too damn nice?
06

Do Opposites Attract?
There's no such thing as a class divide - until you're on separate sides.

Brianna Worthington has beauty, privilege and a very healthy trust fund. The only hardship she's ever witnessed has been on the television. Yet when she's invited to see how her mother's charity, Medic SOS, is dealing with the aftermath of a tornado in South America, even Brianna is surprised when she accepts.

Mitch McBride, Chief Medical Officer, doesn't need the patron's daughter disrupting his work. He's from the wrong side of the tracks and has led life on the edge, but he's not about to risk losing his job for a pretty face.

Poles apart, dynamite together, but can Brianna and Mitch ever bridge the gap separating them?
07

A Second Christmas Wish
Do you believe in Father Christmas?

For Melissa, Christmas has always been overrated. From her cold, distant parents to her manipulative ex-husband, Lawrence, she’s never experienced the warmth and contentment of the festive season with a big, happy family sitting around the table.
And Melissa has learned to live with it, but it breaks her heart that her seven-year-old son, William, has had to live with it too. Whilst most little boys wait with excitement for the big day, William finds it difficult to believe that Father Christmas even exists.
But then Daniel McCormick comes into their lives. And with his help, Melissa and William might just be able to find their festive spirit, and finally have a Christmas where all of their wishes come true …
08

Too Charming
Does a girl ever really learn from her mistakes?

Detective Sergeant Megan Taylor thinks so. She once lost her heart to a man who was too charming and she isn’t about to make the same mistake again – especially not with sexy defence lawyer, Scott Armstrong. Aside from being far too sure of himself for his own good, Scott’s major flaw is that he defends the very people that she works so hard to imprison.

But when Scott wants something he goes for it. And he wants Megan. One day she’ll see him not as a lawyer, but as a man ... and that’s when she’ll fall for him.

Yet just as Scott seems to be making inroads, a case presents itself that’s far too close to home, throwing his life into chaos.

As Megan helps him pick up the pieces, can he persuade her that he isn’t the careless charmer she thinks he is? Isn’t a man innocent until proven guilty?
09

A wonderful new uplifting Christmas story from Kathryn Freeman to put you in the festive mood. Highly recommended
Would you swap sea and sunshine for tinsel and turkey?
Gabby Sanderson is used to being let down – even at Christmas. Which is why she’s happy to skip the festive season completely in favour of a plane ticket and sunnier climes.

But this Christmas could be different, because this time she might not be spending it alone. Can Owen Cooper charm Gabby into loving Christmas in the same way he’s charmed his way into her life, or is he just another person who’ll end up disappointing her?
10

As the glitter ball shimmers and sequins flash, forty-year-old Maggie remembers the pull of the dancefloor. But now, as a newly divorced mum of two, Maggie’s certain her dancing days are over. Or are they…?

Encouraged by her friends, Maggie dusts off her silver stilettoes and enrols for dancing classes, all she needs now is the perfect partner.

Enter Seb. Young, carefree and hot as hell, Seb is definitely a perfect 10! Even though everything about him is outrageously inappropriate! But as Seb sweeps her across the dancefloor every week, Maggie begins to see a new side to him; kind, caring, funny, strong.

And Maggie realises that he’s the only one she’d like to foxtrot with…perhaps even forever?