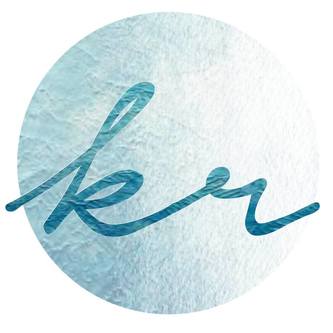 
I write contemporary romance and women's fiction. I always give my characters their happily ever after, but I love to make them work for it! It's a long road to love, so sit back and enjoy the ride.

I am wife to the love of my life, mom to a special, beautiful son, and a friend to those living with autism through my charitable foundation.

Long Shot (Hoops #1)
A Standalone FORBIDDEN LOVE SET IN THE EXPLOSIVE WORLD OF THE NBA...

Think you know what it's like being a baller's girl?
You don't.
My fairy tale is upside down.
A happily never after.
I kissed the prince and he turned into a fraud.
I was a fool, and his love - fool's gold.

Now there's a new player in the game, August West.
One of the NBA's brightest stars.
Fine. Forbidden.
He wants me. I want him.
But my past, my fraudulent prince, just won't let me go.

*Some aspects of this story may be sensitive for some readers.
02

If I had a dollar for every time Banner Morales made my heart skip a beat...
The heart everyone assumes is frozen over.
Her anger is . . . arousing.
Every glare from those fire-spitting eyes, every time she grits her teeth, gets me . . . well, you know.
If I had a dollar for every time she's put me in my place, I'd be an even richer man.
I'm a successful sports agent because I assume "no" means you'll think about it.
I'm sure what you meant to say is "Coming right up.”
They say even rich men don't always get what they want,
but those men don't know how to play the game. The trick is to keep them guessing.
Take Banner. She assumes she's winning, but this game?
She doesn't even know how to play.

If I had a dollar for every time Jared Foster broke my heart, I’d have exactly one dollar.
One night. One epic fail. One dollar . . . and I'm out.
I've moved on.
I’ve found success in a field ruled by men.
Anything they can do, I have done better.
They can keep the field while I call the shots, blocking them when I have to.
And Jared has the nerve to think he gets a second chance?
Boy, please. Go sit down. Have several seats.
I'll just be over here ignoring the man carved from my fantasies with a lust-tipped chisel.
Oh, I didn't say the struggle wasn't real.
But I've got that one dollar, and Jared won't have me.
03

The Kingmaker (All the King's Men Duet, #1)
Raised to rule, bred to lead and weaned on a diet of ruthless ambition. In a world of haves and have nots, my family has it all, and I want nothing to do with it.

My path takes me far from home and paints me as the black sheep. At odds with my father, I’m determined to build my own empire. I have rules, but Lennix Hunter is the exception to every one of them. From the moment we meet, something sparks between us. But my family stole from hers and my father is the man she hates most. I lied to have her, and would do anything to keep her. Though she tries to hate me, too, the inexorable pull between us will not be denied.

Resisting an irresistible force wears you down and turns you out. I know. I've been doing it for years.

I may not have a musical gift of my own, but I've got a nose for talent and an eye for the extraordinary. And Marlon James - Grip to his fans - is nothing short of extraordinary.

Years ago, we strung together a few magical nights, but I keep those memories in a locked drawer and I've thrown away the key. All that's left is friendship and work.

He's on the verge of unimaginable fame, all his dreams poised to come true. I manage his career, but I can't seem to manage my heart.

It's wild, reckless, disobedient. And it remembers all the things I want to forget.


Make sure you grab FLOW, the FREE prequel first! FLOW is chronicling the week of magical days and nights that will haunt Grip & Bristol for years to come. GRIP is the full-length conclusion of their story.
05

My Soul to Keep (Soul, #1)
It seems the things worth keeping are often the hardest to hold...

I had two things in life that mattered. My mother and my music.
Mama was taken from me too soon, and now music is all I have left. It’s the thing that’s pushed me right out of backwoods Georgia into Los Angeles, where the line between fantasy and reality shimmers and blurs. I’m finally making my way, making my mark. I can’t afford to fall for one of music's brightest stars. Not now. Music is all I have left, and I’m holding on tight with both hands. I won’t let go, not even for Rhyson Gray.

I had one thing in my life that mattered – music. The only constant, it’s taken me to heights most people only dream about; a gift dropped in my lap at birth. I thought it was enough. I thought it was everything until I met Kai. Now she’s all I think about, like a song I can't get out of my head. If I have to chase her, if I have to give up everything - I will. And once she's mine, I won't let go.
06

RITA® Award-winning author Kennedy Ryan delivers the gripping conclusion to the All the King’s Men Duet.

Raised to resist. Bred to fight. Survival is in my blood and surrender is never an option.

Though surrender is what Maxim Cade demanded of my body and heart, I had other plans. We were fast-burning fascination and combustible chemistry, but the man I trusted with everything was a trickster. A thief who stole my love. If what we had was a lie, why did it feel so real? The man I swore to hate will have it all, and wants me at his side. But power is a game, and we’re the pawns and players.

Facing insurmountable odds, will we win the world, or will we lose it all?
07

Dig a little and you'll find photos of me in the bathtub with Ezra Stern.
Get your mind out of the gutter. We were six months old.
Pry and one of us might confess we saved our first kiss for each other.
The most clumsy, wet, sloppy . . . spectacular thirty seconds of my adolescence.
Get into our business and you'll see two families, closer than blood, torn apart in an instant.
Twenty years later, my "awkward duckling" best friend from childhood, the boy no one noticed, is a man no one can ignore.

Tell me it's wrong.
Tell me the boy who always felt like mine is now the man I can’t have.
When we find each other again, everything stands in our way--secrets, lies, promises.
But we didn't come this far to give up now.
And I know just the move to make if I want to make him mine.
08

Flow (Grip, #0.5)
In 8 years, Marlon James will be one of the brightest rising stars in the music industry.
Bristol Gray will be his tough, no-nonsense manager.

But when they first meet, she’s a college student finding her way in the world, and he’s an artist determined to make his way in it.
From completely different worlds, all the things that should separate them only draw them closer.

It’s a beautiful beginning, but where will the story end?

FLOW is the prequel chronicling the week of magical days and nights that will haunt Grip & Bristol for years to come. GRIP is the full-length conclusion of their story.
09

Divorced. Single dad. Traded to a losing squad. Cheated on, betrayed, exposed.
My perfect life blew up in my face and I'm still picking up the pieces.
The last thing I need is her.
A wildflower. A storm. A woman I can't resist.
Lotus DuPree is a kick to my gut and a wrench in my plans
from the moment our eyes meet.
I promised myself I wouldn't trust a woman again,
but I've never wanted anyone the way I want Lo.
She's not the plan I made, but she's the risk I have to take.

A warrior. A baller. The one they call Gladiator. Kenan Ross charged into my life smelling all good, looking even better and snatching my breath from the moment we met.
The last thing I need is him.
I'm working on me. Facing my pain and conquering my demons.
I've seen what trusting a man gets you.
I. Don't. Have. Time. For. This.
But he just keeps coming for me.
Keeps knocking down my defenses and stealing my excuses
one by one.
He never gives up, and now...I'm not sure I want him to.
10

Still (Grip, #2)
**STILL is the conclusion of Grip & Bristol's emotional journey. You must read FLOW, the prequel, and GRIP, book 1 before beginning STILL**

I'll be there.
Through thick and thin.
Ride or die.
You can count on me.

The promises people make.
The vows we take.
Assumptions of the heart.
Emotion tells us how we feel, but life...life has a way of plunging us in boiling water, burning away our illusions, testing our faith, trying our convictions.
Love floating is a butterfly, but love tested is an anchor.

For Grip and Bristol,
Love started at the top of the world
On a Ferris wheel under the stars
But when that love is tested, will they fly or fall?.