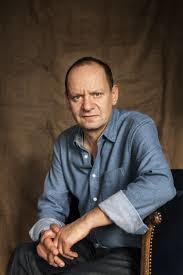 Philippe Sands is Professor of Law at University College London and a practicing barrister at Matrix Chambers. He has been involved in many important cases, including Pinochet, Congo, Yugoslavia, Rwanda, Iraq, Guantanamo and the Yazadis. His books include Lawless World and Torture Team. He is a frequent contributor to the Financial Times, Guardian, New York Review of Books and Vanity Fair, makes regular appearances on radio and television, and serves on the boards of English PEN and the Hay Festival.

East West Street: On the Origins of "Genocide" and "Crimes Against Humanity"
A profound and profoundly important book—a moving personal detective story, an uncovering of secret pasts, and a book that explores the creation and development of world-changing legal concepts that came about as a result of the unprecedented atrocities of Hitler’s Third Reich.

East West Street looks at the personal and intellectual evolution of the two men who simultaneously originated the ideas of “genocide” and “crimes against humanity,” both of whom, not knowing the other, studied at the same university with the same professors, in a city little known today that was a major cultural center of Europe, “the little Paris of Ukraine,” a city variously called Lemberg, Lwów, Lvov, or Lviv. It begins in 2010 and moves backward and forward in time, from the present day to twentieth-century Poland, France, Germany, England, and America, ending in the courtroom of the Palace of Justice at the International Military Tribunal in Nuremberg in 1945. The book opens with the author being invited to give a lecture on genocide and crimes against humanity at Lviv University, welcomed as the first international law academic to give a lecture there on such subjects in fifty years. Sands accepted the invitation with the intent of learning about the extraordinary city with its rich cultural and intellectual life, home to his maternal grandfather, a Galician Jew who had been born there a century before and who’d moved to Vienna at the outbreak of the First World War, married, had a child (the author’s mother), and who then had moved to Paris after the German annexation of Austria in 1938. It was a life that had been shrouded in secrecy, with many questions not to be asked and fewer answers offered if they were. As the author uncovered, clue by clue, the deliberately obscured story of his grandfather’s mysterious life and of his flight first to Vienna and then to Paris, and of his mother’s journey as a child surviving Nazi occupation, Sands searched further into the history of the city of Lemberg and realized that his own field of humanitarian law had been forged by two men—Rafael Lemkin and Hersch Lauterpacht—each of whom had studied law at Lviv University in the city of his grandfather’s birth, each of whom had come to be considered the finest international legal mind of the twentieth century, each considered to be the father of the modern human rights movement, and each, at parallel times, forging diametrically opposite, revolutionary concepts of humanitarian law that had changed the world. In this extraordinary and resonant book, Sands looks at who these two very private men were, and at how and why, coming from similar Jewish backgrounds and the same city, studying at the same university, each developed the theory he did, showing how each man dedicated this period of his life to having his legal concept—“genocide” and “crimes against humanity”—as a centerpiece for the prosecution of Nazi war criminals. And the author writes of a third man, Hans Frank, Hitler’s personal lawyer, a Nazi from the earliest days who had destroyed so many lives, friend of Richard Strauss, collector of paintings by Leonardo da Vinci. Frank oversaw the ghetto in Lemberg in Poland in August 1942, in which the entire large Jewish population of the area had been confined on penalty of death. Frank, who was instrumental in the construction of concentration camps nearby and, weeks after becoming governor general of Nazi-occupied Poland, ordered the transfer of 133,000 men, women, and children to the death camps. Sands brilliantly writes of how all three men came together, in October 1945 in Nuremberg—Rafael Lemkin; Hersch Lauterpacht; and in the dock at the Palace of Justice, with the twenty other defendants of the Nazi high command, prisoner number 7, Hans Frank, who had overseen the extermination of more than a million Jews of Galicia and Lemberg, among them, the families of the author’s grandfather as well as those of Lemkin and Lauterpacht. A book that changes the way we look at the world, at our understanding of history and how civilization has tried to cope with mass murder. Powerful; moving; tender; a revelation.
02

The Ratline: Love, Lies, and Justice on the Trail of a Nazi Fugitive
As Governor of Galicia, SS Brigadeführer Otto Freiherr von Wächter presided over an authority on whose territory hundreds of thousands of Jews and Poles were killed, including the family of the author's grandfather. By the time the war ended in May 1945, he was indicted for 'mass murder'. Hunted by the Soviets, the Americans, the Poles and the British, as well as groups of Jews, Wächter went on the run. He spent three years hiding in the Austrian Alps, assisted by his wife Charlotte, before making his way to Rome where he was helped by a Vatican bishop. He remained there for three months. While preparing to travel to Argentina on the 'ratline' he died unexpectedly, in July 1949, a few days after spending a weekend with an 'old comrade'.
In The Ratline Philippe Sands offers a unique account of the daily life of a senior Nazi and fugitive, and of his wife. Drawing on a remarkable archive of family letters and diaries, he unveils a fascinating insight into life before and during the war, on the run, in Rome, and into the Cold War. Eventually the door is unlocked to a mystery that haunts Wächter's youngest son, who continues to believe his father was a good man - what happened to Otto Wächter, and how did he die?
03

Torture Team: Rumsfeld's Memo and the Betrayal of American Values
On December 2, 2002 the U.S. Secretary of Defense, Donald Rumsfeld, signed his name at the bottom of a document that listed eighteen techniques of interrogation--techniques that defied international definitions of torture. The Rumsfeld Memo authorized the controversial interrogation practices that later migrated to Guantanamo, Afghanistan, Abu Ghraib and elsewhere, as part of the policy of extraordinary rendition. From a behind-the-scenes vantage point, Phillipe Sands investigates how the Rumsfeld Memo set the stage for a divergence from the Geneva Convention and the Torture Convention and holds the individual gatekeepers in the Bush administration accountable for their failure to safeguard international law.

The Torture Team delves deep into the Bush administration to reveal:
- How the policy of abuse originated with Donald Rumsfeld, Dick Cheney and George W. Bush, and was promoted by their most senior lawyers

- Personal accounts, through interview, of those most closely involved in the decisions

- How the new techniques were used on Mohammed Al Qahtani, alleged to be "the 20th highjacker"

- How the senior lawyers who crafted the policy of abuse exposed themselves to the risk of war crimes charges.
04

Lawless World: The Whistle-Blowing Account of How Bush and Blair Are Taking the Law into Their Own Hands
Sixty years ago, the United States and Great Britain spearheaded efforts to create a new world order based on international rules. Today these same two nations are leading the charge to abandon many of the global safeguards they once fought to establish. Crisp, impassioned, and hard-hitting, Lawless World is an exposé and an indictment of a catastrophic realignment of the laws that govern international affairs, the book that broke the stories on the "Downing Street memo" and the "White House meeting memo." It is also a vivid and human account of the reckless way America has reneged on its very founding documents-and a call for us to recognize the role we should be playing to reassert the rule of law, and with it a stable, secure world. BACKCOVER: "In this expert and judicious study, Philippe Sands portrays a frightening image of 'America unbound,' self-exempted from the delicate fabric of international law on which human survival rests."
-Noam Chomsky

"A penetrating and detailed account of the extent to which those who claim to be spreading global values have ridden roughshod over them."
-The Observer (London)

"Lawless World goes to the very heart of the nature of the international order and its future."
-The Guardian (London)
05

Principles of International Environmental Law
This leading textbook has been revised to include new developments since 1994, including all the international case-law (ICJ, ITLOS, WTO, human rights, etc.) and new international legislation (genetically modified organisms, the Kyoto Protocol, oil pollution, chemicals, etc.). It is the most comprehensive account of the principles and rules relating to the protection of the environment and the conservation of natural resources. First Edition published by Manchester University Press: (2002) 0-719-04519-3
06

From Nuremberg to The Hague: The Future of International Criminal Justice
This collection is based on a lecture series organized jointly by Matrix Chambers and the Wiener Library in London between April and June 2002. Leading experts present papers examining the evolution of international criminal justice from its origins at Nuremberg through to the proliferation of international courts and tribunals based at The Hague today. The lectures will provide various perspectives on the subject for anyone interested in international criminal law--from specialists to non-specialists.
07

Documents in European Community Environmental Law
This is the companion volume to the second edition of Philippe Sands' Principles of International Environmental Law and Sands and Galizzi's Documents in International Environmental Law. It comprises extracts from essential EC Treaties, Regulations, Directives, Decisions and other Acts of EC institutions. EC environmental legislation represents one of the most complex and challenging legal regimes for the protection of the environment. The significant body of legislation which now exists has given rise to numerous disputes over its application and interpretation. This collection brings together the principal documents in an accessible form, providing practitioners, scholars and students with the essentials necessary to understand, advise upon and apply this body of law. Concise editorial notes summarise the main provisions of the instruments reproduced and place them in their wider context.
10

Principles of International Environmental Law I: Frameworks, Standards, & Implementation
This post-UNCED account of the frameworks, standards and implementation of the international environmental law is intended for undergraduates and academics in the fields of international law, politics, geography, economics and environmental studies. It can be used on its own as a reference or course text or in conjunction with its companion collections of documents.