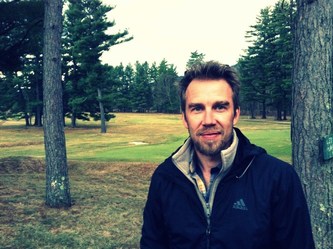 Timothy James Brearton lives in the Adirondack Mountains with his wife and three children. He's loved thrillers and police stories for most of his life. HABIT follows broken cop Brendan Healy down the rabbit hole of a human trafficking conspiracy. DEAD GONE delivers Florida cop Tom Lange into a criminal underworld and INTO DARKNESS introduces FBI agent Shannon Ames, a country girl in the big city.

Gone
A SUSPENSE THRILLER WITH AN ALMIGHTY TWIST IN THE TALE.

How can an entire family disappear into thin air?
An empty house on the edge of a small town . . . a teddy bear abandoned . . . a half drunk glass of wine . . . the TV left on and all the computer equipment missing. Where have Hutchinson Kemp and his wife and two children gone?

Detective Rondeau doesn't think they left by choice. However he is on the verge of cracking up as he pursues the trail of the film-maker and his family who have disappeared without a trace. Rondeau discovers disturbing evidence that big money and government might have something to do with the chilling crime, but no one seems to believe him anymore. Ignoring his sceptical police colleagues, he puts his life at risk as he races to find the family in this twisting-turning crime thriller. Are the family even still alive, and what are their abductors trying to hide?
02

When He Vanished
A HEART-POUNDING THRILLER WITH A STUNNING TWIST

WHAT IF YOUR HUSBAND DISAPPEARED AND THE POLICE THOUGHT YOU MIGHT HAVE KILLED HIM?

Jane Gable returns from her shift at the hospital one night to find her two children asleep in bed and her husband gone, his phone and wallet left behind.

John has long been a responsible and dependable man, maintaining a predictable schedule. He is a former alcoholic, and so Jane fears he has relapsed and may be in trouble.

An ‘old friend’ of John’s, Bruce Barnes, turned up on their doorstep the day before his disappearance.

Jane’s son Russ had seen a mysterious blonde woman at the house.

An SUV keeps showing up. Jane feels watched and under threat.

Then John’s abandoned car is found with blood on the steering wheel and Jane fears the worst. And there is a revelation that will make her question her own sanity.

Jane desperately begins investigating on her own. Suspects include her ex-husband, her stepbrother, and the mysterious blonde.

Is she being framed? Can she even trust herself?

HOW FAR WILL SHE GO TO SAVE HER FAMILY?

WHAT READERS ARE SAYING ABOUT WHEN HE VANISHED

“A chilling mystery with plenty of twists and turns which will keep you guessing until the very end.” Barbara

“Had me from the first page and didn't let go until the last.” Gail

Rookie detective Brendan Healy is on his first murder case. A young woman in a remote farmhouse has called 911 on an intruder and is killed. The clue path leads Healy to several suspects, but when the victim’s brother opens fire on the cops, the department is ready to close the case. Healy persists with his own investigation, leading him into the world of human trafficking where an escort service is used by government officials. Healy tracks a potential killer, who is holding a child hostage. But the case is not yet closed, and another killer must be brought to justice.
04

Dark Web
A compelling murder mystery which you won’t be able to put down
“A gripping mystery with realistic characters and a troubled detective on the case.” Beth Boyd

On a freezing winter night, the body of a teenager is found in the snow.
Mike and Callie Simpkins moved north to restart their lives and get their finances back on track. Their son Braxton immerses himself in an online game-world of crime and gangs. When he decides to meet some of the players in the real world, tragedy strikes.

Detective John Swift must untangle a web of virtual and real crimes in order to solve this complex mystery. And as the family copes with unimaginable grief, even Braxton’s stepfather Mike comes under suspicion.

T.J. Brearton is the best-selling thriller and mystery author of HABIT, SURVIVORS and HIGHWATER, as well as the short story collection GUNPLAY.
05

Newlyweds Brett and Emily Larson have just moved into a new home deep in the countryside, and are overjoyed when Emily finds out she’s pregnant.

Then they discover human bones in their garden.

As the police start to investigate, three things become clear:

When the police put three photographs of known criminals on the Larsons’ kitchen table, the couple realize the danger may be closer to home than they think.

As the situation escalates, can Brett and Emily keep one step ahead to protect themselves – and their unborn child?

Fast-paced, compelling and full of twists, this heart-pounding thriller will keep you turning the pages until the very end. Perfect for fans of Rachel Abbott, Robert Dugoni and Linwood Barclay.
06

A woman’s body is found floating in a sultry Florida mangrove. She has no ID and there is no indication of cause of death.

Everyone has dark secrets that will be revealed.

Rookie detective Tom Lange couldn’t have landed a more difficult first case. The only thing he has to go on is the woman’s butterfly tattoo. His boss, Lauren Blythe, piles the pressure on, and the medical examiner won’t tell him what he needs to know.

Meanwhile Tom’s neighbour Alicia has an abusive boyfriend who Tom clashes with in a way that will have far-reaching consequences.

The body leads Tom on a trail of seedy clubs, narcotics, and danger which is close to home. The book builds up detail by detail, mirroring the painstaking work of a real police murder investigation. In a tumultuous ending, Tom’s world is turned upside down.

You'll be gripped from start to heart-stopping finish in this detailed and authentic detective mystery from T.J. Brearton.

If you like Jeffery Deaver, Robert Bryndza, Lisa Unger, Gillian Flynn, Rachel Abbott, or Mel Sherratt, you will enjoy this compelling new novel.

THE DETECTIVE
Tom Lange is a brand new agent with the Florida Department of Law Enforcement. That agency is a state bureau investigating violent crimes, police corruption, with a governor protection unit and top-notch forensic laboratories. The only family Tom has left is his brother Nick.

THE SETTING
Southwest Florida in April. The dry season ending, the heat and humidity building. In Naples, many people are leaving the region for cooler climes. The landscapers are out daily, cutting back the surging vegetation and a steady breeze comes from the gulf coast. Rookery Bay, a nature reserve of a hundred thousand acres teems with wildlife, threaded with brackish creeks. The Everglades stretch all the way across the state to Miami, choked with alligators. Tampa Bay pulses with the nightlife. Naples is one of the wealthiest cities in the U.S., but despite its concentration of millionaires, the region knows poverty, homelessness, drugs, and crime.

GONE: How can an entire family disappear into thin air? A MASSIVE AMAZON BEST SELLER!

DARK WEB A brilliant detective mystery. Who killed a teenager and left the body in the snow?

DARK KILLS Who is murdering female college students and can they be stopped?

Survivors (Titan, #2)
A gripping mystery novel that will have you reading all night.

The Rebecca Heilshorn case has drawn the attention of the Justice Department. Agent Jennifer Aiken is going after XList, the escort service implicated in Rebecca’s murder. Meanwhile, Healy learns about the death of an old friend and comes out of hiding to privately investigate. His friend’s death was not accidental, but connected to the same black market – XList. Jennifer Aiken is close to identifying the main force behind XList when she is kidnapped. Tortured and interrogated by ruthless operatives, Jennifer’s only hope is that Brendan will get to her in time.
08

Dark Kills
A gripping new detective mystery from best-selling crime writer T.J. Brearton
Who is murdering female college students and can they be stopped?
The victims are linked by their participation in an unusual psychology experiment. Leading the investigation is Detective Dana Gates. She has a past no one talks about and a husband and daughters she hardly ever sees. She’s a dedicated, by-the-book investigator. And now a serial killer is ripping through the local college campus, and everything she knows is going to change.

Her police partner, Robert Hamill, is a wild card. Unmarried, no kids, Hamill is Dana’s polar opposite. But as the case progresses, their differing methods threaten to tear them apart. Hamill breaks with procedure to uncover a list naming potential victims, but the two detectives must work together to stop any more girls from turning up dead.

Suspects range from a college professor to an award-wining author, a handyman pot dealer to a student seemingly possessing strange mental gifts, and yet the real culprit could be right under their noses. In the final showdown, Dana is left with nothing but her instinct, her will to live – and maybe a special gift of her own.

If you like Jeffery Deaver, Linwood Barclay, Lisa Unger, Angela Marsons, Rachel Abbott, or Mel Sherratt, you will be gripped by this compelling new mystery novel.

The book is set in Upstate New York, an area the author brings to life with compelling detail based on his local knowledge.

DARK WEBA brilliant detective mystery. Who killed a teenager and left the body in the snow?

A WOMAN FOUND DEAD IN A FARMHOUSEA woman found dead in a remote farmhouse begins a gripping series of fast-paced detective thrillers unravelling a dark conspiracy.

Daybreak (Titan, #3)
The stunning conclusion to the Titan trilogy

Months after her vicious abduction, Special Prosecutor Jennifer Aiken is enlisted to serve in an FBI sting; to go after a hacker group called Nonsystem. Helping her is Brendan Healy, who fights for his life in Rikers Island while awaiting trial for the murder of Alexander Heilshorn, the powerful leader in a multinational organization known as Titan.

Once Brendan has extricated himself from Rikers through a dramatic turning of the tables, he hunts for Leah Heilshorn, the daughter of Rebecca, the murdered escort from HABIT. Meanwhile, Jennifer must navigate a complex underworld to meet Nonsystem and find the truth behind Titan and its real relationship to the country.