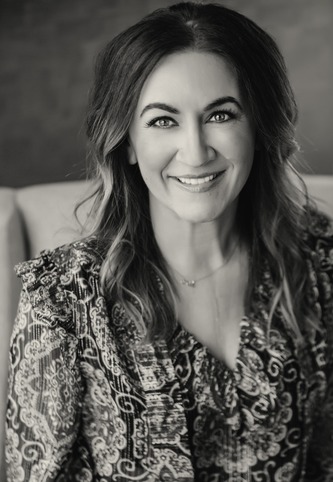 Sara Ney is the USA Today Bestselling Author of the How to Date a Douchebag series, and is best known for her sexy, laugh-out-loud New Adult romances. Among her favorite vices, she includes: iced latte's, historical architecture and well-placed sarcasm. She lives colorfully, collects vintage books, art, loves flea markets, and fancies herself British.

The Studying Hours (How to Date a Douchebag, #1)
CRUDE. ARROGANT. A**HOLE.
No doubt about it, Sebastian ‘Oz’ Osborne is the university’s most celebrated student athlete—and possibly the biggest douchebag. A walking, talking cliché, he has a filthy mouth, a fantastic body, and doesn’t give a sh*t about what you or anyone else thinks.

SMART. CLASSY. CONSERVATIVE.
Make no mistake, Jameson Clarke may be the university’s most diligent student—but she is no prude. Spending most of her time in the hallowed halls of the library, James is wary of pervs, jocks, and douchebags—and Oz Osborne is all three.

She’s smart, sarcastic—and not what he expected.

…EVERY DOUCHBAG HAS HIS WEAKNESS.

The Failing Hours (How to Date a Douchebag, #2)
Zeke Daniels isn't just a douchebag; he's an a**hole.

A total and complete jerk, Zeke keeps people at a distance. He has no interest in relationships—most a**holes don’t.

Dating?
Being part of a couple? Nope. Not for him.

He's never given any thought to what he wants in a girlfriend, because he's never had any intention of having one. Shit, he barely has a relationship with his family, and they're related; his own friends don’t even like him.

So why does he keep thinking about Violet DeLuca?
Sweet, quiet Violet—his opposite in every sense of the word.
The light to his dark, even her damn name sounds like rays of sunshine and happiness and shit.

Jock Row (Jock Hard, #1)
Scarlett is always the sensible one: The sober driver. The planner. The one holding your hair back while you're worshiping the porcelain gods.

Week-after-week, she visits Jock Row with her friends — the university's hottest party scene and breeding ground for student athletes. And if keeping her friends out of trouble, and guys out of their pants, was a sport, she'd be the star athlete.

Being a well known jock-blocker gets her noticed for all the wrong reasons; just like that, she's banned from Jock Row. NO GUY WANTS A GIRL AROUND WHO KEEPS THEIR JOCK FRIENDS FROM GETTING LAID.

"Rowdy" Wade is the hot shot short-stop for the university's baseball team — and the unlucky bastard who drew the short straw: keep little Miss Goody Two-Shoes out of the Baseball House.

But week-after-week Scarlett returns, determined to get inside.
04

The Learning Hours (How to Date a Douchebag, #3)
He's not a douchebag; but that doesn't stop his friends from turning him into one.

MY FRIENDS WANT ME TO GET LAID.

So much so that they plastered my ugly mug all over campus, in bold printed letters:

Are you the lucky lady who's going to break our roommate's cherry?
Him: socially awkward man with average-sized penis looking for willing sexual partner. You: must have a pulse. He will reciprakate with oral. Text him at: 555-254-5551

The morons can't even spell. And the texts I've been receiving are what wet dreams are made of. But I'm not like these douchebags, no matter how hard they try to turn me into one.

THIS ISN'T THE KIND OF ATTENTION I WANT.

One text stands out from hundreds. One number I can't bring myself to block. She seems different. Hotter, even in black and white.

However, after seeing her in person, I know she's not the girl for me. But my friends won't let up--they just don't get it. Douchebags or not, there's one thing they'll never understand: GIRLS DON'T WANT ME.

He's a rough. Dirty. Giant. Hair so unruly, and a beard so thick, his friends on the team call him Sasquatch.

The first time Sasquatch lays eyes on Theodora "Teddy" Johnson across the keg at a party one night on Jock Row, she'd been relegated to the sidelines by her jock hungry "friends."

Week-after-week, he watches beautiful but bashful Teddy getting overshadowed, and overlooked. Sasquatch finally broad shoulders his way through the crowd, offering to to be her hairy godmother. But the minute their eyes meet? He's a goner.

Teaching her the RULES for winning a jock will be the easy part. Not falling in love with her is going to be a losing game.
06

To whom it may concern,
Full disclosure; before we move forward with this email, I would like it to be known that I have consumed an adequate amount of alcoholic beverages to intoxicate myself tonight. Three margaritas, two shots, and one beer—because it was free.
I think it’s important to be open and honest with your co-workers, don’t you?
So here I am, being honest. Drunk but honest. Or just drunk with lust? You decide.
I like you so much it’s clouding my judgment and making me do things I never would sober. Like write this letter.
I have a hopeless, foolish, schoolgirl crush on you when you are the last person on earth I should be falling for. Did you know people around the office call you a sadist? An egomaniac. An insensitive, arrogant prick. Your bark is worse then your bite, and you don’t scare me. The fact is, I’d love that bite of yours to nip at my bare skin while we’re both wearing nothing but sheets.
For once I want you to look at me as more than one of your employees.
And as long as we're being honest, that navy blue suit you wear? With the crisp white shirt? It really makes me want to loosen your tie and show you who’s boss.
Love,
Sincerely,
Yours.
07

Greyson Keller didn't intend to lie; it just came out that way. So when the object of that lie shows up on her doorstep, she is confused, shocked, and embarrassed.

Calvin Thompson is an Ivy Leaguer, attending University over an hour away, playing rugby and basically not giving a crap. So imagine his surprise when some guy named Greyson begins rumors online that they're dating -- the only logical solution is to drive an hour and confront him...

Be there when Greyson and Cal finally meet face-to-face because.
Sparks. Will. Fly.


Yes, sparks fly. That's why this book is intended for those 17+
Foul language, and sexual content.
08

The Coaching Hours (How to Date a Douchebag, #4)
THERE ARE NO DOUCHEBAGS IN THIS STORY.

Well, there are, but they’re not who this story is about.
This story is about me—the coach’s daughter.
When I moved to Iowa to live with my dad, the university's take-no-prisoners wrestling coach, I thought transferring would be easy as pie—living with my father would be temporary, and he'd make sure his douchebag wrestlers left me alone.
Wrong on both counts.

ASSHOLES ALWAYS COME OUT OF THE WOODWORK WHEN THE STAKES ARE HIGH.

A bet is placed, and I'm on the table. After one humiliating night and too much alcohol, I find the last nice guy on campus. And when he offers to rent me his spare bedroom, I go all in. It’s time for the nice guy to finish first.
Midnight chats and spilling my problems turn to lingering touches. Lingering touches turn to more.
And the ultimate good guy has the potential do more damage than any douchebags ever could.

The Coaching Hours -- the fourth book in the USA Today Bestselling "How to Date a Douchebag" New Adult series, available February 5, 2018
09

Studious and (mostly) sensible, the only thing Molly Wakefield wants to do is get through Senior Year and graduate. Well, that and hit the beach in her spare time. Okay, fine - and go shopping every once in a while for a new dress... (and who could blame her?)

And things are going according to plan - until the day she spies Weston McGrath, handsome star athlete and scholar, spying on her in study hall.

You see, Weston McGrath happens to be one guy no one can get close to.

Despite her best efforts to avoid it (because let's face it - the guy isn't exactly "boyfriend material") Mollly and Weston form a friendship.
And more....
Sort of.
But it's a friendship that comes with a price - because Weston just cannot seem to stop screwing things up. Or saying all the wrong things. Possibly in that order...
And who has time for an 18 year old "fixer-upper" that should know better?
Not Molly.
Or does she?

This is book one and includes chapter one of book two, Ke Kissed Me First. This book is a stand-alone with no cliffhanger. Note: This YA book is intended for 17+ due to the vulgar language used by its male characters (and occasionally the females as well, even though they're too lady like to do it throughout the entire book). Some adult sexual situations that steam up a few car windows. This title is approx. 63,000 words.
10

Switch Hitter (Jock Hard, #0.5)
I knew something was wrong the second she walked in the door tonight; I just couldn’t put my finger on what it was.

Except… I look harder.
At the small dimple beneath her lip that wasn’t there the last time we went out. And her laugh — that laugh isn’t as loud.

This isn’t the girl I’ve gone out with the past few weeks.
It’s her twin sister, and they’ve switched places on me.

Only I’m not quite ready to let them switch back.

Originally published as part of TEAM PLAYER: AN ANTHOLOGY.