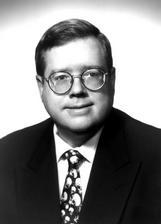 Richard Laymon was born in Chicago and grew up in California. He earned a BA in English Literature from Willamette University, Oregon and an MA from Loyola University, Los Angeles. He worked as a schoolteacher, a librarian, and a report writer for a law firm, and was the author of more than thirty acclaimed novels.

He also published more than sixty short stories in magazines such as Ellery Queen, Alfred Hitchcock, and Cavalier, and in anthologies including Modern Masters of Horror.

Richard Laymon is the author of books: The Traveling Vampire Show, The Cellar, Island, Endless Night, The Beast House, In the Dark, One Rainy Night, Funland, After Midnight, The Woods Are Dark

The show will feature Valeria, the only known vampire in captivity. According to the fliers, she is a gorgeous, stunning beauty. In the course of the performance, she will stalk volunteers from the audience, sink her teeth into their necks and drink their blood!

For three local teenagers who see the fliers, this is a show they don't want to miss. But they may have to.
Though they can probably scrape up the price of admission, other obstacles stand in the way. One problem, nobody under 18 years of age is allowed into the show. Dwight, Rusty, and Slim are only 16. Another problem, the show begins at midnight and the three teens always have to be home by then. If that weren't bad enough, the show is to take place at Janks Field -- a desolate patch of ground with a nasty history -- that has been declared off limits by their parents
The situation appears hopeless.

Though Dwight and his friends fear they won't be able to attend the actual performance of the Traveling Vampire Show, they do have the entire day to themselves. Why not hike out to Janks Field and take a look around? With any luck, they might be able to watch the crew make preparations for tonight's performance. If they're really lucky, maybe they'll get a peek at Valeria, the gorgeous vampire.
And so the three friends set off on foot for Janks Field...
Dwight is a solid, honest kid, long on common sense and loyalty to his friends. He always tries to do what's right.
Rusty is a husky guy who relishes trouble.
Slim, their long-time pal, is the brains of the outfit, a voracious reader of novels, an aspiring writer, and a girl. Also, she is sometimes too brave for her own good.

The Traveling Vampire Show is the tale, told in Dwight's own words, of what happened to him, Rusty and Slim on that hot summer day they hiked to Janks Field. It's the story of their friendship and love, their temptations, their betrayals, and their courage as they went where they shouldn't go, did what they shouldn't do...and ran into big trouble.
02

The Cellar
Visitors flock to see the Beast House with its blood-soaked corridors and creaky doors. Armed with video camcorders, these poor souls enter the forbidden house, never to return. The deeper they go into the house, the darker their nightmares become. Don't even think about going into the cellar.
03

Island
When Rupert Conway set out on a cruise with seven other people, he planned to swim a little, get some sun and relax. He certainly didn't plan to get shipwrecked. But after the yacht blew up, that's what happened - he and his shipmates were stranded on a deserted island. Luckily for them, the island has plenty of fresh water and enough food to last until they get rescued. And luckily for Rupert, most of his fellow castaways are attractive women.

But that's where his luck ran out - because the castaways aren't alone on the island. In the dense jungle beyond the beach there's a maniac on the loose, a killer with a murderous heart, a clever mind and a a taste for blood. He doesn't like his new neightbors and he plans to slaughter them all...one by one.
04

Endless Night
Jody is pretty tough for a sixteen-year-old girl. That's the only reason she's still alive - for now. She was sleeping over at her friend Evelyn's house when a group of killers broke in and tried to slaughter everyone. She saw Evelyn spitted on a spear, but Jody managed to escape, along with Evelyn's little brother, Andy. — Simon was one of the killers that gruesome night. His friends have left it up to him to find the only living witnesses to their massacre. Or else they'll butcher his family next. But Simon has his own reasons for wanting to get his hands on Jody...
05

Bestselling author Gorman Hardy is looking for ideas for his next novel. Tyler is bored and together with her friend Nora, they are looking for some excitement. Maybe Malcasa Point can provide both? Or maybe it will kill them all...
06

One Rainy Night
Formerly friendly neighbors turn to crazed maniacs. A stranger at a gas station shoves a nozzle down a customer's throat and pulls the trigger. A soaking-wet line of movie-goers smashes its way into a theater to slaughter the people inside. A loving wife attacks her husband, still beating his head against the floor long after he's dead. As the rain falls, blood flows in the gutters -- and terror runs through the streets.
08

Funland
The resort of Boleta Bay is not the carefree place it used to be. A series of unexplained disappearances, and holiday-makers threatened by an army of leering bums, casts a shadow over summer pleasures. But now Boleta Bay is fighting back and their campaign leads them to the abandoned Funhouse.
09

After Midnight
Alice has quite a story to tell you. That's not her real name, of course. she couldn't give her real name, not after all the things she reveals about herself in this book. All of her... adventures. And all that killing. She wouldn't want the police to find her, now would she? — It started out so nice. Alice was house-sitting for her friend, enjoying having the whole place to herself, with the sunken bathtub and big-screen television. But everything went wrong that first night, when she looked out the window and saw a strange man jumping naked into the swimming pool. Alice just knew he would be coming to get her, like all those other men before. But she would never be a victim again. Not after she remembered the old Civil War saber hanging in the living room...
10

In the woods are six dead trees. The Killing Trees. That's where they take them. Innocent travellers on the road in California. Seized and bound, stripped of their valuables and shackled to the Trees. To wait. In the woods. In the dark...