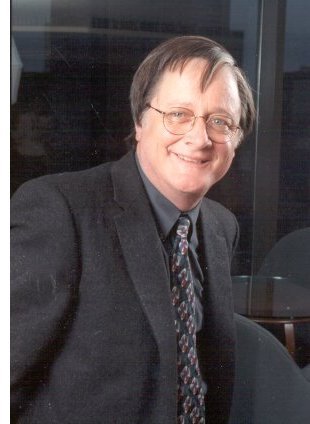 Most of Powers's novels are "secret histories": he uses actual, documented historical events featuring famous people, but shows another view of them in which occult or supernatural factors heavily influence the motivations and actions of the characters.


Powers was born in Buffalo, New York, and grew up in California, where his Roman Catholic family moved in 1959.

He studied English Literature at Cal State Fullerton, where he first met James Blaylock and K.W. Jeter, both of whom remained close friends and occasional collaborators; the trio have half-seriously referred to themselves as "steampunks" in contrast to the prevailing cyberpunk genre of the 1980s. Powers and Blaylock invented the poet William Ashbless while they were at Cal State Fullerton.

Another friend Powers first met during this period was noted science fiction writer Philip K. Dick; the character named "David" in Dick's novel VALIS is based on Powers and Do Androids Dream of Electric Sheep? (Blade Runner) is dedicated to him.

Powers's first major novel was The Drawing of the Dark (1979), but the novel that earned him wide praise was The Anubis Gates, which won the Philip K. Dick Award, and has since been published in many other languages.

Powers also teaches part-time in his role as Writer in Residence for the Orange County High School of the Arts where his friend, Blaylock, is Director of the Creative Writing Department. Powers and his wife, Serena, currently live in Muscoy, California. He has frequently served as a mentor author as part of the Clarion science fiction/fantasy writer's workshop.

He also taught part time at the University of Redlands.

Tim Powers is the author of books: The Anubis Gates, On Stranger Tides, Last Call (Fault Lines, #1), Declare, The Drawing of the Dark, The Stress of Her Regard, Expiration Date (Fault Lines, #2), Three Days to Never, Earthquake Weather (Fault Lines, #3), Hide Me Among the Graves

The Anubis Gates
Brendan Doyle, a specialist in the work of the early-nineteenth century poet William Ashbless, reluctantly accepts an invitation from a millionaire to act as a guide to time-travelling tourists. But while attending a lecture given by Samuel Taylor Coleridge in 1810, he becomes marooned in Regency London, where dark and dangerous forces know about the gates in time.

Caught up in the intrigue between rival bands of beggars, pursued by Egyptian sorcerers, and befriended by Coleridge, Doyle somehow survives and learns more about the mysterious Ashbless than he could ever have imagined possible...
02

On Stranger Tides
Aboard the Vociferous Carmichael, puppeteer John Chandagnac is sailing toward Jamaica to claim his stolen birthright from an unscrupulous uncle, when the vessel is captured . . . by pirates! Offered a choice by Captain Phil Davies to join their seafaring band or die, Chandagnac assumes the name John Shandy and a new life as a brigand. But more than swashbuckling sea battles and fabulous plunder await the novice buccaneer on the roiling Caribbean waters–for treachery and powerful vodun sorcery are coins of the realm in this dark new world. And for the love of beautiful, magically imperiled Beth Hurwood, Shandy will set sail on even stranger tides, following the savage, ghost-infested pirate king, Blackbeard, and a motley crew of the living and the dead to the cursed nightmare banks of the fabled Fountain of Youth.
03

Last Call (Fault Lines, #1)
Set in Las Vegas, Last Call concerns the fate of Scott Crane, former professional gambler, recent widower, blind in one eye--and also the lost natural son of the man who is determined to kill him. In this novel, Crane is forced to resume the high-stakes game of a lifetime--and wager it all.
04

Declare
As a young double agent infiltrating the Soviet spy network in Nazi-occupied Paris, Andrew Hale finds himself caught up in a secret, even more ruthless war. Two decades later, in 1963, he will be forced to confront again the nightmare that has haunted his adult life: a lethal unfinished operation code-named Declare. From the corridors of Whitehall to the Arabian desert, from post-war Berlin to the streets of Cold War Moscow, Hale's desperate quest draws him into international politics and gritty espionage tradecraft -- and inexorably drives Hale, the fiery and beautiful Communist agent Elena Teresa Ceniza-Bendiga, and Kim Philby, mysterious traitor to the British cause, to a deadly confrontation on the high glaciers of Mount Ararat, in the very shadow of the fabulous and perilous Ark.
05

The Drawing of the Dark
Del Rey's Impact line introduces a list of titles that have "slipped through the cracks and become buried treasure." The re-release of Tim Powers's The Drawing of the Dark (first published in 1979) is indeed worthy of the imprint. It was his third novel and first foray into the fantasy genre.

It is the year 1529 and Brian Duffy, a soldier of fortune, finds himself in Venice. A late-night confrontation with three brothers over a matter of honor convinces Brian to find greener pastures. After a chance meeting with an old monk named Aurelainus, Brian finds himself hired on to be the bouncer at the famous Herzwesten brewery and inn (formerly a monastery) located in Vienna. During Brian's voyage from Venice to Vienna, he crosses the Dolomite Mountains, only to meet assassins who attack him. Dwarves and creatures Brian knew only from mythology assist him in vanquishing his attackers.

The mythical Fisher King is a central character in The Drawing of the Dark, and cameos by the Roman god Bacchus, the Lady of the Lake, reincarnations of King Arthur and Sigmund from Norse mythology, Merlin, and hosts of soldiers, including Vikings and Swiss mercenaries, add to the otherworldly feel. The legendary heroes are allied against legions of soldiers from the Turkish Ottoman Empire under Suleiman and his wizard Ibrahim, who try to repeat the successes of their 1521 and 1526 invasions of eastern Europe by laying siege to Vienna. But just what is their objective? The city or the beer?

Tim Powers does a great job of tying the historical invasion of eastern Europe by the Turks to a rollicking, fun-filled fantasy, which offers its own reasons for the invasion and a wonderful cast of heroes that ultimately repel the invaders. This is a must-read for Tim Powers fans and for readers who have yet to delve into his rich, wonderful worlds. --Robert Gately

The Stress of Her Regard
When Michael Crawford discovers his bride brutally murdered in their wedding bed, he is forced to flee not only to prove his innocence, but to avoid the deadly embrace of a vampire who has claimed him as her true bridegroom.

Joining forces with Byron, Keats, and Shelley in a desperate journey that crisscrosses Europe, Crawford desperately seeks his freedom from this vengeful lover who haunts his dreams and will not rest until she destroys all that he cherishes.

Told in the guise of a secret history, this long-awaited tale of passion and terror is finally back in print after more than 20 years.
07

Expiration Date (Fault Lines, #2)
In the second book of the Fault Lines trilogy, Tim Powers dazzles with a dark and extraordinary urban fantasy set in an otherworldly LA, as a young boy finds himself targeted by malevolent ghost hunters

There is a Los Angeles that few people can see, a shadowed metropolis of ghosts, ghost hunters, and ghost junkies who crave the addictive rush of inhaled spirits. When eleven-year-old Koot Hoomie Parganas decides to flee the constrictive grasp of his New Age parents, he inadvertently steps into this world. Escaping with his parents’ most prized possession, Koot is soon the object of the most intense supernatural manhunt in history. On an ordinary day, Los Angeles can be treacherous; this “other” LA could prove downright fatal for an unsuspecting youngster who’s suddenly the target of every hungry ghost hunter prowling the City of Angels. But Koot will not be taken easily. And though not everyone racing to Koot’s side means him harm, they are greatly outnumbered by malevolent forces driven by a terrible, undeniable need.

Expiration Date is the second book in the Fault Line trilogy, which begins with Last Call and concludes with Earthquake Weather. At once exhilarating and terrifying, this book is a bravura display of the brilliant, bold invention that has moved bestselling author Peter Straub to declare World Fantasy and Philip K. Dick award-winner Tim Powers “one of my absolute favorite writers.”
08

Three Days to Never
When Albert Einstein told Franklin Roosevelt in 1939 that the atomic bomb was possible, he did not tell the president about another discovery he had made, something so extreme and horrific it remained a secret . . . until now. This extraordinary new novel from one of the most brilliant talents in contemporary fiction is a standout literary thriller in which one man stumbles upon the discovery Einstein himself tried to keep hidden.

When twelve-year-old Daphne Marrity takes a videotape labeled Pee-wee's Big Adventure from her grandmother's house, neither she nor her college-professor father, Frank Marrity, has any idea that the theft has drawn the attention of both the Israeli Secret Service and an ancient European cabal of occultists—or that within hours they'll be visited by her long-lost grandfather, who is also desperate to get that tape.

And when Daphne's teddy bear is stolen, a blind assassin nearly kills Frank, and a phantom begins to speak to her from a switched-off television set, Daphne and her father find themselves caught in the middle of a murderous power struggle that originated long ago in Israel and Germany but now crashes through Los Angeles and out to the Mojave Desert. To survive, they must quickly learn the rules of a dangerous magical chess game and use all their cleverness and courage—as well as their love and loyalty to each other—to escape a fate more profound than death.

A pulse-pounding epic adventure that blurs the lines between espionage and the supernatural; good and evil; past, present and future, Three Days to Never is an exhilarating masterwork of speculative suspense from the always remarkable imagination of the incomparable Tim Powers.
09

Earthquake Weather (Fault Lines, #3)
A young woman possessed by a ghost has slain the Fisher King of the West, Scott Crane. Now, temporarily freed from that malevolent spirit, she seeks to restore the King to life.

But Crane's body has been taken to the magically protected home of Pete and Angelica Sullivan, and their adopted son, Koot Hoomie. Kootie is destined to be the next Fisher king, but he is only thirteen years old--too young, his mother thinks, to perform the rituals to assume the Kingship. But not too young, perhaps, to assist in reuniting Scott Crane's body and spirit, and restoring him to life.
10

Hide Me Among the Graves
Winter, 1862. A malevolent spirit roams the cold and gloomy streets of Victorian London, the vampiric ghost of John Polidori, the onetime physician of the mad, bad and dangerous Romantic poet Lord Byron. Polidori is also the supernatural muse to his niece and nephew, poet Christina Rossetti and her artist brother Dante Gabriel.

But Polidori's taste for debauchery has grown excessive. He is determined to possess the life and soul of an innocent young girl, the daughter of a veterinarian and a reformed prostitute he once haunted. And he has resurrected Dante's dead wife, transforming her into a horrifying vampire. The Rossettis know the time has come – Polidori must be stopped. Joining forces with the girl's unlikely parents, they are plunged into a supernatural London underworld whose existence they never suspected.

These wildly mismatched allies – a strait-laced animal doctor, and ex-prostitute, a poet, a painter, and even the Artful Dodger-like young daughter – must ultimately choose between the banality and constraints of human life and the unholy immortality that Polidori offers. Sweeping from high society to grimy slums, elegant West End salons to pre-Roman catacombs beneath St. Paul's cathedral, Hide Me Among The Graves blends the historical and the supernatural in a dazzling, edge-of-your-seat thrill ride.