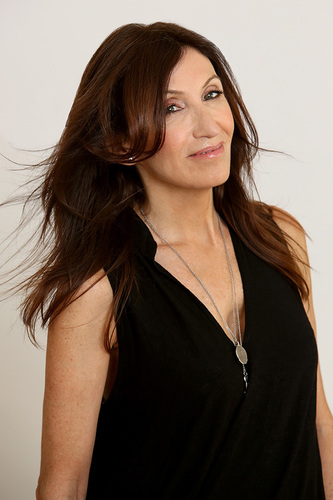 Francesca Lia Block is the author of more than twenty-five books of fiction, non-fiction, short stories and poetry. She received the Spectrum Award, the Phoenix Award, the ALA Rainbow Award and the 2005 Margaret A. Edwards Lifetime Achievement Award, as well as other citations from the American Library Association and from the New York Times Book Review, School Library Journal and Publisher’s Weekly. She was named Writer-in-Residence at Pasadena City College in 2014. Her work has been translated into Italian, French, German Japanese, Danish, Norwegian, Swedish, Finnish and Portuguese. Francesca has also published stories, poems, essays and interviews in The Los Angeles Times, The L.A. Review of Books, Spin, Nylon, Black Clock and Rattle among others. In addition to writing, she teaches creative writing at University of Redlands, UCLA Extension, Antioch University, and privately in Los Angeles where she was born, raised and currently still lives.

Weetzie Bat (Weetzie Bat, #1)
In 1989 Francesca Lia Block made a dazzling entrance into the literary scene with what would become one of the most talked-about books of the decade; Weetzie Bat. This poetic roller coaster swoop has a sleek new design to match its new sister and brother books, Goat Girls and Beautiful Boys. Rediscover the magic of Weetzie Bat, Ms. Block's sophisticated, slinkster-cool love song to L.A., the book that shattered the standard, captivated readers of all generations, and made Francesca Lia Block one of the most heralded authors of the last decade.

This could be a book about cheap cheese and bean burritos, slinkster dogs, lanky lizards and rubber chickens ...Or strawberry sundaes with marshmallow toppings, surfing, stage-diving and sleeping on the beach ...It could even be a book about magic. But what it's definitely about is Weetzie Bat, her best friend Dirk and their search across L.A. for the most dangerous angel of all ...true love.
02

Dangerous Angels (Weetzie Bat, #1-5)
Love is a dangerous angel...Francesca Lia Block's luminous saga of interwoven lives will send the senses into wild overdrive. These post-modern fairy tales chronicle the thin line between fear and desire, pain and pleasure, cutting loose and holding on in a world where everyone is vulnerable to the most beautiful and dangerous angel of all: love.
03

The Rose and the Beast: Fairy Tales Retold
With language that is both lyrical and distinctly her own, Francesca Lia Block turns nine fairy tales inside out.

Escaping the poisoned apple, Snow frees herself from possession to find the truth of love in an unexpected place.

A club girl from L.A., awakening from a long sleep to the memories of her past, finally finds release from its curse.

And Beauty learns that Beasts can understand more than men.

Within these singular, timeless landscapes, the brutal and the magical collide, and the heroine triumphs because of the strength she finds in a pen, a paintbrush, a lover, a friend, a mother, and finally, in herself.
04


A tiny fairy winging her way through the jasmine-scented L.A. night. A little girl caught in a grown-up glitz-and-glitter world of superstars and supermodels. A too beautiful boy with a secret he can never share . . .

From the author of Weetzie Bat comes a magical, mesmerizing tale of transformation. This is the story of Barbie Marks, who dreams of being the one behind the Cyclops eye of the camera, not the voiceless one in front of it; who longs to run away to New York City where she can be herself, not some barley flesh-and-blood version of the plastic doll she was named after. It is the story of Griffin Tyler, whose androgynous beauty hides the dark pain he holds inside. And finally it is the story of Mab, a pinkie-sized, magenta-haired, straight-talking fairy, who may or may not be real but who helps Barbie and Griffin uncover the strength beneath the pain, and who teaches that love—like a sparkling web of light spinning around our bodies and our souls—is what can heal even the deepest scars.
05

Echo
Francesca Lia Block has charmed and amazed young audiences with tales of the mystical and ethereal. This outstanding story is no different. Following the life of Echo, an L.A. baby born to an artistic dad and a mom who's an angel, this enthralling story offers more than fairy dust and the supernatural. It tells the tale of a girl who feels doomed to be less than angelic, at least in comparison with her mother. Mom's startling beauty and aura enchant all who meet her, and Echo can never keep up. Desperate to be loved as much, and maybe find her own identity, she escapes to the boys in her life. Ultimately, she must rely on herself for the strength to survive.

Simple text ands story lines do not appeal to Block, who weaves a tale with amazing grace and the flowing energy of a true genius. Images of vampires, ghosts, and fairies fill these pages, daring the reader to believe. Told from the point of view of Echo and the key players in her life, the story imparts a dreamlike quality to Echo's life. This a novel layered with pain beauty, and triumph, all which will appeal to young readers.

Violet & Claire
In search of material for a screenplay they are developing, seventeen-year-old Violet and her new friend Claire try to make life a movie as they chase their dreams through dangerously beautiful Los Angeles.
07

Witch Baby (Weetzie Bat, #2)
The family that took her in called her Witch Baby and raised her as their own. But even though she tried to fit in, Witch Baby never felt as though she truly belonged. So one day she packed her bat-shaped backpack, put on her black cowboy-boot roller skates, and went out into the world to find out who she really was...
08

Meet Lady Ivory and Alabaster Dutchess, who interview their favorite rock star, Nick Agate, only to discover the magic and power in themselves. Meet Tuck Budd, who is happy living in Manhattan with her two moms, Izzy and Anastasia, until she begins to wonder who her father is. Meet La, who faces the loss of her mother with an imaginary androgynous blue friend who lives in her closet. Zingingly bright and dreamily dark, full of wonder and gritty reality, these stories by acclaimed author Francesca Lia Block show the reader that in every girl there truly is a goddess.

The cutting-edge author of Weetzie Bat once again breaks new ground with Girl Goddess #9, nine stories about girl goddesses of every age and shape and color and size, wearing combat boots and spiky hair or dressed all in white. One girl has two moms, another has no mother at all but a strange blue skinned creature that lives in her closet. One is a rock star groupie, another loves dancing and reading poetry and having picnics in the backyard when the moon is full. These are stories about girls discovering that the world is not a simple place and that there is more than one way to live'all in Ms. Block's rich, lyrical language that fans have come to adore and that Sassy magazine called ‘a dream.'
09

Wasteland
An exquisite novel about the consequences of who we choose to love.

Lex and his sister, Marina, are inseparable. The air they share has always been light and boundless, but suddenly it's weighted down. And now Lex is gone. When the one relationship that cradled her turns out to shatter her sense of self, Marina needs her friend West to help put the pieces back together. But Marina won't feel truly complete until she faces the past that is haunting her.

Highly acclaimed and award-winning author Francesca Lia Block tells the tale of a brother and sister whose loving relationship is too intense for them to bear. With the sensitivity and refinement that Block is known for, she manages to weave together her characters and their lives into this beautiful and thought-provoking tale.
10

The Hanged Man
After the death of her father, Laurel is haunted by a legacy of family secrets, hidden shame, and shattered glass. Immersing herself in the heady rhythms of a city that is like something wild, caged, and pacing, Laurel tries to lose herself. But when she runs away from the past, she discovers a passion so powerful, it brings her roundabout and face-to-face with the demons she wants to avoid.In a stunning departure from her enormously popular Weetzie Bat books, Francesca Lia Block weaves a darkly exhilarating tale of shattered passions and family secrets.